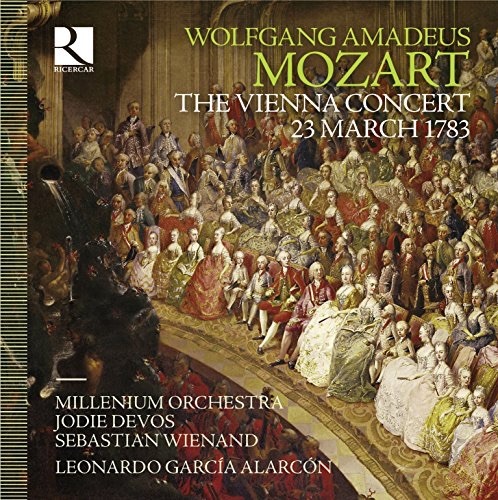 On March 23, 1783, an important concert took place in Vienna, where the 27-year old Mozart had resided since 1781. From his Salzburg repertoire, he borrowed the Haffner Symphony, and added the long, heavenly concertante movement for wind instruments from the Posthorn Serenade. The brave C major Piano Concerto K. 415 was there, one of the composer's favorites, along with arias from his operas Idomeneo and Lucio Silla, plus overtures and various vocal and instrumental pieces.

Placed in the middle of Mozart at his most infectious public self sits the curiously alien Gigue K. 574 which he reportedly improvised while playing at Bach's organ in the Thomaskirche in Leipzig in 1789 (the chronology for the recording is fanciful is some of its details, but somehow it is authentic nonetheless).

Based in the Wallonian capital of Namur, the Millenium Orchestra conducted by Leonardo Garcia Alarcón, have mimicked this historic concert, "so that the listener can rediscover this monumental night as if they were there." The earthy yet sophisticated performances catch the core of Mozart that has lasted across four centuries, through times of peace and war. 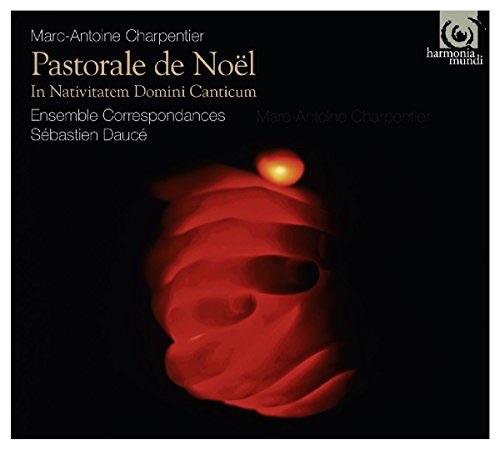 Marc Antoine Charpentier's lovely Pastorale de Noël recreates Christmas Eve as it was celebrated in France during the reign of Louis XIV. Charpentier's depiction of the shepherds' vision of the angel, and their pilgrimage to the manger in Bethlehem, is simultaneously exquisitely charming, authentically fervent and naively luscious in a precursor of the Marie Antoinette style. The Lyons-based L'Ensemble Correspondances takes its name from Baudelaire's poem singing of the intercourse between music and life. 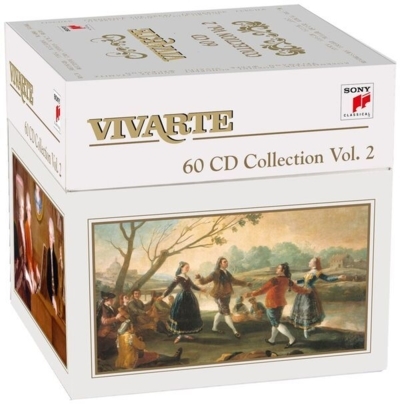 Sony Classical have unleashed the second of their boxed sets devoted to the groundbreaking Vivarte series, which launched in 1989 and blazed thrilling trails under the leadership of Wolf Erichson. The music ranges from Brumel to Boccherini to Brahms, from 9th century liturgical hymns to the madrigals of Lasso and the masses of Schubert.

The players features the names that made the world safe for early music, like Anner Bylsma, Gustav Leonhardt, Jos van Immerseel, Jeanne Lamon, Bruno Weil and ensembles like Tafelmusik, Archibudelli, Mozzafiato, the Huelgas Ensemble and the Vienna Boys Choir in five of Schubert's Masses. The dedication and sense of mission that Erichson, the musicians and productions teams he worked with poured into making these recordings can still be heard today, when familiarity with these periods and their complexity of styles, has become more widely known if not more fully understood.

The 60 CDs, each in a paper sleeve with the original artwork of the former CDs, are accompanied by a 240-page booklet with the invaluable original liner notes for each recording. The price of basically $1 a disc is astounding. 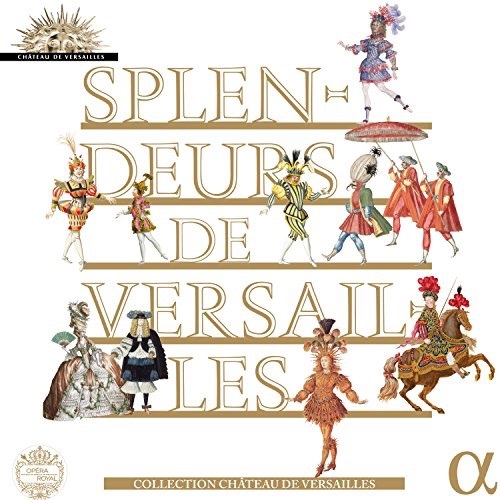 Versailles is remembered for its court, its atmosphere, its music, and the splendor which defined a moment in time with an incomparably rich cultural history. The works associated with the palace have travelled down the centuries, and today represent a precious part of the Western music tradition. In this release, Alpha retraces the musical life of the unique and luminous universe of Versailles in recordings made 1999-2013 including highly-acclaimed performances by Café Zimmermann in harpsichord pieces and arias by Lully, Céline Frisch in d'Anglebert, a selection of delectable mindless divertissements by Skip Sempé and Capriccio Stravagante, and all sorts of te deums and requiems by Lully and Charpentier. 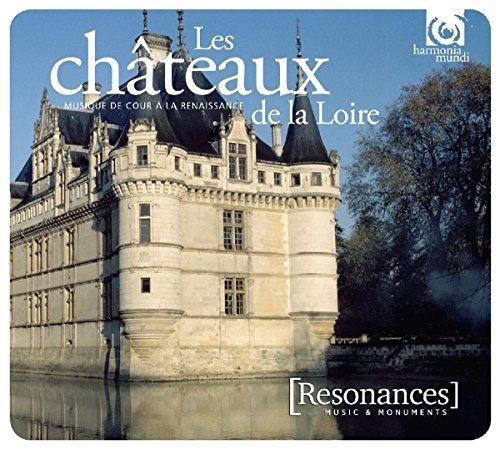 Castles of the Loire: Royal Court Music During the Renaissance. Harmonia Mundi 2 CDs

The music at the glorious chateaux of the Loire Valley in the fifteenth and sixteenth centuries, when they were vacation homes of kings and showcases for French cultural and musical life, comes to vivid life in the label's sumptuous new Resonances: Music & Monuments packaging, which includes a seductive timeline, a colorful fold-out map, a 20-page English booklet and two CDs worth of some of the label's greatest ever recordings, made in the glorious years from 1984 to 1994.

Today, the chateaux are historic landmarks and permanent symbols of French Renaissance splendor, many of which continue to resound with music of the period, thanks to a cultural destination industry that has rediscovered this repertory. This program is an evocation of the pleasures, festivities, hunts and dances that graced the days and nights of the court of France, and of the joyous life that reigned there for decades.

On Wars and Royal Banquets, the Broadside Band and Jeremy Barlow entertain with infectious, actually danceable dances, the Ensemble Clément Jannequin regales with a battle mass and chansons set to the poetry of Pierre Ronsard. On the second, A Feast with Rabelais, there is an appetizing selection of more chansons and instrumental pieces from the first half of the 16th century.