"When I see these guys in the street, it's like seeing me when I came to the U.S.," Munoz said, explaining his motivation for helping the immigrants, most of whom are homeless. "I had nothing."

The crusade of this 46-year-old Colombian-American bus driver who earns about $650 a week is largely self-financed. The food is prepared in his family's home in Woodhaven, Queens, by his 70-year-old mother and his sister, Luz, with the occasional help of volunteers.

PHOTO GALLERY
A Night With Jorge by Carla Candia

"When you hand a meal to someone who is waiting in 30-degree weather, sometimes 20 degrees, and that person smiles," said this 5-foot-2 devout Christian who goes by the nickname "Colombia," "you see that what you're doing is OK."

Munoz started what he calls his "mission" in 2004, after watching employees of an airplane-food processing plant in Long Island throw away huge numbers of meals. He then made an arrangement with the company so that he could keep the food and give it to the poor.

"Mr. Colombia is a small man, but he's got a big heart," said one Mexican worker, while digging into a plate of lentils and rice. "He is kind of an angel."

Anyone who would like to contribute to Munoz's project can visit the website of the organization "An Angel in Queens". "Money, rice, sugar, pasta, knives, forks - anything is good," Munoz said.

Mr. Colombia, An Angel in Queens (PHOTOS)
A Night With Jorge by Carla Candia 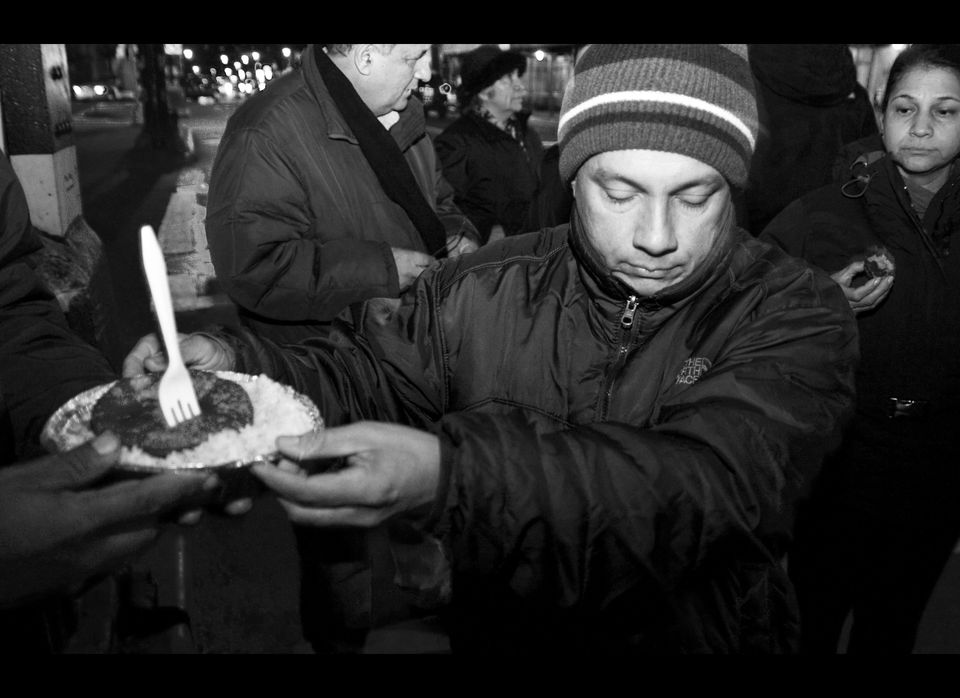 1 / 12
Colombian immigrant Jorge Munoz, 46, drives every night of the week to the corner of 73rd St. and Roosevelt Ave. in Queens, where he hands out up to 140 meals to hungry day laborers and homeless people.
Carla Candia