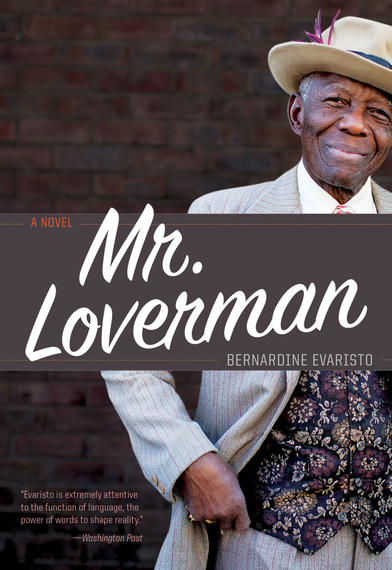 James Baldwin once stated that "love takes off masks that we fear we cannot live without and know we cannot live within." This is a sentiment that applies equally to anyone who has ever experienced a profound sense of difference, a secret identity that is both a source of comfort and corrosion.

One of the many challenges with settling for "living in Narnia" -- the closet -- is that it invalidates half of your existence without you realizing that you have consented to such a huge degree of self-erasure; and what is left is a half-life teeming with anxiety, paranoia, shame and fear. This is where the love that Baldwin discusses so eloquently retains both its balm-like and burning qualities.

Stepping out into the sun requires strength. Although the majority of us who do come out of the closet increasingly do so at a younger age there are also those late-bloomers, those beautiful, older LGBT men and women who have spent a lifetime with one foot in the shadows and the other in a state of strenuously cultivated emotional paralysis, a seemingly sunlit space peopled with straight spouses, children and grandchildren.

This concept of double-identities, of secrets and consequences, forms the crux of British novelist and poet Bernardine Evaristo's latest work of fiction, Mr. Loverman, a dazzling, gorgeously textured portrayal of a gay, British-Caribbean late bloomer and his infectious zest for life, language and love. In fact, one of the most remarkable feats of the novel is show how a septuagenarian can possess the kind of sizzle and sexual passion that would make most millennials look like poor relations of Mary Poppins.

The septuagenarian in question is Barrington Jedidiah Walker Esq, an Antiguan-born dandy based for decades in East London, who's deeply in love with his childhood sweetheart, Morris Courtney de la Roux. The caveat is that Barrington is married to Carmel, his wife of 50 years. Carmel suspects that Barrington, or Barry as he's also known, is having an affair, but assumes it to be with a woman. What Evaristo does so well is not only depict the strain that Barrington's justifiable deception places on his marriage but she also deepens the narrative to include Carmel's side of the story. One uses the term "justifiable" deception entirely accurately here. Homosexuality is still illegal in most parts of the Caribbean and Antigua is no exception. As evinced by the attitudes of Barrington's grandson, Daniel, this stigma has seeped from generation to generation, from one continent to the next, creating a virulent animus against gay relationships within Britain's collective black community, and the consequence of coming out of the closet is immediate rejection or violence.

So if Barrington's deception can be considered justifiable -- even for a minute -- what about Carmel's reality? A 50-year marriage is a lifetime's investment, and Evaristo depicts Carmel's disappointments with earth-deep empathy, showing us her vibrant youth, her pursuit of spiritual sustenance through the Church, and her struggle with post-natal depression. It is a beautiful, touching portrait of a woman pushed to the edge of her parameters. There is no victimhood here, and that sentiment extends to Barrington's circumstances as well. The plot fizzes in a way that enables Barrington to confront his fears and face up to the truth of his "down-low" lifestyle with results that are poignant and cathartic in equal measure.

It must be noted that by writing directly in the voice of an older, gay Caribbean man, Bernardine Evaristo, who's British-Nigerian and a woman, has executed an extraordinary act of ventriloquism that crosses gender boundaries as well as racial, cultural, sexual and linguistic differences. The fact that she accomplishes all of this with lyricism, authenticity and compassion is not only an act of bravery and confidence but a testament to her virtuosic capabilities as a writer. If the novelist's job is to make sense of the world, Bernardine Evaristo's entire oeuvre attests to her desire to upend preconceived notions of what is and isn't impossible and reflect that mirror right back at her readers. Mr. Loverman is a powerful, morally rigorous and joyful novel and Bernardine Evaristo is a writer at the height of her imaginative powers.

Mr. Loverman by Bernardine Evaristo is published by Akashic Books. You can purchase the book here.