Jim McBride prides himself on running the most principled X-rated site in the biz. That’s MrSkin.com, of “Knocked Up” fame, an exhaustive online database of “every female nude scene in the history of film,” according to its founder and spokesman.

Last month, the square-jawed Chicagoan -- Mr. Skin to you and me -- unveiled the obvious next step.

Welcome to MrMan.com, a land of Bales and Baron Cohens, instead of Knightleys and Dunhams. It's where men get their kit off onscreen.

Christian Bale, a favorite on the new site MrMan.com, showers in a scene from American Psycho.

Yes, there is finally a Mr. Skin “for women”! Or so enthused the exclamation-strewn press release sent to the Huffington Post.

In reality though, MrMan.com -- not to be confused with MrMen.com, a fan site devoted to the rotund British cartoon characters -- is closing out its first month as a hotspot for gay men. McBride estimates an “80 to 20” male to female ratio among visitors to the site, who have to subscribe for full access.

His staff, a world-weary tribe of copywriters, video editors, and “skinterns” (half of them women, McBride says), apparently “knew without question, there’d be a much bigger gay audience for Mr. Man.”

McBride's explanation for the gender gap? The stigma of homosexuality has faded even as male nude scenes have multiplied, making 2013 the “perfect” time to launch the counterpart to his 14-year-old forever teen, Mr. Skin. He's also of the opinion that men are simply more “pervy" than women. "They'll walk through a wall for a good nude scene."

Still, the site is meant to look gender neutral, he says, for reasons we couldn't get out of him. (Do advertisers prefer a "for women" tagline? Does a long view show ladies eventually coming around? McBride is a sunny but sphinx-like spokesman -- we may never know the answers to such questions.)

A rising star of the male nudie circuit, Michael Fassbender, in Shame.

Because this is a product of the wonky Skin empire, chronicler of it all, weirdos also lurk beneath. Arnold Schwarzenegger, Sylvester Stallone, Robin Williams. They’ve all done “full frontal,” McBride says excitedly, sounding like a kid sharing little-known facts about the animal kingdom.

“Huey Lewis, in the movie 'Short Cuts,' showed his -- whether it was a prosthetic or not is a question -- but he did show a penis,” McBride tells us. 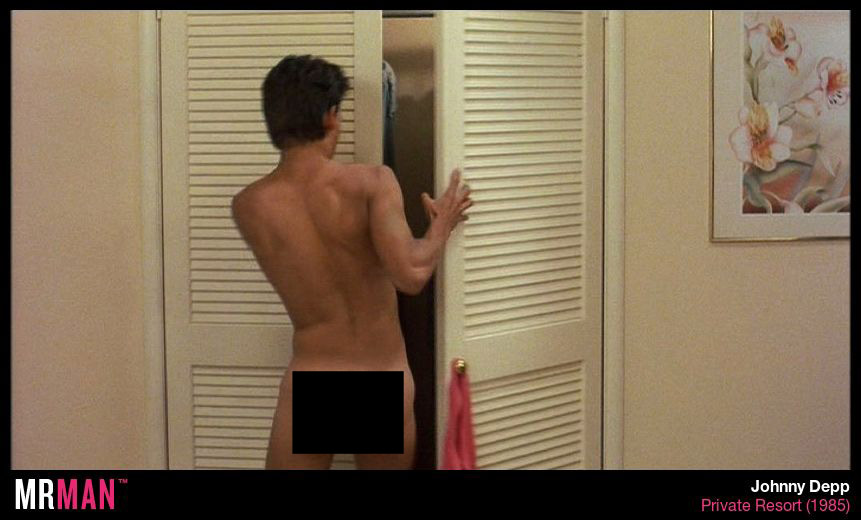 A more usual suspect: Johnny Depp's behind in "Private Resort."

A note on that excitement: McBride isn’t sheepish about what he does. He speaks of his work as a service, part psych study on the appeal of the naked celeb (“We feel a familiarity, as if we know them, that makes it more thrilling”); part timeline of the raunch factor of TV’s unfolding golden age (“It’s like having almost a full length movie every week. Instead of having to wait one or two years for a nude scene, they’re doing 14 seasons with at least five per”). 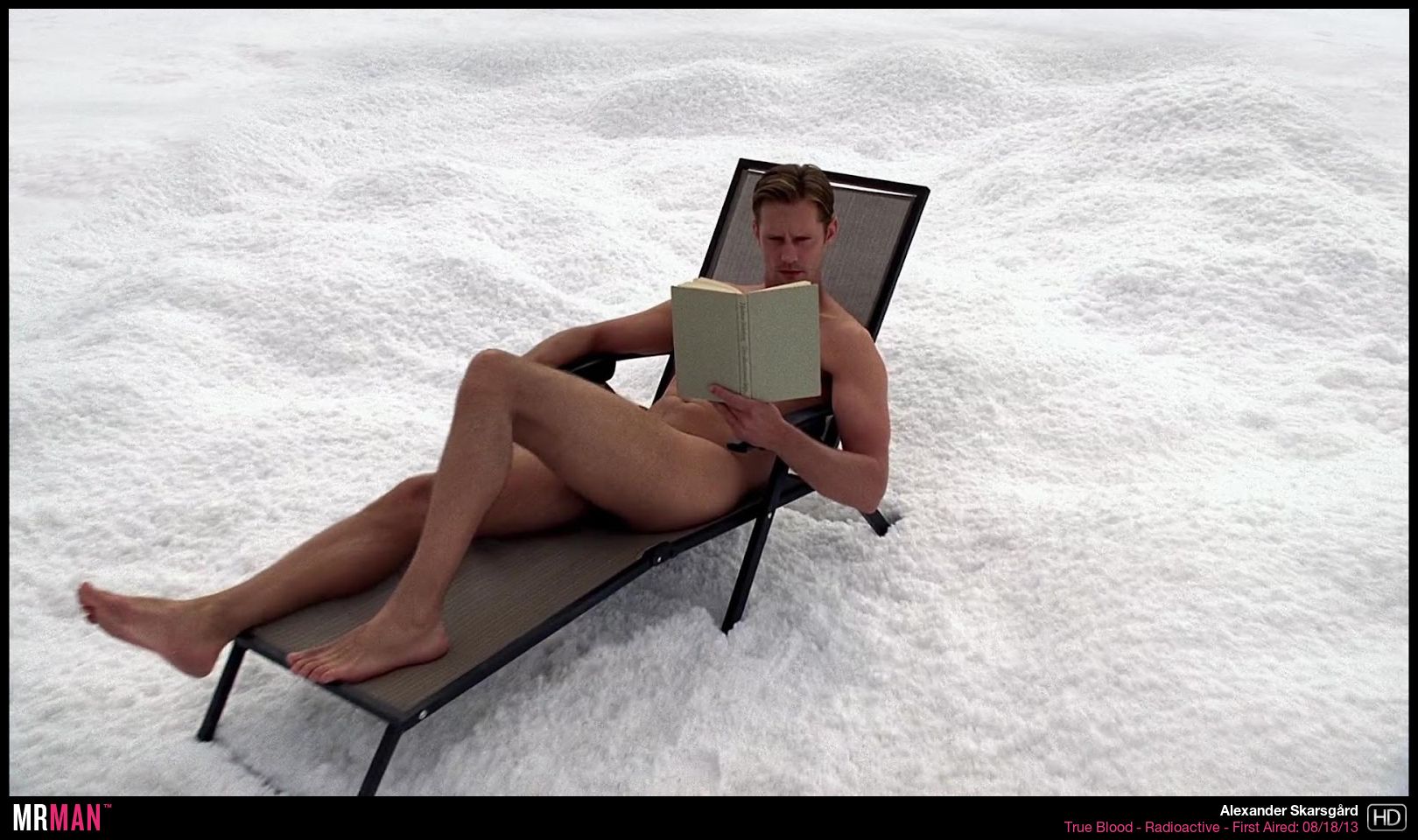 A still from "True Blood," one of the skin-happy modern shows that McBride says keeps his content flowing.

There is history of a kind housed here. A scholar can make his way from Hollywood’s first full frontal scene, in the 1969 social drama "Women In Love," to the site's most watched hero right now -- Channing Tatum, stripping down in what is practically a legend of the male nudie genre already, "Magic Mike."

With the site launched, McBride is on the lookout for the right Mr. Man, an “articulate” woman or gay man who can gush to the media about prosthetic penises knowledgeably. He says he's a "civilian" in matters of male nudity.

But he knows the search takes time in this business. Even McBride, by all accounts happily married despite the odds, is a conflicted mascot.

His three kids, ages six, eight, and nine, have taken to eavesdropping outside his home office door during interviews. And "it does make me uncomfortable," he admits, "when my son says, ‘Dad, you were talking about big breasts on the radio.'”