On February 1, Secretary of State Hillary Clinton stepped down after four years of intrepid service at the State Department. Some say during her very rousing exit performance, she gave herself too much credit; some say the credit was richly overdue. But in my book, she was the official who inserted state-owned enterprises into the American vocabulary (see the New York Times, "US Stresses Concessions From China") and it was she who got the country to consider whether we are ready to take on the next global force.

State-owned enterprises -- how to define it to the general American audience? If an American corporation can be defined as a nexus of contracts, then state-owned enterprises are a nexus of unwritten contracts enforced by the full backing of the government. Coming up the ranks as a China operations business manager, I have dealt with this genre -- state-owned enterprises -- I've lived through the pain of its punishing top-down decrees, watched it take long puffs on its cigarette intake and waited with abated breath to learn what my project's fate was: either "yay" or "meh!" (which really meant "nay"). Once you are in an industry that is dominated by the Chinese government, almost every business proposition you suggest will require you to work within its labyrinths. Those who know how to operate in their boardrooms are worth their weight in gold.

In the early days of doing business in China (1970's, anyone?) I first began studying its body parts, but fast forward 40 years, it was our Secretary Clinton who first cast the state-owned enterprises mold (or in China hand speak, SOE) as something Americans must face up to. Kudos to her. 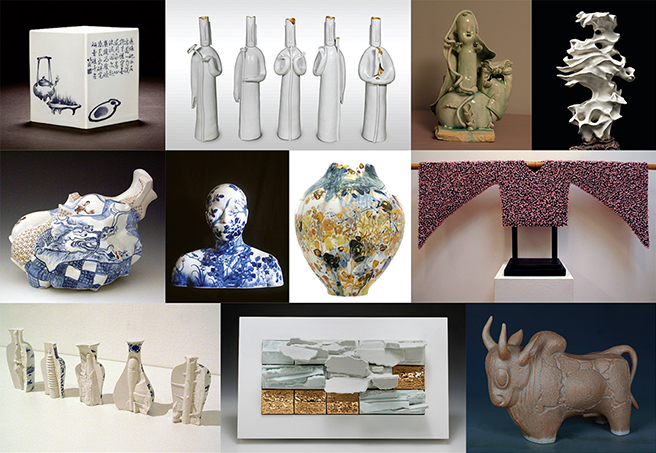 On more than one occasion, while I was consulting, when people ask what I do, I'd answer "China operations business consultant" and then they'd ask me whether I mean China as in china (the porcelain). So to pay homage to these queries, I went to China Institute's New "China": Porcelain Art from Jingdezhen, 1910-2012. I sure hope you don't miss it, because it is such a rarity (the show has been extended until Feb. 17, 2013).

The Chinese town of Jingdezhen was known as "Porcelain Capital to the World" and was established more than 1000 years ago. And since porcelain's composition and method of manufacture were a mystery, as a major source of China trade ceramics, the town has impacted world history. Think of global demand for beautiful ceramicware and if anyone anywhere else wanted anything beautiful in that category, they had to come to this town to commission its clay fabricators, glaze painters and kiln firers to work together.

As a counterpoint to Jingdezhen, I am reminded of Germany's town of Meissen, where one lonely and miserable alchemist, Johann Boettger toiled non-stop until he gave his life to successfully reproducing manufactured porcelain outside of China -- he died shortly thereafter and very ill at the age of 37 in 1719, most likely because of all the hazardous materials he ingested along the way.

The Gallery has its small collection in two rooms -- to compensate for its brevity, the range is varied, including a film video. My favorite contemporary piece is Zhao's "Impression of Water." She stands tall in singled-out kind of way -- we know she is created materially by ceramic powders, dust and glaze but one looks upon it and immediately one believes the artist has surely captured the essence of water: free-flowing, of monotony and an enter-and-you-shall-lose-yourself-in-me kind of beam.

Doing business in China is often like this, how do you explain the essence of water? I advise American executives that to do business the American way in China will trip up your success and is equivalent to cutting off the spigot.

I once asked a New York artist-ceramicist what makes her art form unique and she answered in one word: multi-disciplinary. You've got to master fine art, chemistry, physics, sculpting, coloring, climatology, mechanical engineering (for the kiln), etc. I was impressed. And after the New "China" exhibit, you will be too.

The China Institute Gallery's Jingdezhen exhibit has been extended through Monday, February 17, 2013.