Ms. magazine is hitting back at Time and Newsweek for putting John Boehner on their covers after he became the presumptive Speaker of the House in the wake of the 2010 midterm elections--and they're doing it by putting someone those magazines never featured on their covers during her four years as Speaker: Nancy Pelosi.

The cover line? "The Woman Time and Newsweek Won't Put On Their Covers." 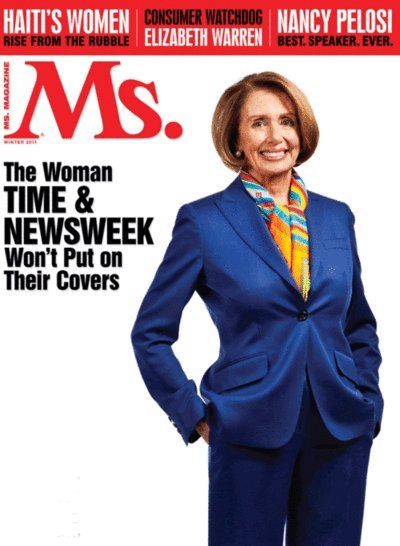 Pelosi herself mentioned this discrepancy to the New York Times' Deborah Solomon in a November interview conducted after the Democrats' midterm loss. Asked by Solomon how politics is harder for women, Pelosi said:

"When I became the speaker, we won 30 seats. It was a victorious thing -- I was the first woman speaker. It didn't get that much play. And I'm not a publicity seeker, so it was O.K. with me. Boehner, before the election, they had him on the cover of Newsweek. Now he's on the cover of Time, and women are coming to me and saying, 'Is the job less important when a woman holds it?'"

Time and Newsweek did indeed put Boehner on their covers (see below.) By contrast, after the 2006 midterms, Time put an analysis piece about centrism by Joe Klein on its cover. Newsweek put both President Bushes on its cover.

Ms. played on Pelosi's comments, even using the picture the Times took for her Solomon interview on its cover. 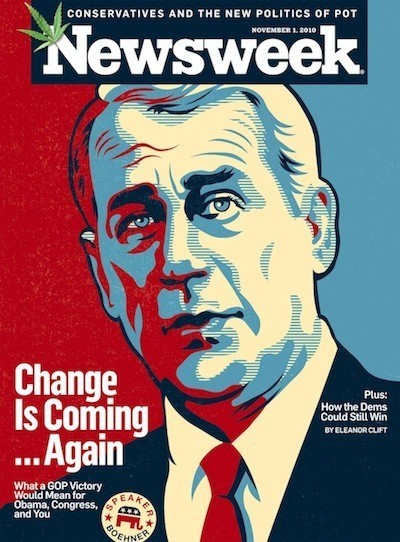 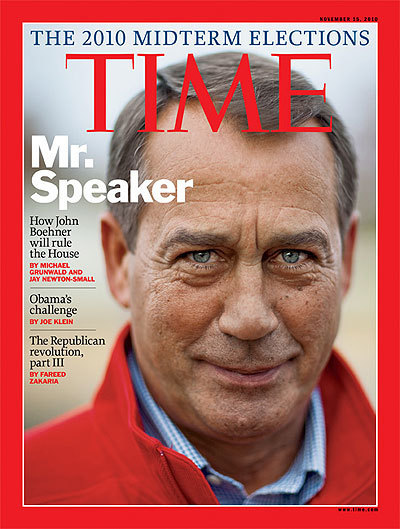