As politicians gathered in London last week to discuss aid for Syria, the appalling suffering continued unabated. Syrians are living under bombardment, as hundreds of explosive devices are dropped on their cities and towns each day - predominantly by their own government. This situation is compounded by Russian, U.S., French and British airstrikes forcing even more people to flee in search of safety. Yet their options to escape are rapidly running out.

For those trapped inside Syria, the destruction of key infrastructure - including hospitals, clinics, schools, water pumps, grain silos and bakeries - makes life increasingly untenable. According to a credible monitoring group, in the three months until January, 53 medical facilities, 37 schools or educational spaces and 20 marketplaces, food distribution points or bakeries were hit by airstrikes. The war in Syria is being waged against its own people. 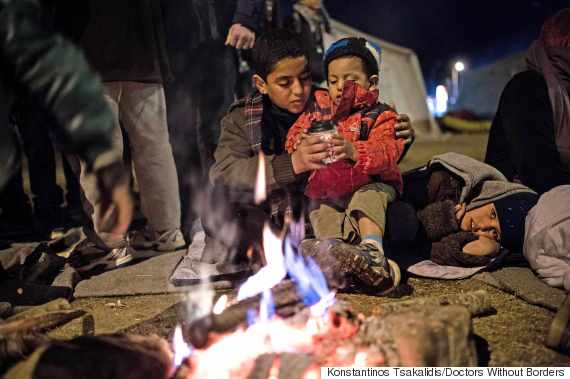 MSF estimates that 1.5 million people are trapped in sieges imposed by Syrian government forces and opposition groups. 12-year-old Salim and his brother, from Syria, rest at the Idomeni refugee camp, on the Greek-Macedonian border.

Trucks, transit hubs and roads have also been heavily bombed, disrupting the supply route for bringing essentials including food, fuel and humanitarian aid to some 600,000 people in Azaz district and the east of Aleppo city. 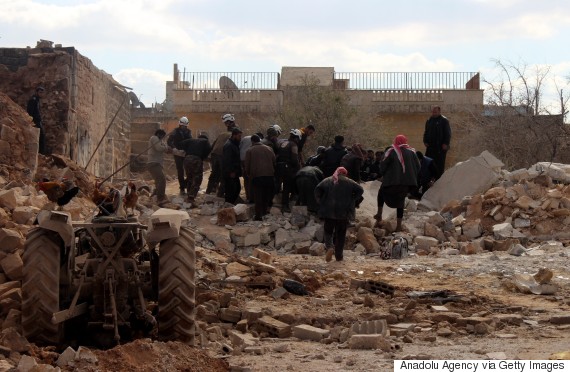 A lot of key infrastructure in Syria, including hospitals, clinics, schools, water pumps and bakeries, have been destroyed, Liu writes.

Doctors Without Borders/Médecins Sans Frontières (MSF) estimates that over 1.5 million people are trapped in sieges imposed by the Syrian government-led coalition, as well as by opposition groups. Medical supplies are systematically blocked and the evacuation of critically ill or wounded patients is all but impossible under siege. Madaya is an extreme example of the use of siege tactics in Syria, where MSF-supported medics inside the town report that 49 people have died of starvation - so far.

Running is the only option for many people, but is becoming harder by the day. The violence has already forced 6.5 million people - half of them children - to flee their homes within the country. Some 120,000 people were forced to leave their homes in Aleppo, Hama and Idlib governorates in September - a direct result of the intensified bombing campaigns. Another four million have left Syria, some trying to rebuild their lives in Jordan, Lebanon or Turkey, others risking their lives by crossing the sea to Europe. 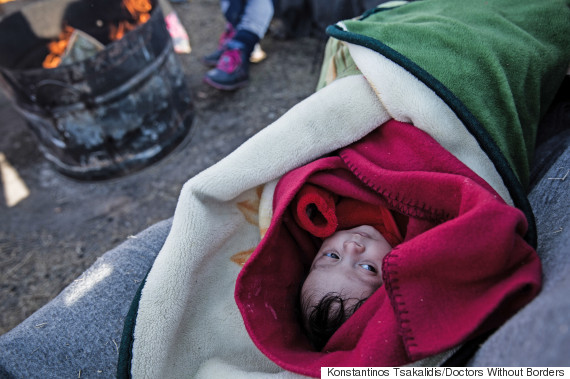 Two-month-old Feisal, from Syria, lies next to a camp fire in Polykastro, a town near the Greek-Macedonian border. The violence in Syria has driven 6.5 million people, half of them children, from their homes, Liu said.

But escaping Syria is becoming increasingly hard. The Jordanian and Lebanese borders are virtually closed to new arrivals, while Iraq, embroiled in its own violence, is not an option. Even fleeing the bombs for elsewhere in Syria is often out of the question, with so many areas under siege or controlled by groups such as the so-called Islamic State.

In the meantime, the European Union has externalized the management of its borders to Turkey, handing over three billion euros in return for a clampdown on Syrians hoping to flee to Europe. There's a knock-on effect of border closures from Europe all the way to Syria, resulting in civilians being trapped in one of the most brutal wars of our times. 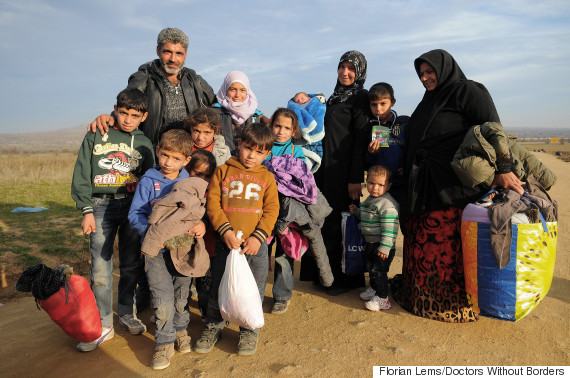 A family from Idlib, Syria, cross the border from Macedonia into Serbia. Escaping Syria has become increasingly hard, Liu said. Neighboring countries Jordan and Lebanon have "virtually closed to new arrivals, while Iraq, embroiled in its own violence, is not an option," she added.

Over the past five years belligerent parties, including four members of the UN Security Council, have not only failed the Syrian people, but have actively increased their suffering. And yet they have a responsibility to spare civilians. Solutions must be found to reduce the heavy toll the civilian population is paying inside Syria and as they try to flee.