MSNBC's Martin Bashir was outraged over guest Dr. Craig Mitchell's refusal to say that he believed Obama is a Christian on Wednesday.

The exchange took place one day after another MSNBC guest questioned President Obama's religious beliefs. Franklin Graham, the son of televangelist Billy Graham, refused to say whether he knew that Obama was a Christian.

On Wednesday, Bashir asked Mitchell, an associate professor at Southwestern Baptist Theological Seminary, to weigh in on critics' allegations that Obama is "somehow sub-Christian."

Mitchell said that other American presidents have faced those charges, and that people had the right to question Obama. "But you know, people do have their concerns and it’s not wrong for them to express those ideas," he said.

Bashir asked him to identify other presidents who have been questioned over their religious beliefs. Mitchell said that Obama "has a unique set of circumstances." The MSNBC host then asked his guest a blunt question. "Sir, do you believe he’s a Christian?" Bashir asked.

"What I know is that he says he's a Christian, so I have to take him at his word," Mitchell answered.

Bashir was not satisfied with the response, and cited what he said were Obama's public affirmations of his Christian beliefs. "I'm not asking you if you take him at his word," he said. "Do you believe that he's a Christian?"

"I don’t know if he’s a Christian or not," Mitchell said. "I've never met the man. I've never talked with him and a lot of people say that they're Christians. That doesn't mean that they are." 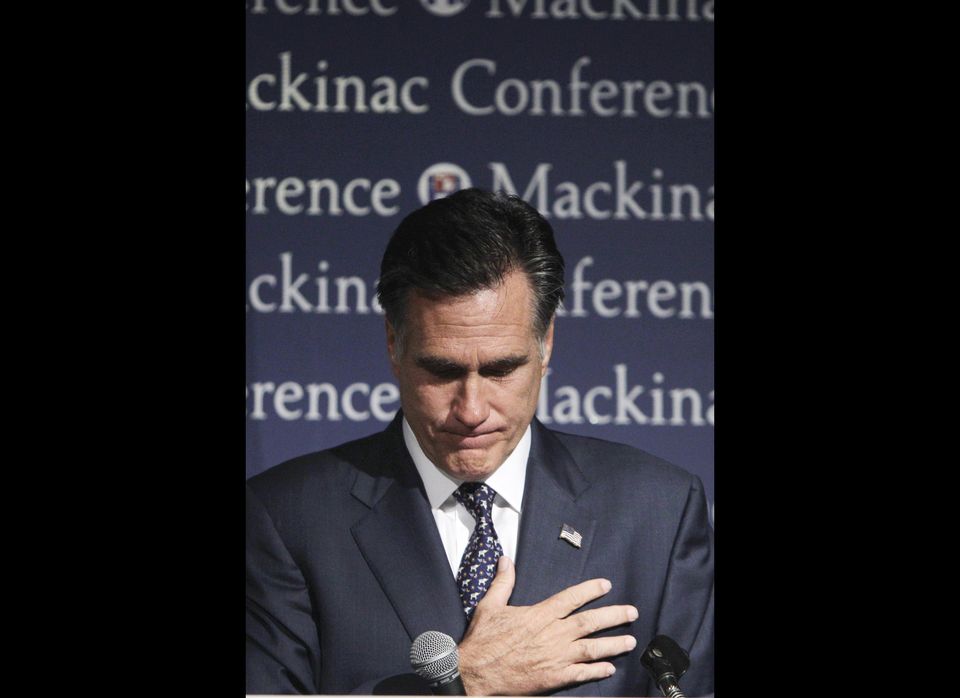 1 / 7
Mitt Romney on American Chosenness
In an October foreign policy speech, <a href="https://www.huffpost.com/entry/mitt-romney-speech-foreign-policy_n_1000158" target="_hplink">Mitt Romney said</a>: "God did not create this country to be a nation of followers. America is not destined to be one of several equally balanced global powers. America must lead the world, or someone else will." Photo: Former Mass. Gov. Romney bows his head during his address to the Republican Leadership Conference on Mackinac Island, Mich., Sept. 24.
AP Photo/Carlos Osorio