The placards in the on-site museum aren't afraid to admit it: South Dakota's state historian Doane Robinson constructed a massive series of sculptures in the granite of the Black Hills with the expressed goal of luring more tourists to this lonely corner of the country.

South Dakota Senator Peter Norbeck and Congressman William Williamson signed on and the nascent group recruited Gutzon Borglum to create a work that would be so superlative it would draw patriots from far and wide -- his was to be an attraction so compelling it would warrant a detour to match the scale of the American West.

Today, the faces of Washington, Jefferson, Lincoln and Roosevelt proudly survey the Black Hills. They appear on license plates across the state, tagged with the line "Great Faces, Great Places." They're even referenced on the flag, which bears the official motto of South Dakota: "The Mount Rushmore State."

Roughly three million people a year visit the sculpture. Most come during the summer.

That means the best time to see this creative, inspiring, elegant and controversial work is in the off season, when, according to one park ranger, visitor figures drop from an average of 5,000 a day to about 100 a day. Without the bustle of thousands of visitors, it becomes possible to breathe a bit more deeply, the air tinged with smoke from a controlled burn in the forest below, and dream a bit about the past, when hiring a relatively obscure artist to spend more than a decade carving a sculpture into the remote Black Hills seemed like a no-brainer.

Like the Grand Canyon or the Hoover Dam, Mount Rushmore is suddenly urban despite its remoteness, reachable only by long, meandering drives that end with a traffic backup and predatory scenarios in parking lots. At least, that's how I imagine it. Things were different in December, despite picture-perfect weather touching 60 degrees under crisp blue skies.

No, I wasn't the only visitor there, but the vibe was exceedingly laid back. Two guys had set up a picnic table in the vast (and mostly empty) parking garage. A couple driving from Arkansas to Seattle stopped by for a snapshot. Three buddies visiting South Dakota on a hunting trip tried to convince a park ranger to leave the monumental landscapes of the west for a turn east of the Appalachians. (She seemed disinclined to accept their invitation.) Photographers set up tripods, carefully composing their shots without the fear that a passerby might jostle their equipment.

It was relaxing, contemplative, inspiring and simply enjoyable. Even in December, and with due credit to Robinson, it was worth the visit. 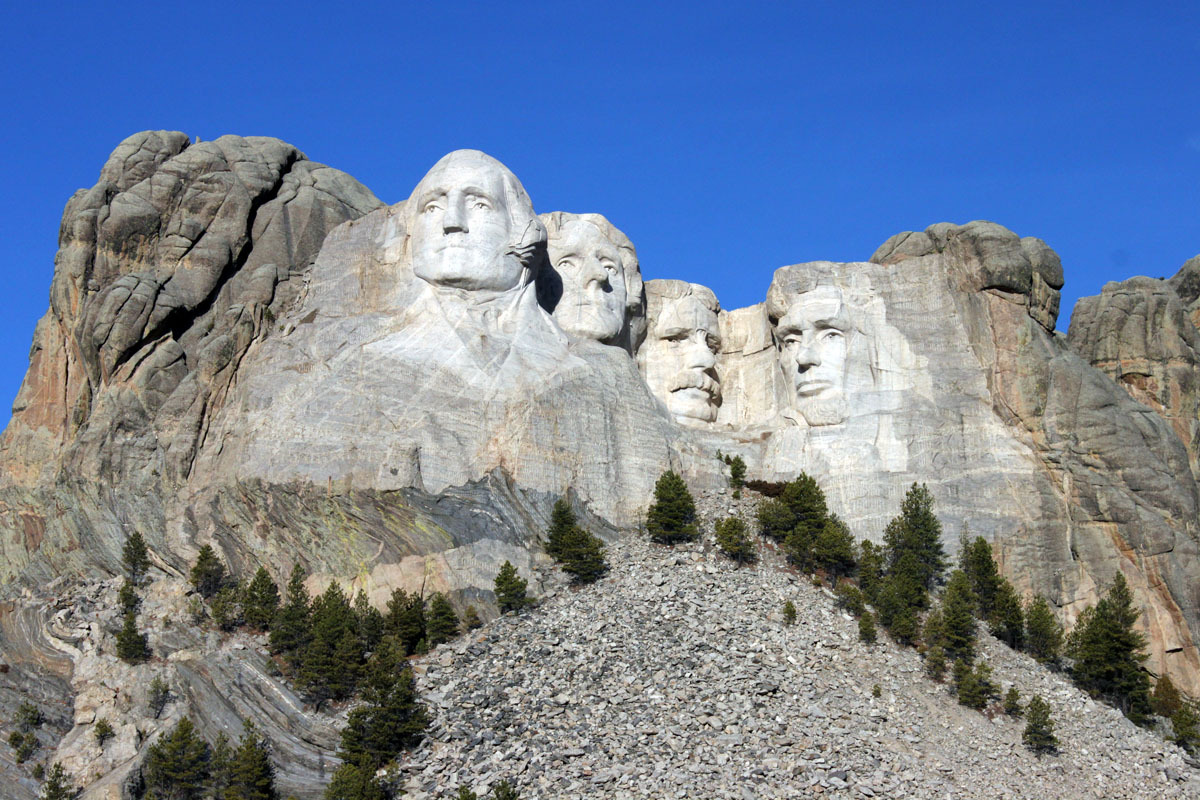