The honor goes to Kanye West, whose tweets have been acted out by little kids and paired with New Yorker cartoons.

Here's Kanye's winning tweet: "I hate when I'm on a flight and I wake up with a water bottle next to me like oh great now I gotta be responsible for this water bottle."

Although Kanye was the only person nominated for the award, selecting a single gem was a difficult task, according to a statement released by MTV. Other contenders included, "dating models I had to learn to like small dogs and cigarettes" and "I specifically ordered Persian rugs with cherub imagery!!! What do I have to do to get a simple Persian rug with cherub imagery uuuuugh."

Do you think Kanye's water bottle tweet is the best of the year? Do you have another favorite? Leave suggestions in the comments or email us at technology@huffingtonpost.com. You can also upload a screenshot of your favorite tweet using the participation tool (below).

Then, visit MTV's O Music Awards site, where you can learn more about these "open, ongoing, online" awards and see who else has been nominated.

PHOTO GALLERY
Best Tweet Of The Year
Download
Calling all HuffPost superfans!
Sign up for membership to become a founding member and help shape HuffPost's next chapter
Join HuffPost
Voting Made Easy
Register to vote and apply for an absentee ballot today
Register now 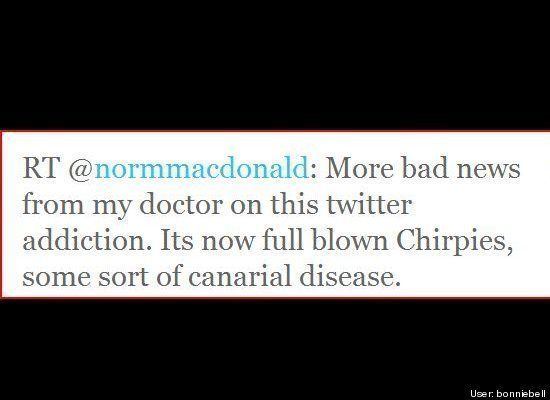