MTV's new Shannara Chronicles (Tuesday, 10 p.m.) may be set thousands of years in the future, but to some of us old-timers, it feels like 1963 all over again.

And that's just how it shakes down in Shannara Chronicles, right? Two girls - royal-blooded Amberle (Poppy Drayton) and scrappy street kid Eritrea (Ivana Baquero) - team up with one guy - geeky but hunky Wil Ohmsford (Austin Butler) - to save the world. 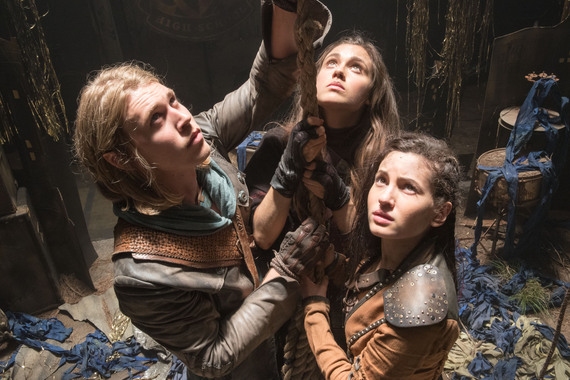 Actually, it is pretty cool, whether you remember Jan and Dean or not - and okay, for most MTV viewers, talking about 1963 is like talking about buffalo paintings on the walls of Babylonian caves.

Shannara Chronicles does, however, connect to the past, because it's set in a post-apocalyptic world that in many ways has been hurled back into a much more primitive state.

Madmen with doomsday weapons and leaders with more ambition than wisdom destroyed pretty much everything, including technology.

So the world in which this new series opens has been reshaped into The Four Lands, which are ruled by the Elvin, who as the name suggests are elves. Other players include gnomes, dwarves and trolls, while some swaths of territory have devolved into no-man's land, inhabited by lawless gypsies called Rovers.

Eritrea, for instance, is a Rover, with an eerie similarity to Cameron Bicondova's young Catwoman on Fox's Gotham.

Tenuous as all this might sound for any sort of functional governance structure, the Elvin have overseen several centuries of relative peace, apparently thanks to the power of magic.

When science became a casualty of the apocalypse, earlier concepts like magic rose again, and while there's considerable debate among the characters whether magic really exists, it seems to have been the force that has isolated and imprisoned the world's demons for these several centuries, thus ensuring the peace.

The key to keeping those demons from reinfecting the earth lies in the magical Ellcrys tree, whose nurturing and protection is the highest mission of the Elvin.

As we join the story, alas, the Ellcrys tree seems to be dying, which is a problem because every time it drops a leaf, a demon is released.

So someone has to stop the demons and figure out the problem with the Ellcrys, all the while navigating the dramas of a dysfunctional royal family with an aging patriarch and some gaps in the management structure.

That's where our three heroes enter the picture, and happily they get help from the last surviving Druid, the whimsically named Allanon (Manu Bennett), who understands the strategic deployment of good magic and also knows almost everything else the kids are going to have to learn.

Shannara Chronicles gives MTV a new full-immersion plunge into the fantasy genre that's become one of TV's hottest tickets, and naturally it comes with an MTV stamp. It's full of attractive young actors and actresses who get to battle evil and say clever things while dipping in and out of matters common to all teenagers and young adults, like romance and, um, romance. 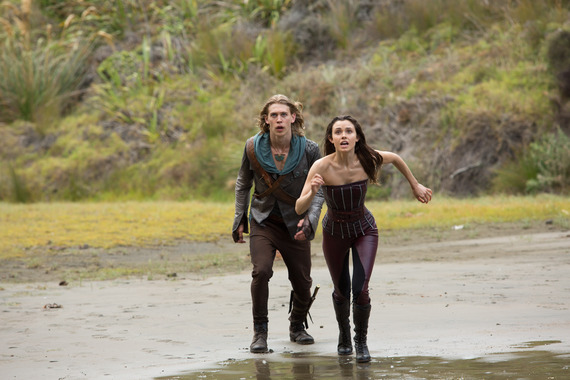 The book series has been likened to Lord of the Rings, and passages in the TV series may remind some viewers of everything from Harry Potter to Hunger Games to Games of Thrones Lite.

So yes, it has enough mainstream elements to attract a wider audience than just hard-core fans of the book series or fantasy - though, as we all know, that kind of breakthrough appeal often also requires a touch of magic.