Celebrations have erupted in Libya and neighboring nations as news broke of the reported capture and death of former Libyan leader Muammar Gaddafi in his hometown Sirte.

Gaddafi's whereabouts had been unknown since the former dictator fled Tripoli, when the capital fell to revolutionary forces earlier this year.

View photos of Libyans celebrating throughout the world in the gallery below. 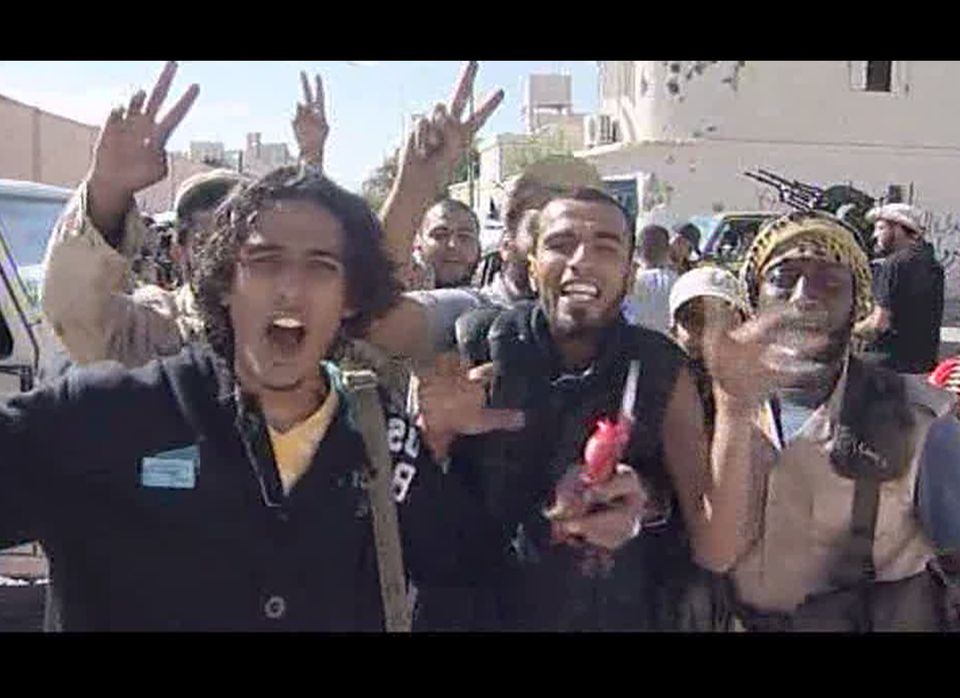