CAIRO, Aug 19 (Reuters) - Egypt's disgraced former President Hosni Mubarak will be released from jail soon, after prosecutors cleared him in a corruption case, his lawyer said on Monday, dropping a new bombshell on a nation in turmoil.

The most populous Arab country is already enduring the bloodiest internal conflict in its modern history as the army, which deposed President Mohamed Morsi on July 3 after huge protests against him, cracks down on his Muslim Brotherhood.

Mubarak, 85, was arrested after a popular uprising overthrew him on Feb. 11, 2011 as unrest spread across the Arab world.

In scenes that mesmerised Arabs, the ex-strongman appeared in a court-room cage during his trial on charges that ranged from corruption to complicity in the murder of protesters.

More than a year on, the only legal grounds for Mubarak's continued detention rest on another corruption case which his lawyer, Fareed el-Deeb, said would be settled swiftly.

"All we have left is a simple administrative procedure that should take no more than 48 hours. He should be freed by the end of the week," Deeb told Reuters.

Without confirming that Mubarak would be freed, a judicial source said the former leader would spend another two weeks behind bars before judicial authorities made a final decision in the outstanding case against him.

Mubarak, along with his interior minister, was convicted and sentenced to life in prison last year for failing to stop the killing of protesters in the revolt that swept him from power.

He still faces a retrial in that case after appeals from the prosecution and defence, but this would not necessarily require him to stay in jail. Mubarak did not appear at a hearing in the case on Saturday. He was also absent from Monday's proceedings.

He is being held at Tora prison on the southern outskirts of Cairo, the same facility where senior Brotherhood members have been detained in a clampdown that followed Morsi's ouster.

Mubarak's eventual release could stir more political tension in Egypt, where at least 850 people, including 70 policemen and soldiers, have been killed since the army-backed government forcibly dispersed Brotherhood sit-ins in Cairo on Wednesday.

In separate violence, suspected Islamist militants killed at least 24 policemen on Monday in the Sinai peninsula, where attacks on security forces have multiplied since Morsi's ouster.

Three policemen were also wounded in the grenade and machinegun attack near the north Sinai town of Rafah on the border with Israel, medical and security sources said.

Photos circulated on social media and purporting to show the aftermath of the attack showed victims lying with their hands tied behind them, apparently shot execution-style. They were not in uniform. The photos could not be immediately verified.

The assault underlined the challenges facing Egypt's new rulers, who portray their campaign as a fight against terrorism.

One policeman was also shot dead by a sniper in the Sinai city of El Arish, the state news agency reported, quoting a security source.

The Brotherhood renounced violence decades ago and denies any links with armed militants, including those in Sinai who have gained strength since Mubarak's overthrow.

Mounting insecurity in Sinai also worries the United States because the desert peninsula lies next to Israel and the Hamas-ruled Gaza Strip, as well as the Suez Canal.

At least 36 Islamists died in government custody on Sunday, in an incident that the Brotherhood described as "murder" and the authorities said was a thwarted jailbreak.

"The murders show the violations and abuses that political detainees who oppose the July 3 coup get subjected to," said the Brotherhood, which has called for an independent, non-Egyptian investigation into the incident.

The Interior Ministry said 36 Brotherhood detainees had been suffocated by tear gas during an attempted prison breakout near Cairo. A legal source said 38 men had died from asphyxiation in the back of a crammed police van.

Egypt's upheaval is causing global jitters, but no consensus on how to respond has emerged in the West or the Arab world.

European Union diplomats were due to meet in Brussels to review how best to leverage some 5 billion euros ($6.7 billion) of promised grants and loans, looking to apply pressure on Cairo's army-backed government to find a compromise.

A senior EU official who asked not to be identified said the United States, Europe and Gulf Arab states had only limited influence on the generals now calling the shots in Egypt.

The United States, an ally of Egypt since it made peace with Israel in 1979, has postponed delivery of four F-16 fighters and scrapped a joint military exercise, but has not halted its $1.55 billion in annual aid, spent mostly on U.S.-made arms supplies.

However, Republican and Democrat U.S. lawmakers, some of them reversing the stances they had espoused before last week's crackdown in Egypt, said on Sunday the aid should be suspended.

"For us to sit by and watch this happen is a violation of everything that we stood for," said Senator John McCain, a former Republican presidential nominee.

Saudi Arabia, another U.S. ally, urged Washington and Europe not to penalise Cairo for its drive to crush the Muslim Brotherhood, whose political ambitions arouse mistrust in several Gulf Arab states, with the exception of Qatar.

Egyptian Foreign Minister Nabil Fahmy sought to pre-empt any attempt to use aid flows as a lever by saying he would look at all such assistance to see "what aid is being used to pressure Egypt and whether this aid has good intentions and credibility".

In his first public comments since hundreds of people were killed when security forces cleared two pro-Morsi camps in Cairo on Wednesday, army chief Abdel Fattah el-Sisi said he would not "stand by silently watching the destruction of the country".

Interim Prime Minister Hazem el-Beblawi has proposed disbanding the 85-year-old Brotherhood, which has won all of the five votes held in Egypt since Mubarak's overthrow.

Dozens of churches and other Christian properties have been looted and burned across Egypt since security forces violently broke up pro-Morsi sit-ins in Cairo last week.

In Minya, south of Cairo, the remains of a Christian-run orphanage were still smouldering late on Sunday. Two churches and several Christian-run shops in the city had been sacked.

A doctor, who declined to give his name for fear of reprisals, showed a brick he said Islamist protesters had thrown through his clinic window last week. "They are terrorists," he said, his voice quivering with anger.

The Muslim Brotherhood has condemned attacks on Christians and denies that it has instigated them. (Additional reporting by Lin Noueihed and Tom Perry in Cairo and Alex Dziadosz in Minya; Editing by Michael Georgy) 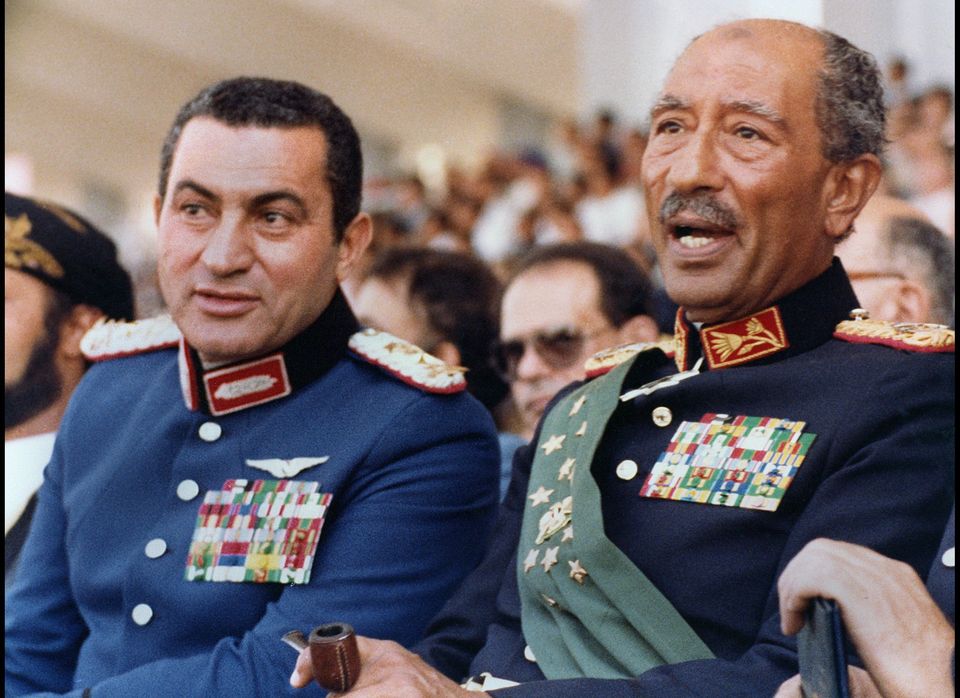