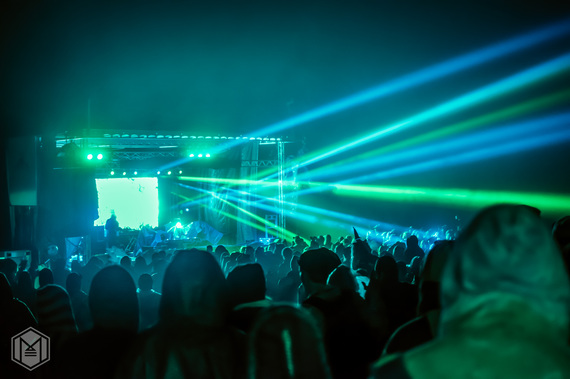 One of the most alluring aspects of music festivals is the idea of plucking live music out of the confines of clubs and arenas and plopping it into the great outdoors. From desert to sea, and forest to lake, there is nothing quite as captivating as partying under the sun and dancing with the moon as your disco ball. However, Mother Nature does not always accommodate our needs nor does she care upon whose parade she rains. The meteorological obstacles that are thrown at the festival community are a large part of what so deeply bind them. Facing and conquering these challenges with a smile are important to the festival experience. 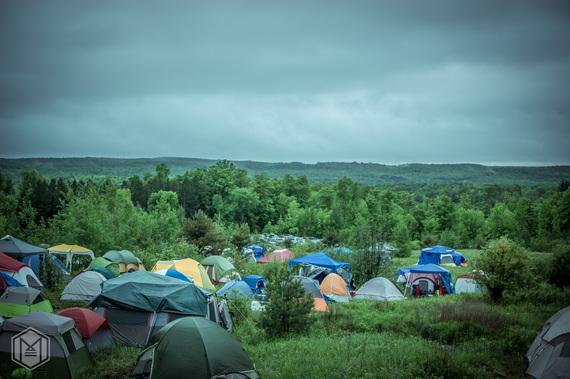 Celebrating their 5th and biggest year, Infrasound Music Festival 2016 took place in Highbridge, Wisconsin, an expansive disc golf course swathed in miles of deciduous forest and meadow. Located about 45 minutes south of Ashland on Lake Superior, it is a picturesque scene of what the Midwest has to offer. Being so close to a lake system, however, means unpredictable weather. Though Infrasound experienced rainfall and mud at last year's event at Camp N.C.N. in Black River Falls, nothing could prepare the organizers for what happened this year. 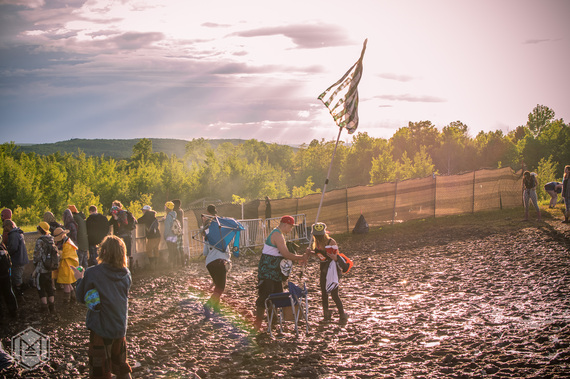 Not only were they at a new venue, but this new venue was far larger and hosted more people than previous Infrasounds so when the torrential downpour turned the lush green grass into a goop-stepping, bog-trotting mud circus, all they could do was smile and power through. The last day was hit with the largest storm system of the weekend with 45 mph winds rocking the main stage and hail pitter-pattering on camper's tents. Though thunder ominously continued to rumble from afar, the storm eventually cleared, letting some sunshine slip through and because of the crew's perseverance, the Funktion Ones continued to sing. 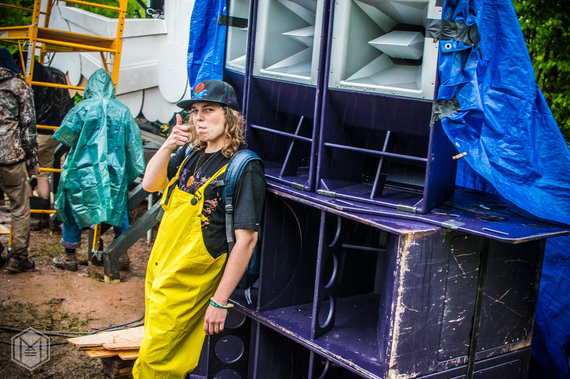 Divided into three areas, The Ridge, Treehouse, and Mendi's Beach, each stage was separated by a mild journey through wet and squishy terrain. Though most festival goers are no strangers to long walks, many complained of the distance between stages. If long walks through verdant, enchanted forests, mud or no mud, evokes any feelings of negativity, then maybe Infrasound is not for you. Most attendees, however, only slightly begrudgingly trudged through the sludge to fully experience the lineup that the Infrasound organizers so masterfully curated. 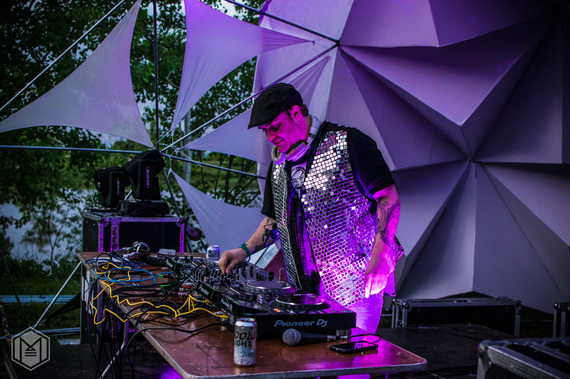 Mendi's Beach, named after the late Michael Arizmendi, one of Infrasound's original team members, was a geodesic dome with a 3D triangle backdrop that was custom built and designed by John Schroeder just for Infrasound. This stage hosted acts such as a down-tempo sunrise set by Bogtrotter which was the talk of the town and also The Widdler, Psydell, Saule, and Unicorn Fukr just to name a few. Lovers of dub happily stomped about, completely overtaken by the music and free from discomfort. 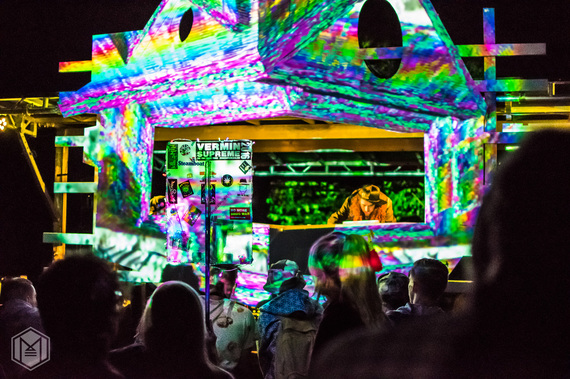 The Treehouse was a psychedelically whimsical cutout of a house (that also looked like the face of a frog depending on where you were standing) which acted as a canvas for mind-melting 3D mapping. Artists of various sonic palettes graced the branches of the Treehouse which included Soohan, Shlump, Tsuruda, Mumukshu and Sixis, all in a row, and Trevor Kelly, Sayer, Cualli, Lafa Taylor, Muzzy Bearr, Clozee and Space Jesus, also all in a row, and Eurythmy, Labrat, Antennae, KLL SMTH, Dimond Saints and Kalya Scintilla rocked the Treehouse on one of the muddiest days. With so much good music going on all over this festival, it was difficult to leave any of the stages when the constant inundation of gut-wobbling sound was seemingly endless. 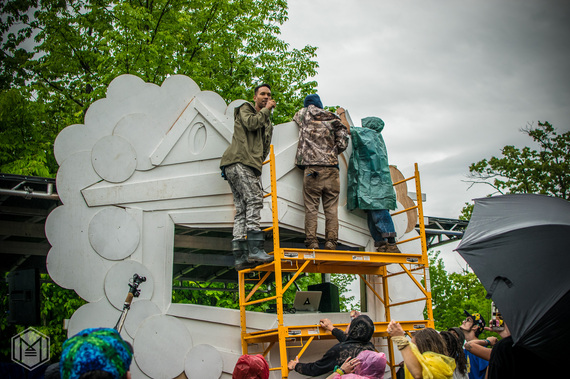 Essentially the main stage, The Ridge possessed the most central location, being surrounded by the campgrounds, wares and food vendors (shout out to the wizards at Prime Time Sandwiches). This stage also featured a new, festival-grade Funktion One sound system that my thirsty ears happily drank hours of music from. Just like Mendi's Beach and The Treehouse, the lineup for The Ridge was so stacked that it was impossible to catch everyone. 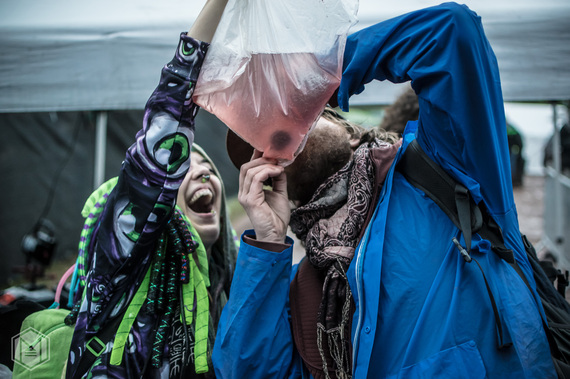 Early-day acts such as Duffrey, Subset, Megan Hamilton & The Bermudas and Edamame provided the perfect soundtrack for daily festival rituals such as waking up, perusing the vendors, drinking coffee, or skipping breakfast altogether and just going straight for the bag-of-wine. Though the dancefloor wasn't full, it was never empty. 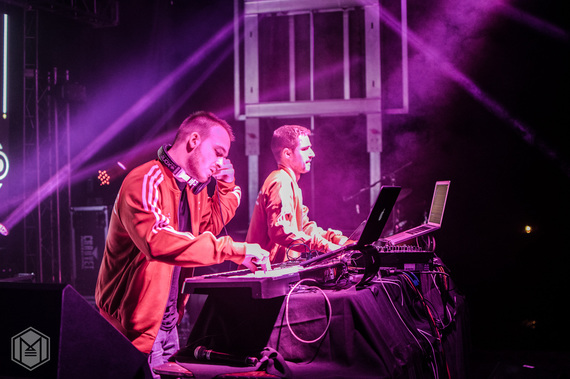 By the time the headlining acts took the stage, the mud became invisible as patrons bobbed, writhed and raged at the The Ridge. Exmag, Ganja White Night, Manic Focus and Pantyraid were some fan favorites of Thursday night, while Mr. Bill & KJ Sawka, Thriftworks, Ott, The Orb, and Noisia shook the earth on Friday night. On Saturday night, The Russ Liquid Test filled the air with beats and horns while Eoto and Shpongle (Raja Ram) shared the stage with the live painting of Alex and Allyson Grey. 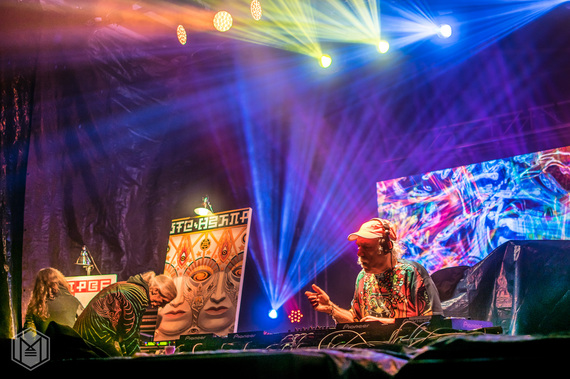 Sunday was a literal whirlwind as the heaviest storm of the weekend hit, sending attendees into their shelters and organizers into a frenzy. As the hail and 45 mph winds picked up, the music was put on hold until the storm passed. However, the music eventually prevailed and artists such as Hatcha, Goopsteppa and Atyya finally got to play their sets. 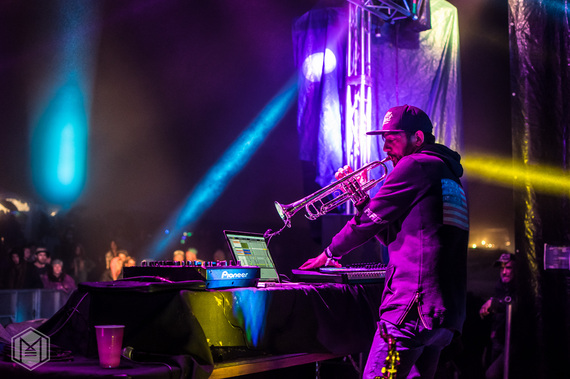 Despite the fact that Infrasound organizers experienced the worst case scenario for weather that weekend, they were resilient, accommodating, and as hopeful as they could possibly be. The weather wasn't all bad though. The heavy, creeping mist added an illuminating affect to the lights and there was one glorious, sunny morning that I spent picking daisies and cinamon-roll-hugging people in a meadow. There were many warm moments at Infrasound in spite of the cold and rainy weather. 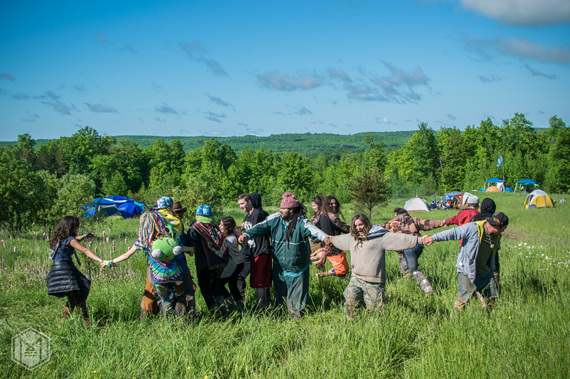 Happiness is not something that is found, but rather something that is created. Creating a place that facilitates the creation of happiness is not an easy task but in the end it's up to the patrons to find their bliss. Life is a constant whirlwind of dirt and glitter but once you blow off the dust, it's always the sparkles that stand out the most. 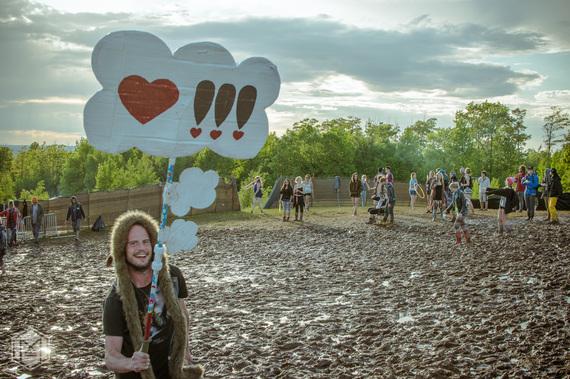 All photos by Miles Najera. Click here to see more!