MONTECITO, Calif. (Reuters) - The search for survivors from a devastating Southern California mudslide that has killed at least 17 people moved into its third day on Friday, with some 700 rescue workers expecting to find more dead victims.

Triggered by heavy rains, the massive slide struck before dawn on Tuesday, when a wall of mud and debris cascaded down hillsides that were denuded last month by wildfires, including the Thomas Fire, the largest blaze in the state’s history.

“Realistically we suspect we are going to have the discovery of more people killed in this incident,” Santa Barbara County Sheriff Bill Brown said at a Thursday news briefing, adding that he was hoping to find “miracle” survivors.

The number of missing went down to five on Friday, officials said.

In one of the hardest hit areas, the affluent seaside community of Montecito, the devastation wrought by the slide and the gruesome undertaking faced by emergency crews was evident.

Neighborhoods were littered with uprooted trees and downed power lines, and front yards in homes filled with mud were strewn with boulders.

Elsewhere, cars carried away by the flow were perched on mounds of earth and mangled garage doors crushed by the mud rested at odd angles.

The cause of death for all 17 victims who perished will be listed as multiple traumatic injuries due to flash flood with mudslides, the Santa Barbara Sheriff’s office said in a statement on Thursday.

The dead victims range in age from three to 89.

Josephine Gower, 69, died when she opened the door to her home, her son, Hayden Gower, told NBC station KSBY. Her daughter-in-law Sarah Gower confirmed Gower’s death in a Facebook post. Her body was found that night, near a highway hit by the slide.

“I told her to stay on the second floor, but she went downstairs and opened the door and just got swept away,” Hayden Gower said. “I should have just told her to leave. You just don’t even think that this is possible.”

The sheriff’s office also expanded the evacuation zone in the Montecito area on Thursday, as traffic on the already-clogged roads is hindering efforts by rescue and repair crews to access the devastation.

Rescue workers in helicopters and high-wheeled military vehicles, some with search dogs, were deployed in the hunt for the missing in a disaster zone littered with the remnants of hundreds of damaged or destroyed homes.

The Federal Emergency Management Agency (FEMA) granted a request on Thursday by Governor Jerry Brown for expanded financial aid that was first allocated for the Thomas Fire, the governor’s office said in a statement.

“This declaration ensures that federal funds are available for emergency response and eligible disaster recovery costs,” the governor’s statement said. 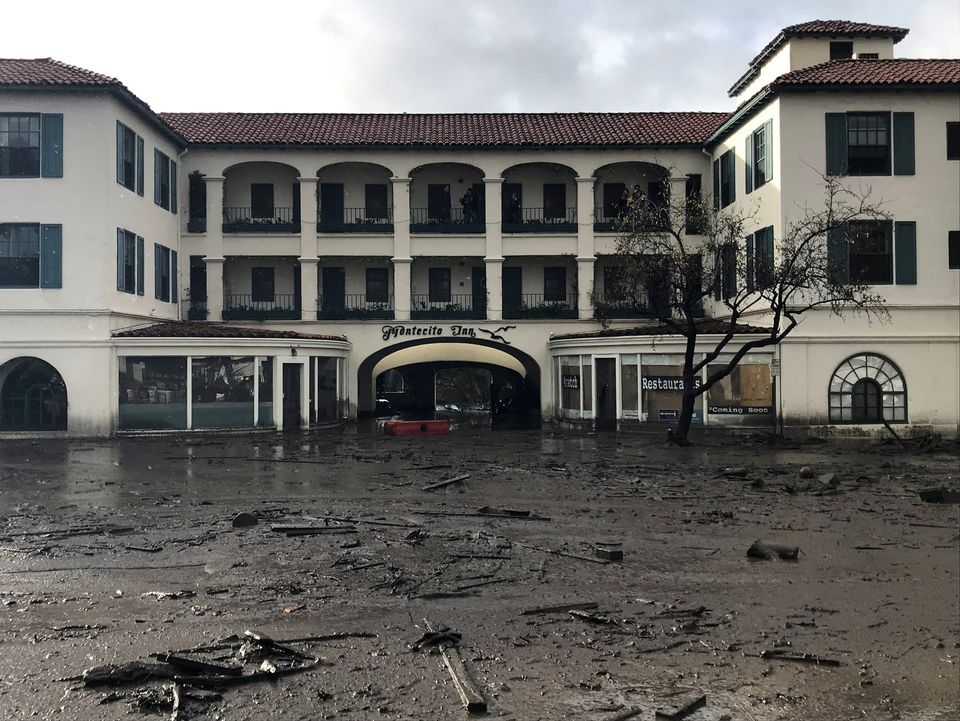