Celebs gathered in Las Vegas this past Saturday night to celebrate the life and legacy of boxer Muhammad Ali at the 16th annual Keep Memory Alive “Power of Love Gala."

The GM Grand Garden Arena was transformed into a 70th birthday celebration for Ali designed to honor the boxing legend’s contribution to the world and raise awareness and money for Alzheimer’s, Huntington’s, ALS, Multiple Sclerosis and of course Parkinson’s disease, which “The Champ” has been battling since 1984.

President Obama even made an appearance via a heartfelt video message:

"Happy birthday, champ. As a fighter, you were something spectacular. You shocked the world, and you inspired it, too. And even after all the titles and legendary bouts, you're still doing it."

And he certainly inspired some big spenders during the event. A pair of Ali's boxing gloves he used to defeat Floyd Patterson in 1965 were auctioned for a whooping $1.1 million. Who shelled out the cash? Lorenzo Fertitta, a casino owner and owner of the Ultimate Fighting Championship, the mixed marital arts league.

One of our favorite jewelry companies, Lagos, also contributed to the amazing cause. Owner Steven Lagos designed a stunning one-of-a-kind cuff and earring set in 18k gold and diamonds which sold for $30,000.

The awesome event will be aired on ABC Saturday, February 25, at 7 p.m. EST (4 p.m. PST). But check out the slideshow below for a sneak peek! 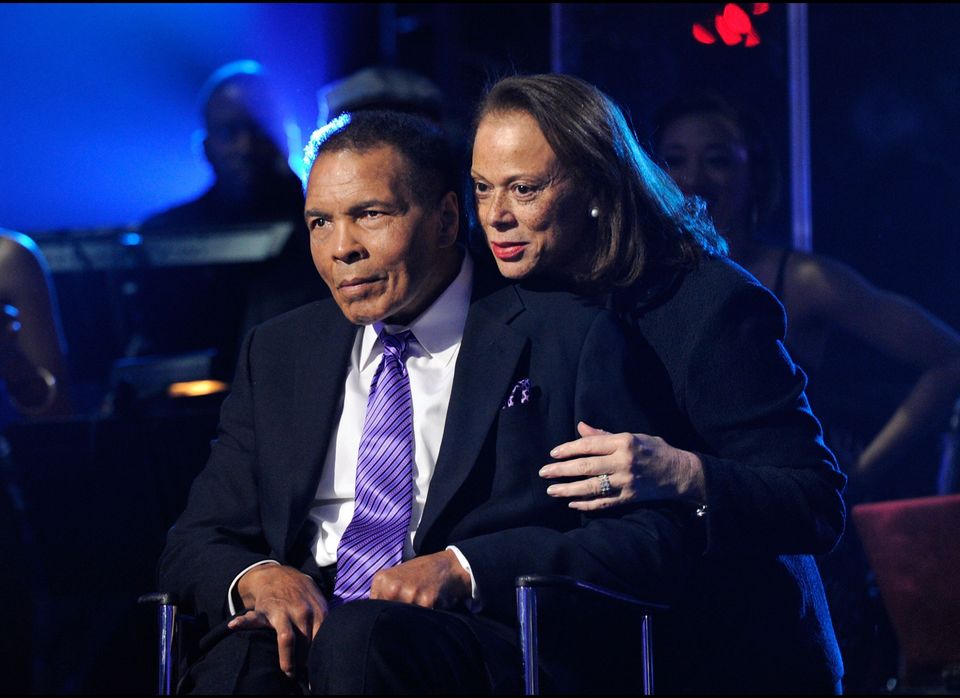