As the world mourns the death of Muhammad Ali, we might want to remember that it wasn't always safe even to like him. 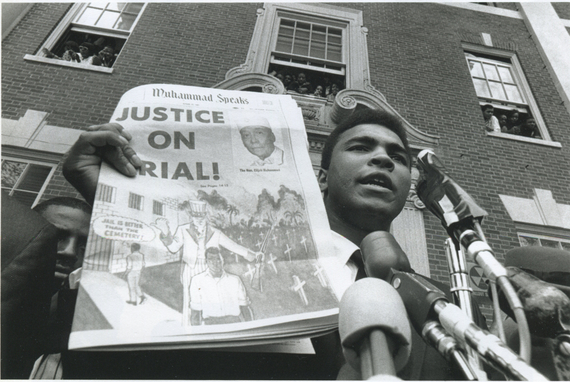 Photo by Howard Bingham from PBS In Their Own Words documentary.

Beyond his "I Am The Greatest" persona, in which he shed the traditional humility of elite athletes, he spoke out on social, religious and political issues in ways that alarmed and infuriated a lot of Americans. Especially, but not exclusively, a lot of white Americans.

"If the white man lived Christianity, it would be different," Ali told Playboy in 1975. "But I tell you, I think it's against nature for European people to live Christian lives."

If the messing around is consensual, "Then she dies. Kill her, too."

He said this long before some folks had gotten over his comments almost a decade earlier about the Vietnam war: "My conscience won't let me go shoot my brother, or some darker people, or some poor hungry people in the mud for big powerful America. And shoot them for what? They never called me n-----, they never lynched me, they didn't put no dogs on me, they didn't rob me of my nationality, rape and kill my mother and father."

The point is not that these comments define Ali, whose views in many areas evolved over the years. The point is that at one time he was seen as a dangerous radical, a highly skilled athlete who reaped fame and fortune in America, then turned around and said, in the same 1975 Playboy interview, "America don't have no future. America's going to be destroyed. America's day is over -- and if it doesn't do justice to the black man and separate, it gonna burn."

Now these select comments, divorced from the perspective of the time and Ali's life, likely don't reflect the full breadth of his ultimate views on those complex subjects. 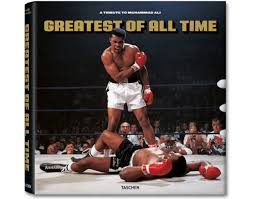 He spoke differently as he grew older, like most of us. One of the other things he said was that "a man who views the world the same at 50 as he did at 20 has wasted 30 years of his life."

But Muhammad Ali shocked and outraged many people. He always had a strong core of admirers, too, but it wasn't until he got older that the circle of admiration grew, expanding to people who were drawn to his talent, but thought he had some crazy ideas and may have also been a hypocrite, railing against oppression while he was living large.

Not entirely by coincidence, one suspects, his image softened as he fell more and more silent -- a victim of physical ailments that included Parkinson's and literally robbed him of his voice.

When he appeared or spoke in later years, it tended to be in more benign contexts. He would open the Olympics or he would denounce Islamic terrorists -- which, in fact, was consistent with his long-standing insistence that true Islam, in contrast to other religions that included Christianity, was a belief system of peace. 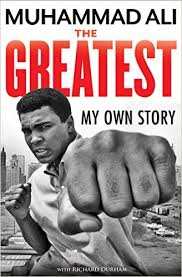 Truth is, Ali was hard to pin down. He was articulate and charismatic. He once called himself the Elvis Presley of boxing, and he's right. He had that same aura, the same ability to make all the lights shine on him.

In the boxing ring, once they were shining, he delivered -- although for a smart man, he boxed for way too long. While he always insisted his extra years in the ring had no connection to his medical conditions, getting hit in the head that many times can't be beneficial.

In any case, the arc of Ali's image in some ways parallels that of a man with whom he was intensely connected in the 60s, Malcolm X. A whole lot of people thought Malcolm X was dangerous, too, then four decades after he died and therefore wasn't a visceral presence any more, we put his face on a postage stamp.

No one wants to be accepted and admired at the price of having his or her message diluted. But we do it all the time. We've turned Dr. Martin Luther King Jr. into an abstract dreamer rather than an activist with dirt under his fingernails.

Ali clearly enjoyed being liked. Okay, revered. But his points about the Vietnam war and America's history with black folks were not dipped in conciliatory honey. America did ask black soldiers to fight for "freedoms" they still didn't have at home. America still hadn't, and still hasn't, sorted out its racial biases. 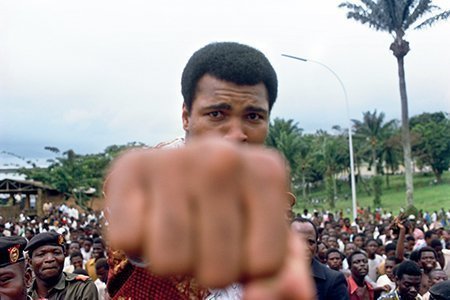 Photo from PBS' In Their Own Words

Whatever his flaws, and he had them, Ali declined to be "good," meaning grateful and silent. He was loud and insistent, and the fact his last years were quiet years doesn't turn him into some kind of insanely talented teddy bear.

Among the thousands of things he said, maybe the truest was "I don't have to be what you want me to be."

He wasn't. In our desire to commemorate a remarkable man, let's not sand off his edges.