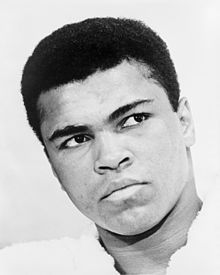 America awoke today to the sad news that boxing legend Muhammad Ali has passed away. And while the overwhelming majority of public remembrances will be praiseworthy, there are still those who have never forgiven Ali for his refusal to comply with the military draft in the 1960s. Even his archrival, Smokin' Joe Frazier, resorted to calling Ali a "draft dodger."

Ali took some controversial racial positions early in his career, some of which he regretted later in life, but the charge of draft dodger is completely unfounded. Ali never dodged the draft; he opposed it, accepting the legal consequences without any attempt to evade them. He didn't flee to Canada or enroll in college to obtain a deferment. From the moment he learned of his induction, Ali stood firmly in the proud tradition of civil disobedience, saying "just take me to jail."

And while Ali cited his religion as the chief basis for his objection to the war, most of his statements were firmly rooted in the libertarian principle of non-aggression:

"Why should me and other so-called 'negroes' go 10,000 miles away from home, here in America, to drop bombs and bullets on other innocent brown people who's never bothered us and I will say directly: No, I will not go."

This writer has long argued the declaration of war power granted to Congress is not the power to start a war, but to declare that one already exists, based on the founding libertarian principle of nonaggression.

Ali's principled stand cost him quite a bit at the time. He was stripped of his boxing title and sentenced to five years in prison. While he eventually won an appeal and avoided the prison sentence, he was indebted for years and reviled by a large portion of the American public.

Throughout it all, he maintained his stance, reiterating the non-aggression principle over and over as he toured America speaking against the war. Certainly, racial inequality was interwoven into his position and some of what he said was regrettable, including "my enemy's the white people, not the Vietcong, the Chinese or the Japanese." But while those words were rash, it's not like he didn't have a point.

More importantly, history has vindicated his principled stand against a war nearly everyone now considers a mistake. After invading a tiny nation that had never attacked the United States and losing over 50,000 U.S. soldiers, the United States left Vietnam to the communists, who quickly took over the entire country.

According to proponents of the war at the time, this should have led to a "domino effect," wherein the rest of Asia and subsequently the world succumbed to the communist menace. Instead, communism failed on its own and the Vietnamese began adopting a market economy a mere twelve years later, as eventually did virtually every other communist nation. Today, Vietnam is a trading partner with the U.S.

A lot of very smart people defended the Vietnam War at the time and for a long time afterwards. Some of the most hawkish wonks still do. Imagine the lives and fortunes that could have been saved if they had just listened to a loudmouthed young boxer with a purported IQ of 78, who wisely articulated the eternal law of nature in opposing an immoral and unnecessary war.

Tom Mullen is the author of Where Do Conservatives and Liberals Come From? And What Ever Happened to Life, Liberty and the Pursuit of Happiness? Part One and A Return to Common Sense: Reawakening Liberty in the Inhabitants of America.