In a destitute country facing famine, natural disasters, and a beleaguered government, Muhammad Yunus saw an opportunity to help people one by one, and built an organization of others helping poor people help themselves. Yunus's Grameen Bank, through micro-lending of small loans of toward local agriculture and commerce, has seen over a 90% repayment of loans and helped one out of a thousand people on earth. Beyond loans, Grameen fosters community development through regular meetings with borrowers and group educational programs. This enterprise of meeting the needs of the poor through enabling struggling people with resources to become their own producers earned Muhammad Yunus and the Grameen Bank the Nobel Peace Prize -- rather than the prize for Economics; this was tribute to the meaningful stability created by empowering the disenfranchised.

Going further, Yunus and the Grameen Bank created businesses that partnered with major companies to serve the people of Bangladesh, such as Grameen Danone, a company that sells nutritious yogurt to inner city children made with milk bought from outlying farmers. As Yunus says, "To me, poor people are like Bonsai trees. There is nothing wrong with their seeds, only society didn't give them the base to grow on."

Holly Mosher's new film Bonsai People: Celebrating the Work of Muhammad Yunus details this process of development through following women borrowers in small villages as they use their Grameen loans to go to work for themselves, as well as through extensive exclusive commentary from Muhammad Yunus himself. Entrepreneurial projects range from buying livestock to growing vegetables to selling fruit to buying a cellphone that other villagers can pay to use. Following several women over a few years, the audience is able to see how these diligent mothers and wives are able to turn their struggles around, and even prosper in some cases, intimately filmed by Mosher. Besides visible progress like improvements to their one-room homes or a field of crops, the film subjects themselves are noticeably prouder, healthier and more confident. 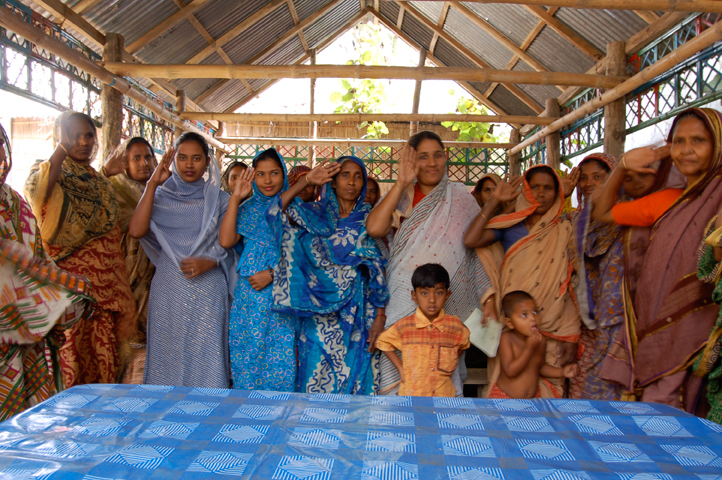 What Bonsai People ultimately accomplishes is not just putting a human face on the issue of micro-lending, but noting the emergence of women in a culture that has long subjugated the role of females as servants to their husband, banishing them from the local marketplace. Yunus observed how women were neglected even though they were relied upon to keep the family together, and began aiming his loans more and more toward ways that women can make an impact given their gender role traditions. In a culture that has resisted upheaval for centuries, women have started to emerge from their quiet compliance to become a growing sector for trade, thanks in large part to the opportunities offered by Yunus and Grameen.

Some critics of this film have suggested that Mosher should focus more on rebutting another documentary, which was critical of Yunus and Grameen, alleging misuse of funds transferred from Norway -- even as Yunus and Grameen were ultimately cleared of any wrongdoing. Though a documentary film should be mindful of its marketplace and speak to current discourse, it is not each film's responsibility to encompass all that has come before it in order to justify its place in time, particularly to rebut dated arguments. Still others seem to miss that, though lacking dramatic confrontation or titillating verité smack-downs like housewives in the U.S. might be known for, this is a film rife with conflict. This isn't Anakin Skywalker racing Sebula in the pod race on Tattooine, with spatial juxtaposition and tight editing and dramatic score and suspenseful reaction shots conveying to you the conflict and build and resolution in several minutes. Taking in the undeveloped landscape where potted latrines are progress and economic development means waiting for harvest and the goat to have a baby to sell off -- that is a daily state of conflict to live in that defies expectations of Western storytelling constructs and challenges the viewer to let themselves be transported to a world moving at a different pace, to think in a different form of currency, and to recognize in the other side of the world what matters for our lives here.