On Tuesday, Buhari defeated incumbent President Goodluck Jonathan in Nigeria's presidential election, marking the first democratic change in power in modern Nigeria. While the final results have not yet officially been announced, tallies by Reuters and the Associated Press have each put Buhari ahead of Jonathan by more than 2 million votes.

Buhari has ousted a Nigerian leader before, in December 1983, but that was during a military coup. After Nigeria gained independence from Britain in 1960, the country was blighted by a bloody civil war and a rapid succession of military power grabs. Buhari ruled Nigeria for just 20 months before being deposed in turn by rival generals and jailed for 40 months.

Buhari was no less an autocrat than Nigeria's other military rulers during this period. He won some praise from his countrymen for his crackdown on Nigeria's endemic corruption, locking up some 500 officials and businessmen implicated in pilfering from the resource-rich state. But he also cracked down on journalists, activists and artists, including the world-renowned Nigerian musician and activist Fela Kuti.

Buhari's disciplinarian leadership bordered on the eccentric. The regime touted a “War Against Indiscipline,” which introduced harsh criminal punishments -- including 21 years in jail for cheating on college exams -- and an official crackdown on all forms of bad behavior. Police whipped people who cut in lines. Civil servants who were late to work were forced to do frog jumps. ''They are trying to make good little soldiers out of us all, and it just isn't possible to do,'' one civil servant commented at the time.

Nigeria has come a long way since then, and so, it seems, has Buhari. In 1999, Nigeria returned to civilian rule. Buhari has contested four presidential elections since, and describes himself as a "converted democrat."

"I take responsibility for whatever happened under my watch," he said in remarks in February at Chatham House, a London think tank. "I cannot change the past. But I can change the present and the future."

His avowed change of heart has provoked mixed feelings in Nigeria.

“I think once a dictator, always a dictator," Nigerian journalist Sonnie Ekwowusi told The Guardian this week. "Many people are afraid that if [Buhari] wins, they will go to prison."

Nigerian author and Nobel laureate Wole Soyinka, on the other hand, told The Guardian this week that he is prepared to take Buhari at his word. "At the risk of being proved wrong," said Soyinka, "I think we have a case here of a genuine ‘born-again’ phenomenon."

Buhari's last presidential run was also under scrutiny. After he lost to Jonathan in 2011, Buhari called foul. Nigeria has long struggled with electoral fraud, and this time the vote sparked sectarian riots in which nearly 1,000 Nigerians were killed. Some activists have accused Buhari of inflaming the 2011 violence with incendiary remarks at political rallies.

Nigeria is Africa's most populous country, with a rich diversity of ethnic, linguistic and religious groups. Buhari hails from the Muslim-majority north, while Jonathan is from the mainly Christian south. Nigeria's electoral system tries to soothe these divides by requiring presidential candidates to capture at least 25 percent of the vote in two-thirds of Nigeria's 36 states in order to win. In 2015, both candidates tried to appeal across ethnic and religious lines. Buhari picked a running mate who is a Christian, and Jonathan chose one who is a Muslim. "Even though I’m a Christian I have no problem voting Buhari. We need change,” one man in Lagos told The Independent last week, citing the poverty that persists in Nigeria despite the country's vast oil wealth.

A major turning point for Buhari came in 2013, when several major opposition parties formed a coalition, the All Progressives Congress, under his leadership. Their campaign played up Buhari's tough reputation as the presidential race grew more and more focused on security and the economy. In 2014, Nigeria was rocked by plummeting oil prices and a sharp uptick of violence by Boko Haram insurgents. Nigerian forces struggled to fend off attacks, and Jonathan was increasingly criticized as ineffective.

Buhari started his political career as a governor in Boko Haram's northeastern heartlands, and in 2012 the insurgent group asked him to serve as a mediator between themselves and the Nigerian government. Buhari turned down the request. When the militants kidnapped some 200 schoolgirls in Chibok last April, Buhari denounced them as "misguided persons masquerading as adherents of Islam." Last July, the militant group apparently tried to kill Buhari. During his recent campaign, the former general vowed to eliminate the extremist group.

Who Is Nigeria's Next President Muhammadu Buhari?
Nigeria Counts The Votes 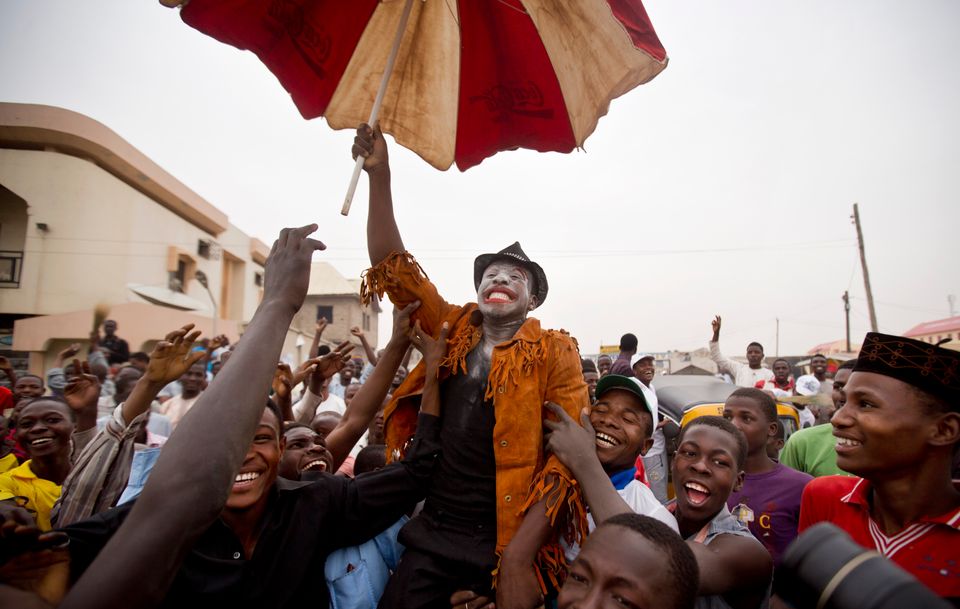