Mujib Mehrdad is a Professor at Al-Biruni University, a writer, and a poet. He is the director of Porsesh [Question] magazine. 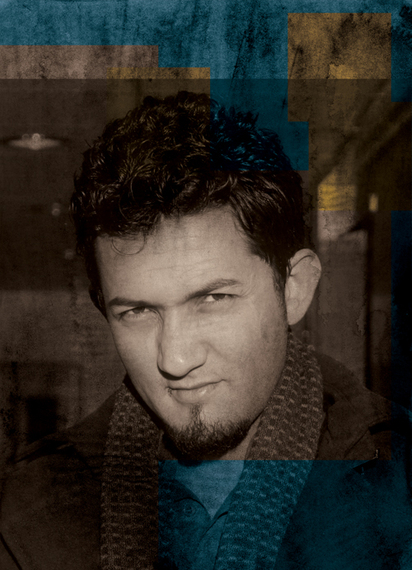 Can you give us an example of a time your rights have been violated?

During the time of the Taliban, we had to wear a certain uniform to school. One day, I didn't wear it. I was expelled from the class and not allowed to go to school for a week.

What are some important achievements of the post-Taliban era in Afghanistan?

The expansion of the media, the rising awareness amongst the people, and the expanded scope of information sharing and activities for women's issues are the most important achievements.

My worst fear is that the upcoming elections may be cancelled and all the achievements of the past 10 years could be lost. If elections are not held and we go towards a provisional government, we will have to begin again at square one.

The low level of literacy in Afghanistan is one of our greatest challenges. People have very little knowledge about their rights, and consequently, low expectations of what they deserve. They do not, for example, believe that the government should be at their service.

Growing insecurity and a condescending attitude towards women are other challenges. On the whole, society does not trust in the capabilities of women.

Have the rights of any of your female family members ever been violated?

My mother was only 9 years old when she was forced to get married. There was an age difference of nearly 18 years between her and my father. As a result, they faced crises in their life together for many years. My mother spent all the years of her youth in bitterness and misery.

What are the major factors deterring women's participation in social, economic, political, and cultural spheres?

Illiteracy and low literacy levels amongst women is one of the greatest deterrents to their participation. On the level of the economy, there are is a lack of job opportunities for women. The Afghan society does not recognise the significance of and potential for women to contribute to the economy. With respect to the political domain, some people try to exclude women by adopting the mentality that women lack the "sound mind and rationality" that is necessary for politics.

What do women in Afghanistan want?

I believe one thing they want is to raise the level of awareness about their rights. Further, they wish to raise the level of their education so that they can make the most of their opportunities. Politically, women want to be allowed to play the meaningful role they are entitled to play in the government administration; to play a direct role in policy-making and to defend their rights.

Which sources and centres of power are effectively promoting women's rights?

I believe that the institutions and organisations that have been working for women in the past 10 years have achieved a lot. At least in the cities, seminars, educational workshops and conferences have had a great impact on raising the level of public awareness about women's rights and gender issues.

What have you done in your private and professional life to fight against discrimination?

In my private life, I have been brought up to believe that I do not have the right to make decisions for or control anyone else, whether they are male or female. In my family, we all work together and are friends: my sisters are no different to my brothers.

Do you have anything else to add?

I should differentiate between the private and public spheres. Generally speaking, we Afghans award our wives, sisters, and mothers some kind of relative freedom in our private sphere. However, as soon as they leave the house, they lose all their freedoms and come under scrutiny and control. This can easily be noticed with respect to women who live in cities. On the one hand, their demands and expectations have risen within the safe space of the home. But on the other hand, they continue to suffer many restrictions in the public sphere. This has prompted a deep psychological crisis for the women of Afghanistan.