There was plenty to celebrate at the Gala in the Great Hall held at the freshly renamed Ellis Island National Museum of Immigration by The Statue of Liberty-Ellis Island Foundation (SOLEIF) on Tuesday evening. The event marked the completion of the Peopling of America Center, the formal post-Sandy re-opening, the bestowal of Family Heritage Awards to Diane von Furstenberg, Patti LuPone and Henry Louis Gates, Jr., and the naturalization of eight new American citizens. Following are a few highlights. 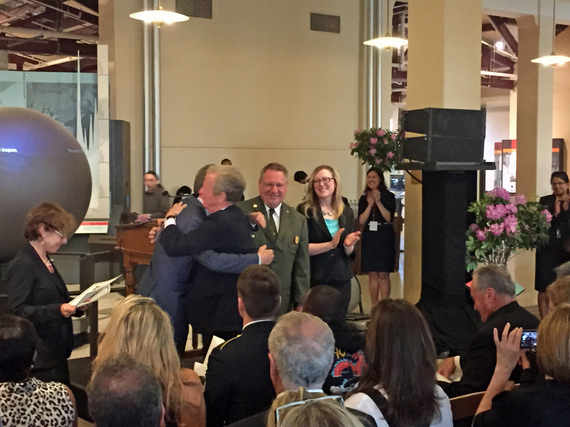 Michael Donovan, Executive Chairman of Mediaocean and member of SOLEIF's Board of Directors, hugs son, Shaun Donovan, Director of the Office of Management and Budget, moments after becoming an American citizen 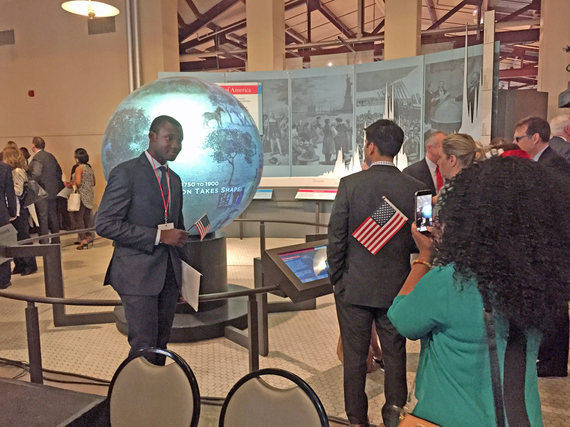 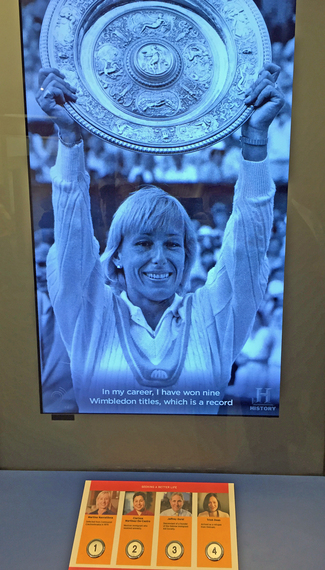 The newly-opened post-Ellis Island wing of the Peopling of America Center features 118 videos (produced by The History Channel) of immigrants, including tennis champion Martina Navratilova. 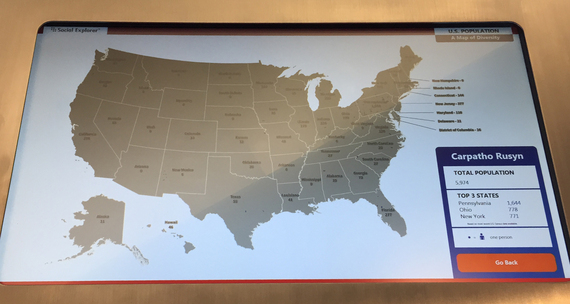 An interactive diversity map at the Center allows visitors to see where others of their heritage live in the United States today. The example here shows where the almost 6,000 self-identified Carpatho-Rusyns resided at the time of the last census. 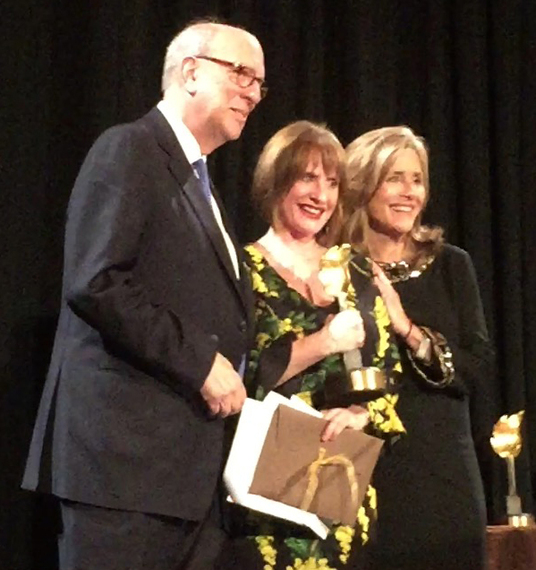 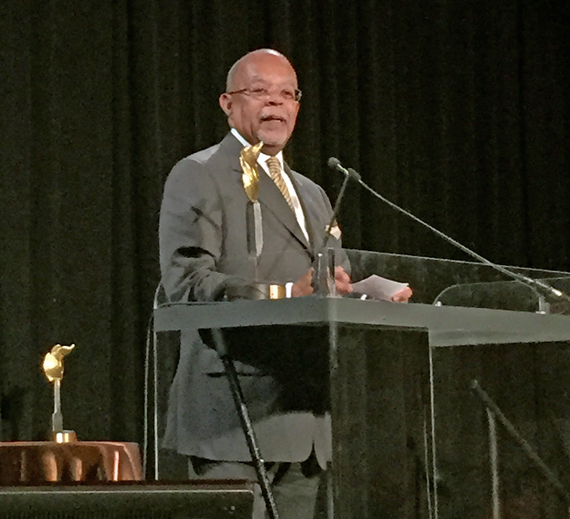 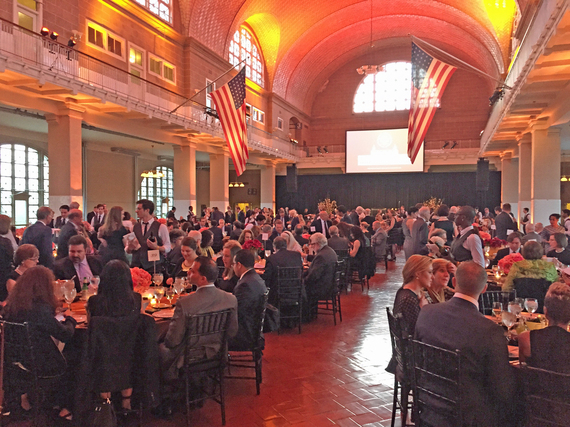 400 guests had the opportunity to dine in the Great Hall that welcomed millions of our ancestors.