Francisco Larra is the regional coordinator of the New Employment Opportunities for Youth (NEO) initiative for the Multilateral Investment Fund. He has worked as a psychologist and educator assisting vulnerable youth in Central America.

This parable can apply to many situations. On the topic of youth unemployment, it explains different interpretations by employers, education providers, and youth themselves. For example, according to McKinsey Center for Government (MCG), only 40% of youth and employers believe that new graduates are adequately prepared for their first jobs, while education providers are much more optimistic, with 72% believing that the youth are adequately prepared. 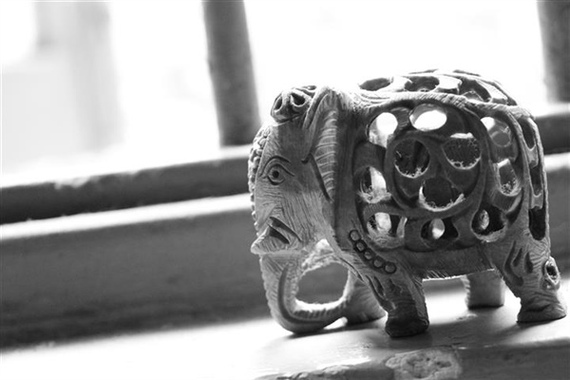 A change of perspective about resolving complex social problems

The growing complexity and magnitude of social problems--such as youth unemployment--demands the strength and vision of different stakeholders. These issues cannot be resolved by only one stakeholder; financial resources are increasingly scarce, and therefore it is necessary to improve the efficiency and the impact of social interventions. A certain degree of coordination is necessary to tackle complex challenges if we want to achieve a structural and social change, a collective impact, as the consulting firm for social change FSG says. One such example of coordination is a public-private partnership (PPP).

Although there is not a widely accepted definition of a PPP, according to the PPP Reference Guide developed by the World Bank and others, this type of partnership may be defined as: "A contract between a private party and a government entity, for providing a public service, in which both parties share resources, risk, and potential benefits."

We are still a long way from gaining a deeper level of understanding about the operation of PPPs that seek social change. Moreover, potential partners in a PPP should recognize that the definition of their goal is taken from different interpretations about the problem that are based on the visions and interests of each of the partners. However, little by little, the private sector is moving from a culture of isolated donations and the concept of corporate social responsibility (CSR), to the concept of creating shared value that was articulated in 2011 by Harvard Business School. In 2016, the UN spoke of multi-stakeholder partnerships as a model to accomplish its 2030 Agenda for Sustainable Development.

Synergos Institute, a global nonprofit organization dedicated to reducing poverty and advancing social justice, published an article in 2012 with some lessons learned from its initial experiences with PPPs in India, Namibia, Canada, and Ethiopia that were focused on social topics such as public health, agriculture, and aboriginal communities. One example of its work is the Partnership for Child Nutrition in India, a large-scale initiative that brings together leading government agencies, global and Indian businesses, nongovernmental organizations, and community groups to develop systemic interventions that reduce child malnutrition in the state of Maharashtra. One of the lessons learned from Synergos' work is that a structural or systemic change, which involved adjusting how an institution is organized or modifying relationships between institutions, creates new solutions, frees up resources, generates innovation, and improves an institution's ability to respond to new challenges.

Another example of early work by PPPs that seek social change is the New Employment Opportunities for Youth (NEO) initiative, which in 2012 brought together a wide range of different stakeholders with the goal of developing and implementing coordinated solutions to improve job placement opportunities for one million vulnerable youth. NEO is administered by the Inter-American Development Bank--through its Multilateral Investment Fund and Labor Markets division--and the International Youth Foundation, in partnership with major private companies Arcos Dorados (the largest operator of McDonald's restaurants in Latin America and the Caribbean), Caterpillar, Cemex, Microsoft, and Walmart, plus the Argentina-based nonprofit Fondation Forge and the Brazilian National Confederation of Industries. NEO works with more than 140 public, private, and civil society institutions from 10 countries in Latin America and the Caribbean to achieve its goal. For instance, the NEO Mexico Alliance is aligning job training with labor market needs, and has promising preliminary results: a 10 percent reduction in school dropout rates, and a 70% rate of placement in formal jobs with good salaries related to the youths' studies after they graduate.

It appears that we are still far from finding the rare white elephant, but the challenge is becoming more intriguing.