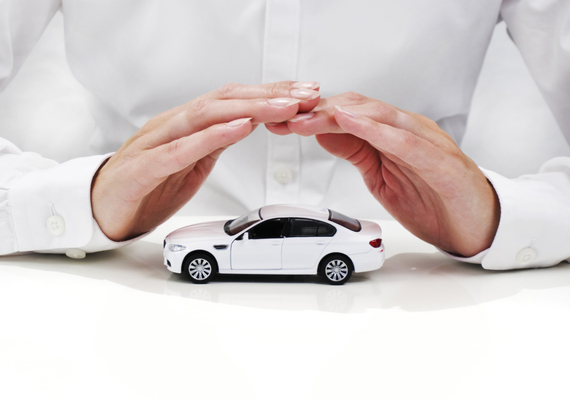 Auto liability coverage is required in most states. As with most things, the cost of insurance varies drastically depending on the state in which it is purchased. But it also changes depending on the car in question, and the driver's characteristics and driving habits. Even though pricing isn't always straightforward, there are many ways consumers can cut down on costs by modifying their purchasing and driving habits.

CoverHound, an online insurance agency that lets customers find, compare and purchase property and casualty insurance, recently released some data concerning the lowest annual insurance rates for the 10 most purchased cars in the U.S. According to cars.com, the top ten cars sold in the United States in November 2015 were:

CoverHound looked at the average annual price of insurance premiums and primary liability requirements in ten states for a hypothetical 30-year-old single, employed male who doesn't own a home, has been continuously insured for four years and drives the vehicle he owns an average of 6,000 miles each year.The states were chosen to represent all regions in the US, with a mix of smaller and larger states, and included California, Georgia, Colorado, Arizona, Florida, Texas, Missouri, Pennsylvania, North Carolina and Wisconsin.

Of these ten states, Texas and North Carolina required the highest levels of primary liability ($30,000/60,000), while Florida required the least ($10,000/20,000). But that didn't necessarily correlate to insurance policy prices. Insuring a car in Florida is costlier than it is in either Texas or North Caroline: a policy for a Toyota Camry, for example, will run $1,774 per year in Florida, as opposed to $1,560 in Texas and $1,130 in North Carolina.

Why is that the case? The reasons for variance in car insurance are complex and can be affected by everything from the way insurance is structured in the state to regional weather to population density (which affects traffic) to how much competition there is in the insurance market. A driver's age, marital status, gender and driving record can further affect the cost of insurance. CoverHound's data also suggests that the kind of car you drive makes a big difference, as well. In Pennsylvania, for example, insuring a Honda Civic will run $1,410 a year, while a Nissan Rogue is $1,072.

But there are factors that are fully in the hands of consumers that can affect the price of car insurance, according to CoverHound. Paying for a policy outright, instead of opting for monthly payments, can save drivers some money on their insurance. So can bundling car insurance with home or rental -- in some cases, drivers can save as much as 15 percent. Senior citizens or 16- to 25-year-olds who take a defensive driving course are subject to savings -- up to 5 percent or 15 percent, respectively. And students who meet a certain GPA threshold are also eligible to save: a 20-year-old male can save as much as 14.8 percent on car insurance by getting good grades, while a 20-year-old female can save 10 percent. Certain states also look at a driver's credit rating to determine premium rates.

More and more insurance companies are using Internet of Things (IoT) solutions to learn about their customers' driving habits and make insurance policy rates more accurate. With dongles that plug into the port under the dashboard, insurers can monitor speed and when and how often a driver gets behind the wheel. Keeping track of these factors helps companies better assess and manage risk, in addition to providing drivers with lowered costs if they drive safely.

There are a lot of factors that go into pricing an auto insurance policy. Many of these are not within a driver's control, but increasingly, and especially with the advent of IoT, consumers can do more to make sure their rates stay low.