In what is becoming one of the most meta marketing campaigns in recent movie memory, Disney has released a new trailer for their upcoming film, "The Muppets." And it's even more self-aware than ever.

The third in its movie parody series, "Being Green" spoofs the upcoming superhero epic, "The Green Lantern," the Ryan Reynolds-flick set for release this weekend. Kermit, of course, takes on the green hero role, and a Reynolds-esque voiceover plays throughout.

But in what is a new twist, Jason Segal, who wrote and is co-starring in the film, actually revolts against the concept against fake trailers. Within the fake trailer. Mind blowing.

Check out the first two, a romantic comedy spoof and a joke on "The Hangover: Part II." 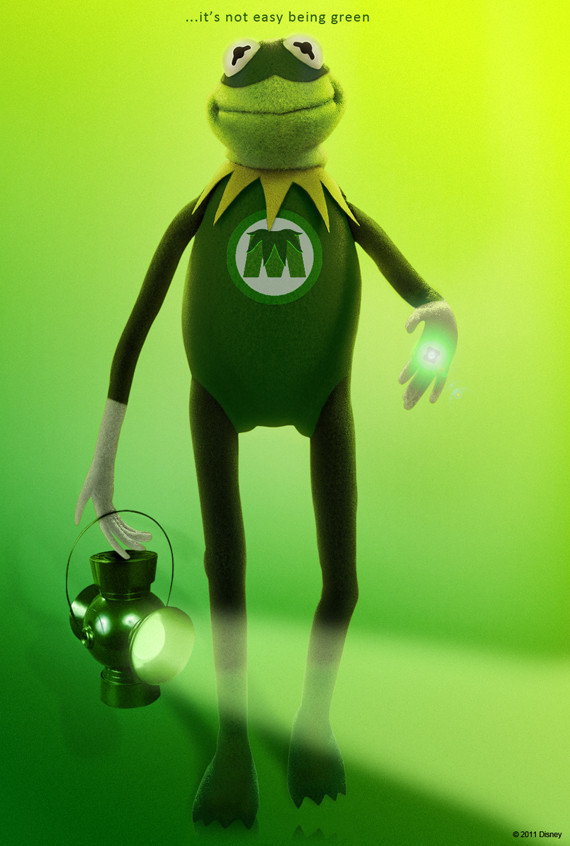