Shortly before Spokane businessman Doug Carlisle was found murdered in the kitchen of his three story home he told his son, "If I disappear or wake up with bullets in my back, promise me you will let everyone know that James Henrickson did it." Spokane police detectives pinned the actual hit on small time burglar Timothy Suckow, but affidavits filed in the incident cite evidence that North Dakota businessman James Henrickson may have ordered the hit over ownership of oil rich lands in the Bakken oil fields, and that Henrickson had also ordered "muscle" to intimidate tribal chairman Tex Hall of the Fort Berthold Indian Reservation in North Dakota.

Investigations showed Carlisle, an owner in trucking company Kingdom Dynamics Enterprises, was trying to buy Henrickson out of his share of 640 acres of North Dakota land they owned with plans to drill for oil.

On December 15 Carlisle and his wife returned home to find a gunman in the home. His wife fled upstairs and hid in a closet while the killer shot her husband at point blank range and then fled in a white van. Police found several weapons belonging to the alleged shooter, Suckow, including a .45 caliber handgun matching the description of the weapon used to kill Carlisle, according to investigators.

A leather glove dropped in the backyard subjected to DNA testing also matched Suckow, according to published reports.

James Henrickson was arrested on unrelated federal firearms charges this week by agents from Homeland Security Investigations and the Bismarck/Mandan Metro Area Narcotics Task Force. His phone number was found in Suckow's contact list. As a convicted felon with a long and colorful rap sheet, Henrickson is being charged with the illegal possession of firearms, but so far has not been charged with the Carlisle murder, despite Carlisle's predictions.

The Bakken oil patch is slowly turning into a killing field winding through 9,000 temporary housing projects called "man camps." Fueled by drugs, alcohol and desperation, the innocent homeless and the guilty desperate dregs of humanity are forced to sleep in cars and under bridges as the workforce explodes, infrastructure implodes, and social mores collapse. In May 2013, police found 58-year-old Jack Sjol in a shallow grave about six miles southeast of his ranch in Williston, ND. 33-year-old Ryan Stensaker, who has a history of drug related convictions was arrested and charged with his murder.

In a case related to the Carlisle investigation, Kristopher "KC" Clarke, 29, disappeared from the Williston area over a year ago in 2012. Originally from Washington State, Clarke worked for Henrickson as an operations manager and newspaper reports indicate Henrikson is a person of interest in his disappearance. Clarke, AKA "Gimpdaddy," was a long-term friend of Henrikson and employed at Henrikson's firm, Blackstone Trucking. Friends say Clarke was owed $600,000 by Henrikson and was last seen in an argument with him in Mandaree North Dakota before disappearing. The case is still under investigation and anyone with information is urged to contact Special Agent Steve Gutknecht, of the North Dakota Bureau of Investigations, at 701-774-4310. 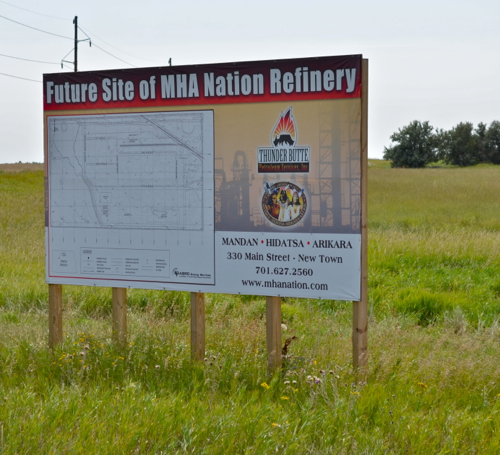 The North Dakota Bakken Oil patch straddles the rich shale oil formation known as the Williston Basin. Once mining interests learned how to release the shale-embedded oil in a process known as fracking, an oil boom was born. Since 2008, according to tribal records, more than $500 million in oil revenue leasing rights and royalties has flowed into Fort Berthold Reservation coffers.

Statements and affidavits filed by investigating officers in Spokane show that Tex Hall, the elected tribal chief of the MHA Affiliated Tribes at Fort Berthold, controls Moheshu Energy, an oil company operating on the reservation. James Henrikson worked for Hall and is currently under federal investigation for defrauding Moheshu Energy out of millions of dollars.

Eric Guerrero, who works for Henrikson, bragged to an unidentified informant that he had been in prison for murder and the informant, whose name has been blacked out in documents, claims that Guerrero has the words "Mexican Mafia" tattooed on the back of his head. The witness told a detective working on the case that Guerrero told him that he (Guerrero) was approached by Henrikson to ask if he knew anyone who would kill tribal chairman Tex Hall.

Guerrero admitted to authorities that he worked for Henrikson driving truck, and had the Mafia tattoo, but refused to cooperate after he denied that he was asked to kill Hall. 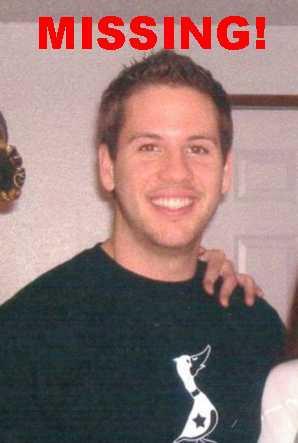 Fort Berthold Tribal Elder, Marilyn Hudson, who recently spoke to the Minneapolis Star Tribune about the necessity to take a stand to protect sacred lands from oil development wonders why the disappearance of "Gimpdaddy" Clarke did not resonate with people in the Fort Berthold area.

"The first I heard about it (K.C. Clark) was when a flyer was distributed in the area warning people about Henrikson and Creveling (his wife Sarah Creveling) about a year ago. No law enforcement people had ever mentioned this missing person or made any attempt to find him," Hudson said in an email.

"The detective in Spokane in less than a month found and arrested the a killer; interviewed a lot of people and took affidavits; uncovered a chain of people who had extensive criminal records; and traced them all over at least four states -- North Dakota, Texas, Montana, and Washington," Hudson wrote.

She feels the Fort Berthold people are vulnerable, and added that it appears an established criminal network operated with impunity until Spokane investigators discovered the Tex Hall murder plot and "possibly even solved the murder of KC Clarke."

Hudson also wonders how Henrikson and Carlisle were able to acquire oil leases on 640 acres of Indian lands. "Did the Bureau of Indian Affairs (BIA) approve it?" Since Blackstone Trucking did business with Moheshu Energy on Indian lands, where did the profits come from and were tribal lease holders paid?

In another mystery, authorities are also looking for 30-year-old Bismarck resident Eric Haider, who lived in Bismarck and worked in Dickinson, just over a hundred miles from Williston. Haider was last seen on May 24, 2012, at his job site.