For centuries, Spain's monarchs avidly collected art, spending a king's ransom to decorate their palaces and chapels with family portraits and monumental religious and mythological canvases. Their royal collections launched the Prado Museum in 1819. In a holiday gift for art lovers, 100 favorites have traveled to Houston for Portrait of Spain: Masterpieces from the Prado at the MFAH from December 16, 2012 to March 31, 2013.

French writer Théophile Gautier described the Prado as "rather a museum of artists than a museum of art" and the Houston trove includes gems by giants Titian, Rubens, Velázquez, and Goya. "What surprised me most was that the Prado was willing to lend so many masterpieces to a single show," says MFAH director Gary Tinterow. "Never before have so many works of first quality been lent to another institution."

Filling 13 galleries, the show is organized chronologically with some 50 artists represented. "It is a magnificent opportunity to know the history of Spain at the same time that one is able to encounter some of the most extraordinary examples of the art created in Spain, and for Spain, between the 16th and 20th centuries," says Prado director Miguel Zugaza.

Portrait of Spain opens with the Golden Age, when absolute monarchs amassed art to bolster their power and prestige. Philip II inherited the collecting gene from his father, Emperor Charles V, and we meet many of his Habsburg relatives flatteringly portrayed by Titian, Anthonis Mor and Alonso Sánchez Coello. Meanwhile in Toledo, Greek-born El Greco found a following for his singular, highly expressive style.

More than anyone else, Seville-born court painter Diego Velázquez represents the pinnacle of the period. Strongly influenced by Titian and Rubens, Velázquez would himself inspire generations of artists including Édouard Manet and Pablo Picasso. Two of Velázquez's canvases are on view: Mars, the god of war portrayed as a tired soldier, and Philip IV as a Hunter, one of many portraits of his art-obsessed patron.

Religion played a pivotal role in Spanish history and the show explores a variety of religious imagery. Among the standouts is the exquisitely painted Lamb of God by Francisco de Zurbarán, who represents a young ram, feet tied for slaughter, as a symbol for Christ (1635-40, © Photographic Archive, Museo Nacional del Prado). 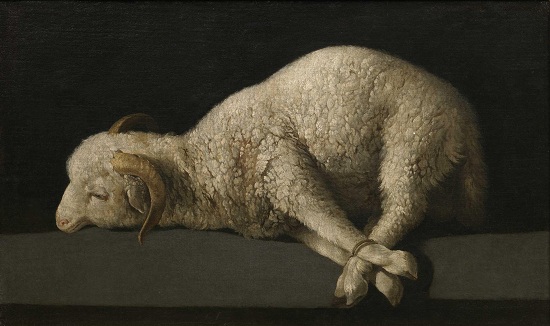 Another star is Francisco de Goya, the best represented artist at the Prado. Selections from three of his celebrated print series are on view, along with his tender study of Charles IV's youngest son, Francisco de Paula Antonio of Borbón and Borbón-Parma, prince of Spain. Of Goya's six children, only his youngest son survived (1800, © Photographic Archive, Museo Nacional del Prado). 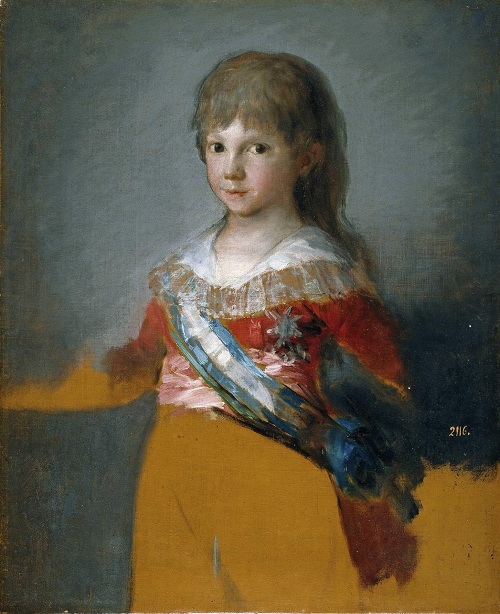