From: ARTINFO
NEW YORK-- Last night assorted figures from the peaks of the art industry gathered to celebrate the launch of Adobe's new virtual museum, a newfangled curiosity of an art institution that has been designed to meet real architectural requirements -- i.e., its building could be erected in the real world -- but exists exclusively on the Internet. As there was no physical gallery to tour, the event functioned as more of a product premiere, with figures from the museum and gallery communities mingling with sidecars and Prosecco in hand, tooling through the inaugural exhibition, Tony Oursler's "Valley," on five computers stationed around the room. After being introduced by the museum's curator, Bard College Center for Curatorial Studies director Tom Eccles, Oursler staged a brief conversation with a severed dummy head that played prerecorded responses via an iPod.

Standing among candle-lit coffee tables and dark sofas, the creative director of the museum, Rich Silverstein, spoke with architect Piero Frescobaldi, one of the virtual building's designers, while former Miami Art Museum director Terry Riley rubbed shoulders with Robert and Melissa Soros. The wood paneling of the walls and floor added to the warmth and intimacy of the event, which also drew PS1 founder Alanna Heiss, curator Clarissa Dalrymple, Participant Inc. director Lia Gangitano, and Lehmann Maupin art dealer David Maupin, among others.

Oursler's online installation presents the viewer with a digital map, scrawled in neon writing, which directs the viewer to different interactive pages. Those huddled around the computer screens could be seen using a mouse to stretch and snap ghostly visages, or manipulate the hands of a clock. ARTINFO took the opportunity to ask some of the guests what they thought of the novel museum.

According to Riley, a former director of MoMA's architecture department, the digital museum experience will work if the traditional rituals of museum-going could be somehow preserved. "For example, when people go into a museum, even if they have their cellphones out, they move more slowly, they quiet down, and they lead with their eyes," he said. 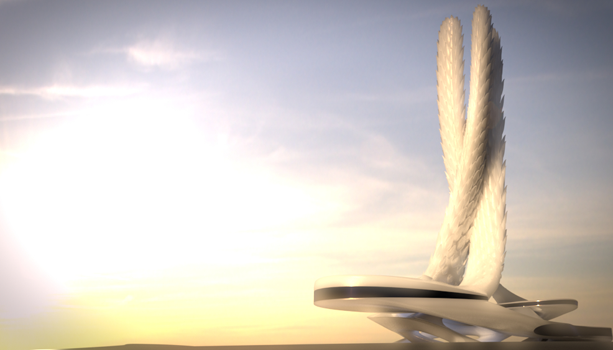 Andrew Bordwin, one half of art duo Type A (that has collaborated with the tech-savvy Indianapolis Museum of Art's Web site), worried that the art took on an "entertainment factor instead of addressing the potential of what the Web can offer." Why, he wondered, could the installation only be manipulated by one person at a time instead of involving several people who could affect the art. In the age of social media, manipulation by several parties "is by definition what the Web can do," he said. "As a solitary venture, the installation doesn't go beyond a game or test the potential of the medium itself."

The collaborative artist pair Aziz + Cucher also suspected that technology was being flaunted here for its own sake -- a distressing notion to them, since they consider the Internet to pose a general threat to museums, giving people yet another reason to stay at home, browsing on YouTube. The problem with a virtual museum, they felt, is that it lacks a physical relationship with the art installation. "Scale becomes important in a museum context because it establishes a physical relationship between the viewer and the art, something that computer-screen-based art cannot accomplish," Sammy Cucher said. Making a digital museum feasible will "depend on how technology advances in virtualizing space," he added, but even then the Metropolitan Museum of Art shouldn't have anything to worry about. "I believe that all things will coexist. People are still going to want to go to the museums to see Vermeer."

Oursler himself acknowledges that Adobe is still in the process of figuring out what works. "Right now the museum -- Piero's building -- and the exhibition hang very separately," he said. "But Adobe is still defining itself in this way and it seems that there is a kind of architectural platform that people can virtually move through and will highlight the relationship between exhibitions and digital building."

As for criticism that the online installation is not really viewable as a museum exhibition, Oursler disagreed. "The irony is that epistemologically there is only the inside of your head when it comes to perceptions," he said. "No matter what is really happening in a physical gallery space, it's still all interpreted experientially by the viewer in some sort of mental filing system that the artist has little control over." The Adobe museum simply provides a new kind of viewing experience. "I knew that when people would go to my Web site they would say, 'Well what about this?' and, 'That's not in there,'" he said. "But the piece is intentionally idiosyncratic and limited because you can't really define the space I was working with. I like the viewer to discover inaccuracies or realize that their map might be better than mine because, in fact, it is always the viewer who defines their own space."

As Oursler's digital exhibition, "Valley" was premiered today over the Internet to the international public, the artist is preparing to open a far more traditional show at New York's Lehmann Maupin gallery tomorrow night, titled "Peak." Although no footage from "Valley" makes it into "Peak," Oursler said that the show reflects aspects of the Adobe experiment, since questions about man's relationship with machines led him to explore power dynamics between individuals.

According to Oursler, the way the museum will be embraced depends on the way the individual user chooses to interact with it, in a similar way that other online phenomena are adopted passionately by some and ignored by others. "The Internet works as a map of desire that mirrors the mind," he said. "We are able to trace our trails over this web of technology in a way that we never could in the physical world. It works like a free playground of no consequences and total possibility but, of course, one is still defined by the playground itself." Those naysayers from the site's launch might counter that however wonderful the idea of an infinite, consequence-free playground may be, a playground without playmates may be slightly less than ideal.

See the Adobe Virtual Museum for yourself.
For more from ARTINFO, click here.