The many, many people who marched for women’s rights this weekend have several things in common: they have faith in the power of resistance, they understand that “feminist issues” are progressive issues, they believe “Gender Justice is Racial Justice is Economic Justice.”

And they also know how to make a good protest sign.

Amateur and professional photographers memorialized many of the smart, compelling and even hilarious signage found in marches across the country (and across the globe). But upon seeing some of the poster art left purposefully in front of government buildings and Trump towers, some across the internet wondered whether or not anyone ― or any organization ― had plans to collect and archive the physical Women’s March signs.

I hope the @Newseum or @smithsonian is picking some of those up as it was historic day with the largest inaugural protest ever #sizematters https://t.co/MYftWWPpML

Thankfully, as New York Magazine reported, museums, libraries and galleries around the world are indeed collecting your signs in an effort to remember the historic marches that took place a day after the inauguration of President Donald Trump.

Among them is the Smithsonian’s National Museum of American History, which sent curatorial team members to collect art left over from protests on Inauguration Day and the day after in Washington, D.C.

@boydwalker Our political history curatorial team was out on the National Mall on both Friday and Saturday.

In an email to The Huffington Post, The New York Historical Society explained that it is also collecting items from the Women’s Marches. “We collected approximately 20 signs in D.C. and New York City, as well as several buttons, hats, flyers and stickers,” Communications Manager Marybeth Ihle told us, “but anticipate that many more items will flow in over the next few weeks as people respond to our outreach efforts.”

Last year, the New York Historical Society opted to preserve some of the “Subway Therapy” post-it notes that appeared in NYC Metro stations not long after Trump’s election.

Below is a breakdown of sign collecting efforts we’ve discovered on Twitter. If your state or country isn’t included in this list, we suggest reaching out to your local history museum, art gallery or library to see if they are starting a collection of their own. If they are, let us know! And we’ll add them here.

Pease consider donating your signs, flyers, buttons, hats from LA Womens March to us. We will create an archive. Contact ullmann@usc.edu

The Sutro Library on San Francisco State University’s campus is also collecting materials from all the marches. Materials can be dropped off or can be mailed to: CA Women’s March Collection, 1630 Holloway Ave., San Francisco, CA, 94132. For more information, please contact: mattie.taormina@library.ca.gov.

The library at Emory University in Atlanta is collecting signs.

Marching this weekend? We're collecting #ephemera as part of a living archive of modern protest! DM us for details. #womensmarch pic.twitter.com/xURxTsnz6d

Did you march Sat? Want your sign preserved for posterity? Drop it off @ the MHS Brown Library & we'll add it to our archives! Wed-Sat 10-4. https://t.co/jU4Npo68Vn

@usernamexherex @HuffPostArts Check out this article in the @BostonGlobe on local professors' preservation efforts:

(Head to the article on The Boston Globe here.)

The Montana Historical Society is collecting signs from the march in Helena.

Rutgers University Special Collections and University Archives is collecting signs from marches, including the ones in NYC and D.C.

@NCCollection is collecting handmade signs from the Raleigh #WomensMarch . https://t.co/1pumaYXEVg

To make a collections donation to the National Underground Railroad Freedom Center in Cincinnati you can contact Curator Ashley Jordan at ajordan@nurfc.org and Director of Museum Experiences Richard Cooper at rcooper@nurfc.org.

In a Facebook message to HuffPost, an employee from the Virginia Historical Society confirmed that the organization is collecting signs.

If you are in London and have signs from yesterday's #WomensMarch the @BishopsgateInst are collecting placards https://t.co/9AKdUDnBcx

Please drop us a line if you collected ephemera & placards from #Londonwomensmarch today. We love to give them a home! #archives #protest

This article has been updated to include a statement from the New York Historical Society and will continue to be updated as we learn of more institutions’ collecting efforts.

Welcome to Battleground, where art and activism meet. 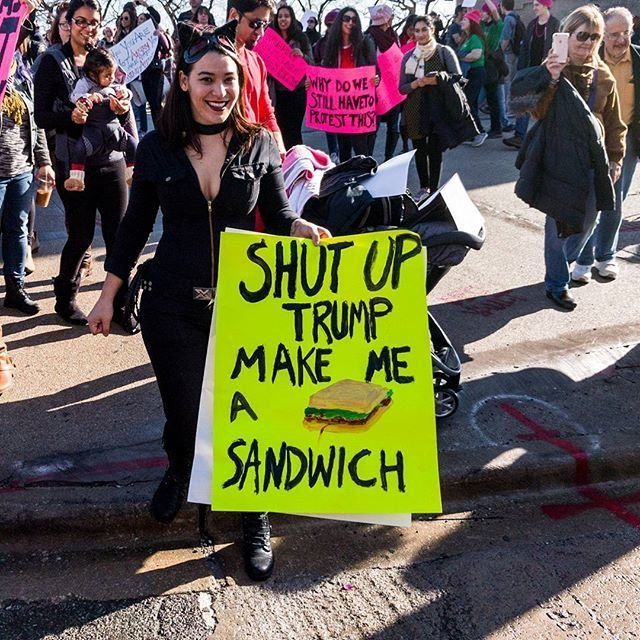