When I gave birth to my first-born, I listened to CDs of classical music in the hospital. I figured that music would help calm me and distract me from the pain.

You might use music to distract yourself from painful or stressful situations, too. Or perhaps you’ve listened to music while studying or working out, hoping to up your performance. Though you may sense that music helps you feel better somehow, only recently has science begun to figure out why that is.

Neuroscientists have discovered that listening to music heightens positive emotion through the reward centers of our brain, stimulating hits of dopamine that can make us feel good or even elated. Listening to music also lights up other areas of the brain -- in fact, almost no brain center is left untouched -- suggesting more widespread effects and potential uses for music.

Music’s neurological reach, and its historic role in healing and cultural rituals, has led researchers to consider ways music may improve our health and wellbeing. In particular, researchers have looked for applications in healthcare -- for example, helping patients during post-surgery recovery or improving outcomes for people with Alzheimer’s. In some cases, music’s positive impacts on health have been more powerful than medication.

Here are five ways that music seems to impact our health and wellbeing. 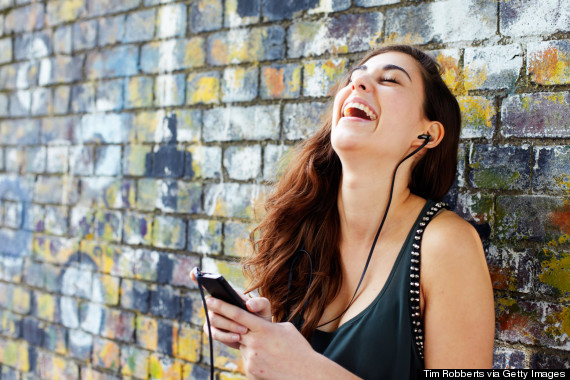 My choice to bring music into the birthing room was probably a good one. Research has shown that listening to music -- at least music with a slow tempo and low pitch, without lyrics or loud instrumentation -- can calm people down, even during highly stressful or painful events.

Music can prevent anxiety-induced increases in heart rate and systolic blood pressure, and decrease cortisol levels -- all biological markers of stress. In one study, researchers found that patients receiving surgery for hernia repair who listened to music after surgery experienced decreased plasma cortisol levels and required significantly less morphine to manage their pain. In another study involving surgery patients, the stress reducing effects of music were more powerful than the effect of an orally-administered anxiolytic drug.

Performing music, versus listening to music, may also have a calming effect. In studies with adult choir singers, singing the same piece of music tended to synch up their breathing and heart rates, producing a group-wide calming effect. In a recent study, 272 premature babies were exposed to different kinds of music -- either lullabies sung by parents or instruments played by a music therapist -- three times a week while recovering in a neonatal ICU. Though all the musical forms improved the babies’ functioning, the parental singing had the greatest impact and also reduced the stress of the parents who sang.

Though it’s sometimes hard in studies like this to separate out the effects of music versus other factors, like the positive impacts of simple social contact, at least one recent study found that music had a unique contribution to make in reducing anxiety and stress in a children’s hospital, above and beyond social contributions. 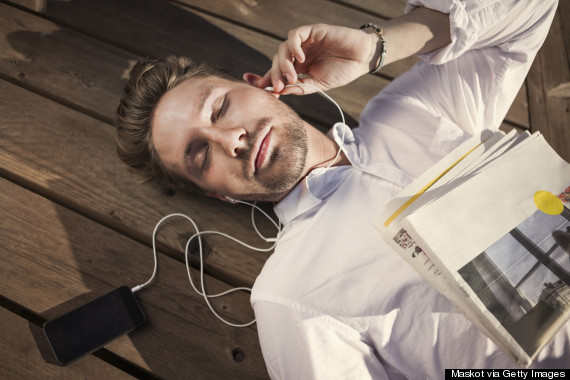 Music has a unique ability to help with pain management, as I found in my own experience with giving birth. In a 2013 study, sixty people diagnosed with fibromyalgia -- a disease characterized by severe musculoskeletal pain -- were randomly assigned to listen to music once a day over a four-week period. In comparison to a control group, the group that listened to music experienced significant pain reduction and fewer depressive symptoms.

In another recent study, patients undergoing spine surgery were instructed to listen to self-selected music on the evening before their surgery and until the second day after their surgery. When measured on pain levels post surgery, the group had significantly less pain than a control group who didn’t listen to music.

It’s not clear why music may reduce pain, though music’s impact on dopamine release may play a role. Of course, stress and pain are also closely linked; so music’s impact on stress reduction may also partly explain the effects.

However, it’s unlikely that music’s impact is due to a simple placebo effect. In a 2014 randomized control trial involving healthy subjects exposed to painful stimuli, researchers failed to find a link between expectation and music’s effects on pain. The researchers concluded that music is a robust analgesic whose properties are not due simply to expectation factors. 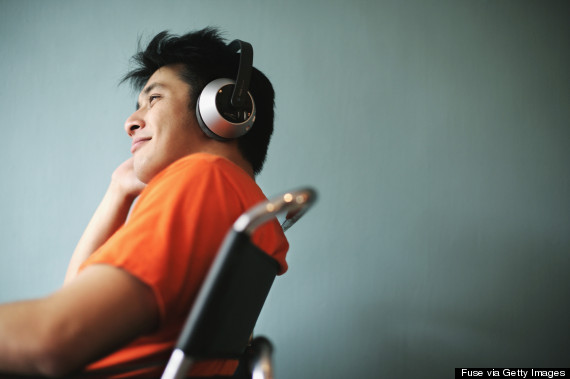 Can listening to music actually help prevent disease? Some researchers think so.

Wilkes University researchers looked at how music affects levels of IgA -- an important antibody for our immune system’s first line of defense against disease. Undergraduate students had their salivary IgA levels measured before and after 30 minutes of exposure to one of four conditions -- listening to a tone click, a radio broadcast, a tape of soothing music or silence. Those students exposed to the soothing music had significantly greater increases in IgA than any of the other conditions, suggesting that exposure to music (and not other sounds) might improve innate immunity.

Another study from Massachusetts General Hospital found that listening to Mozart’s piano sonatas helped relax critically ill patients by lowering stress hormone levels, but the music also decreased blood levels of interleukin-6 -- a protein that has been implicated in higher mortality rates, diabetes and heart problems.

According to a 2013 meta-analysis, authors Mona Lisa Chanda and Daniel Levitin concluded that music has the potential to augment immune response systems, but that the findings to date are preliminary. Still, as Levitin notes in one article on the study, “I think the promise of music as medicine is that it’s natural and it’s cheap and it doesn’t have the unwanted side effects that many pharmaceutical products do.” 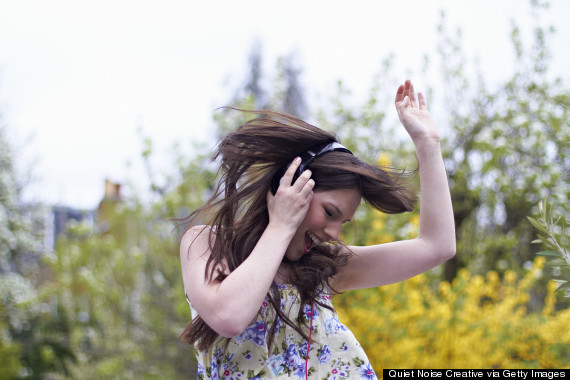 My now-teenage son always listens to music while he studies. Far from being a distraction to him, he claims it helps him remember better when it comes to test time. Now research may prove him right -- and provide an insight that could help people suffering from dementia.

Music enjoyment elicits dopamine release, and dopamine release has been tied to motivation, which in turn is implicated in learning and memory. In a study published last year, adult students studying Hungarian were asked to speak, or speak in a rhythmic fashion, or sing phrases in the unfamiliar language. Afterwards, when asked to recall the foreign phrases, the singing group fared significantly better than the other two groups in recall accuracy.

Evidence that music helps with memory has led researchers to study the impact of music on special populations, such as those who suffer memory loss due to illness. In a 2008 experiment, stroke patients who were going through rehab were randomly assigned to listen daily either to self-selected music, to an audio book or to nothing (in addition to receiving their usual care). The patients were then tested on mood, quality of life and several cognitive measures at one week, three months and 6 months post-stroke. Results showed that those in the music group improved significantly more on verbal memory and focused attention than those in the other groups, and they were less depressed and confused than controls at each measuring point.

In a more recent study, caregivers and patients with dementia were randomly given 10 weeks of singing coaching, 10 weeks of music listening coaching, or neither. Afterwards, testing showed that singing and music listening improved mood, orientation and memory and, to a lesser extent, attention and executive functioning, as well as providing other benefits. Studies like these have encouraged a movement to incorporate music into patient care for dementia patients, in part promoted by organizations like Music and Memory. 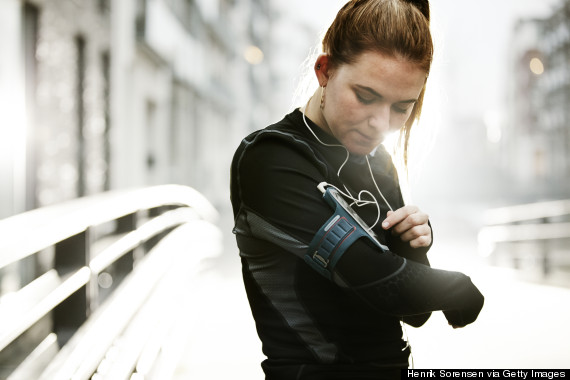 How many of us listen to rock and roll or other upbeat music while working out? It turns out that research supports what we instinctively feel: music helps us get a more bang for our exercise buck.

In another study, oxygen consumption levels were measured while people listened to different tempos of music during their exercise on a stationary bike. Results showed that when exercisers listened to music with a beat that was faster and synchronous with their movement, their bodies used up oxygen more efficiently than when the music played at a slower, unsynchronized tempo.

According to sports researchers Peter Terry and Costas Karageorghis, “Music has the capacity to capture attention, lift spirits, generate emotion, change or regulate mood, evoke memories, increase work output, reduce inhibitions and encourage rhythmic movement -- all of which have potential applications in sport and exercise.”