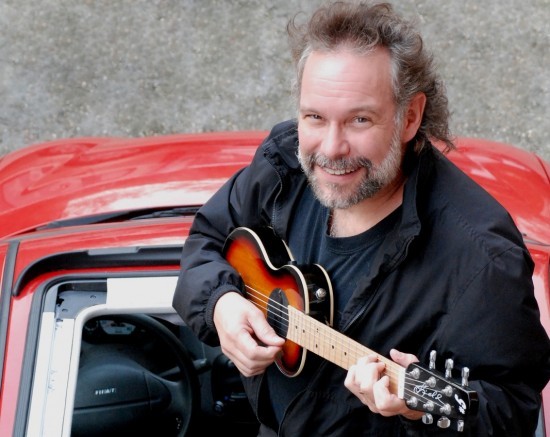 Rules of art were made to be shattered.

When broken by accident, that's gaucheness. When broken on purpose, well, that's style.

"Since I began playing music, I've known what type of music I've liked," says Gorka. "And it's not the mainstream stuff. Of course, I've been influenced by the mainstream stuff. But I think of myself as something of an insider, and I have always felt that it was better to really strongly affect a small number of people, than to reach a big number of people only superficially or temporarily."

With a tangle of songs that emotionally connect us all and leave a tender trace, John Gorka stimulates the cerebrum, keeps our smiles agile and fit and reconnects us with what really matters most in music: honesty. His atmosphere allows for the listener to feel his individualized attention, his lyrical tenderness, his care for the guitar and his true presence.

"The one instrument approach and the variety of music I play even calms me down," says Gorka. "I see my music as a refuge. I see it as a place where people can relax, take in the lyrics and I see it as a way for me to share that refuge."

At a time when perhaps a majority of members of society are looking inward, hoping to somehow boost their own sense of self-worth, John Gorka asks how he can amaze others. Inclusion is the first step in that process. 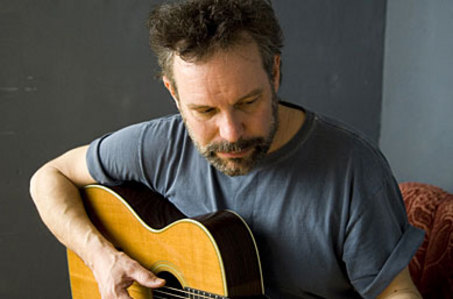 Gorka says that his alter ego takes over when he performs. In a jovial manner, he admits to being ill at ease mingling with folks in ordinary social settings. He re-discovers his core humanness and his substitute identity with the very first strum of the strings.

"I'm drawn to performing more than I am comfortable with it," says Gorka. "That's because I consider myself shy and socially awkward. It's more and more fun now and I enjoy it more than ever. On stage, I can connect with people in a way that I can't do off stage, because of that shyness. On stage, I can touch people in a way that I wish I could off of it."

What John Gorka says and plays is as important as where he says it and plays at. For the most part, Gorka can be found at quaint opera houses and performing arts centers, town square pubs and taverns and historic theaters.

"I've discovered some great places where people really listen to the music," says Gorka. "Most of the places aren't large or fancy places, but they are smaller places where amazing things happen with the basic, primal sound of one's voice, the rhythm of the lyrics, basic lighting and an audience. Godfrey Daniels in Bethlehem, Pennsylvania is one of those dedicated listening places that connects you in some magic ways."

What Gorka does so well is transform the place he appears at. Before the show, there is a hushed excitement, and after, a sense of appreciation. His musical values are permanent, deeply human and life-giving for the human spirit.

Solo outings in intimate venues appeal to the wondrous, poignant sides in human nature -- and few performers are as consistently touching as Gorka. For such a mirthful guy, some of his songs exude such a critical attitude toward the world.

Even after all of these years, Gorka, 55, is still a bundle full of nerves when he performs. It remains an act of mental training for him -- he effectively blocks out his inner timidity and concentrates on larger externals. There is always that fear that an anecdote will fall flat or a conversation will sour.

"I don't think I've ever known an artist or performer who seems more different on stage and off stage than John Gorka," says Ron Colone, producer of Live at Tales from the Tavern, a DVD of a 2013 performance by Gorka in Santa Ynez, California.

"On stage, he comes across totally comfortable, relaxed and in control, off stage he seems considerably less so -- straining for words, squirming in his skin, more self-conscious. He is kind, caring, courteous, quiet and funny as hell." 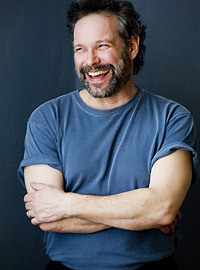 John Gorka understands that life is lived forward but it can only be understood in reverse. Perhaps this is highly speculative, but it's perfectly plausible to imagine that when the essayists and scholars look back at John Gorka, they will one day view him as an indispensable linear extension of American roots music.

"I don't mind calling myself a folksinger," says Gorka, "although, I'm not so sure that's what I am. I'm a blend of folk, rhythm and blues and gospel. It's been said that in folk music, the music is more important than the singer, and for me to become a folksinger, now that would be a real achievement."

"Gorka is a singer-songwriter and performer whose music loosely falls under the heading of folk music," says Colone. "But the traditions and the usual influences of that genre are rarely apparent in his works."

Ultimately, Gorka's notion of music has much to do with progress, with the advance of knowledge, with the evolution of individual style. His music isn't about hard sales; it's about being clear and concise.

"John Gorka's music has always been focused on the songwriting, the live performance and the audience," says David Tamulevich, Gorka's manager and friend for more than 30 years. "There is no hype or hyperbole to John Gorka, and he is true to himself, his art and his audience. As a person, he is solid, humble and grateful. As a performer, he has a place in the heart of his audience."
John Gorka is a serious artist, but he doesn't take himself seriously, says Colone.

"He is a masterful live performer," says Colone. "He is present in the present, responding to the mood of the audience and to every little sound and movement and stimulus in the venue to create a unique moment and dynamic connection that gives rise to an enjoyable one-of-a-kind journey."

When pressed to come up with three songs that define who he is, John Gorka lists 'That's How Legends Are Made,' 'Flying Red Horse,' and 'The Gypsy Life.' And then he tosses in a fourth, 'Morningside.'

One song he didn't include is a tune called 'When He Cries," which he compares his son's bawling and irritable facial expressions with the menacing persona of tough guy screen legend Charles Bronson. This short little song was repeatedly requested of Gorka throughout his recent tour in the Netherlands.

"Some of my songs didn't translate well," says Gorka. "But, this one worked. They seemed to like it there."

On the Road with John Gorka

Mark Twain once said that there was "no surer way" to find out whether you "like people or hate them than to travel with them." Gorka travels alone, and he altogether enjoys the company. In his journeys, he samples quirky slices of Americana, usually the vestiges of the American blues experience.

Whether poking around for a house that Son House reputedly once lived at in Rochester, New York, or perusing the murals and paintings of Lightnin' Hopkins in the bluesman's hometown of Centerville, Texas, Gorka knows what he is searching for.

In a conversation that switches from Leadbelly to Blind Lemon Jefferson to Charlie Patton, Gorka speaks of the historical sites of the blues with special charm.

"I love those types of things," says Gorka. "I find them very inspiring. What really inspires me are people who have done more with less, who went further and did more with less and found their way. I'm impressed by the fact that some of the old blues guys were not born with enormous gifts, but rather they were extremely focused on getting good."

Having crafted a hard-fought mélange of art, family, commerce and self-fulfillment, Gorka is mindful of the long, lean days of the past.

"My family gives me something to fight for," says Gorka, who lives in Minnesota. "It's beautiful to have a place to come home to, and the traveling makes my home life possible. Coming home to an empty room or a roommate, I imagine would be much different."

Three weeks from now, Gorka and his unique verve and homey anecdotes hit the road again. It's another round of layovers and solo lunch breaks, followed by a stage life of deeper interiority.

"Honestly, it's still a little scary for me," says Gorka. "The performance is still an act of scary fun. There are times when I don't realize how much I enjoyed myself until after the show was over. But I do my best to be in the moment, not to be one step ahead, or not to be one step away."

The artist in Gorka realizes that he has thoughts that need to be sprung, and sounds that wish to be heard, and a solar system of rich feelings that must be offered -- feelings that perhaps are much more precious to him when communed.