Music is a phenomenal creature.

The power of harmonic sound provides an ever-present soundtrack to our lives. Through the greatest of joys and even the times of challenge, music - through song and sound - has the capability to unite us, define us, and undoubtedly, move us.

There is no group that personifies this more at the moment than The Piano Guys.

The vibrant ensemble includes pianist Jon Schmidt, cellist Steven Sharp Nelson, producer/videographer Paul Anderson, music producer Al van der Beek, and others who contribute heartily behind the scenes. This group, who began producing innovative videos together in 2011 and were signed to Sony Masterworks in 2012, has taken the online world by storm. They have done this thanks to their ability to remind us that music is much more than sound to a beat - it is an experience. Through their reimagining of classical and modern tunes, inventive mashups that challenge the perception of what music can be, and original songs, The Piano Guys have garnered the adoration of fans around the world while earning critical acclaim that grows by the day. Now, after three successful studio albums and amassing more than 3 million subscribers to their YouTube channel (with over 500 million total video views), they have graced us with a fourth album to further challenge the idea of what can be done in the realm of music.

Wonders, released Oct. 7th, is the latest offering from The Piano Guys. In addition to new hits such as "Batman Evolution," a compelling mashup of 3 generations of Batman music, the album includes established YouTube favorites such as their mashup of "Let it Go" (from Disney's Frozen ) with legendary Baroque composer Antonio Vivaldi's "Winter."

With the new album in tow, and their latest tour in full swing, The Piano Guys took some time to tell me more about what drives their music, and what has driven their success. Here are some words from the group who says that they're just a "bunch of ordinary guys" whose story is "a miracle."

Marcus: [To Steven and Jon] You have music that is being heard by waves of people around the world. Music that is inspiring people whom you may never meet. Knowing this, describe what's in your mind before that first note - that first key or string - whenever you start a new song. 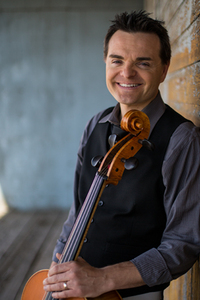 I think I'd be completely terrified if it weren't for my collaboration with my ultra-talented cohorts, who I consider to be my brothers, Al, Jon, and Paul. The process of writing with them is, in itself, inspiring. But even more than this, all of us would tell you that we'd feel totally lost if it weren't for prayer and trusting in God's inspiration. We can't really take credit. All the good ideas have been His. We just try to channel that inspiration and work and work until it comes. 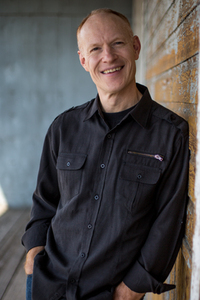 All four of us really relate to something that Elizabeth Gilbert (author of Eat, Pray, Love) expressed in a TED Talk. She explained how historically an artist at one time was not described as "being" a genius but "having" a genius, which suggests that great ideas are not generated within the artist, but that the artist is dependent on some sort of inspiration (an external genius) that may or may not choose to accompany them. She points out in her TED talk that her acceptance of this idea took away the added personal pressure she felt to the incessant question of: "how are you going to keep coming out with great new creations?" She says that if she felt it was up to her, the pressure would be too great. But since applying this idea she feels she can just "show up" each day and work in hopes that sooner or later something will spark the inspiration train.

This is the kind of insecurity that we also face. But it is at least helpful to let go of the idea that it all must come from within. So yes we really do pray... before every writing session, every filming session and before every performance... for that spark of inspiration to "show up" for us. We know how it feels when it comes. We rely heavily upon our faith and upon prayer.

Marcus: [To Paul] The YouTube videos that The Piano Guys have published have garnered tremendous success. Walk us through the thought process behind these videos. What is the vision as you try to convey and translate the beauty of the music through the video format? 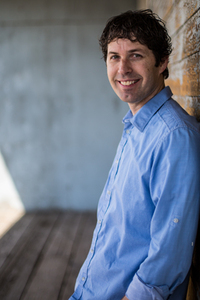 To me, the music is the most important component with the videos. My hope is always to try to complement the music or add to it rather than distract people from the feeling that the music provides. Taking these instruments to beautiful locations around the world definitely helps that. I get excited when I think of the places we can take a piano and cello, and get really excited when I know that nobody else has ever done it before. I feel we can do this for a very long time with the endless locations to film. Sometimes we will pick a location first, then the guys will write a song that fits the location; for example, the Great Wall of China.

But for the most part, I like to just listen to the song first over and over and while driving around Southern Utah and see what stands out. Once we find a location, we usually just show up and make things up on the spot and let whatever happens happen. We all contribute ideas on the video shoot and just have a lot of fun hanging out together.

Marcus: [To Al] As the Music Producer, you work with this vast blend of sound, melody, harmony, and more to help create the finished product. Talk about what it's like to help everything come together into the unique medleys and mash-ups The Piano Guys are known for. 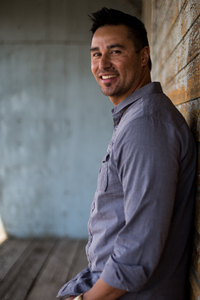 The studio is our musical playground. All of the sounds we create are discovered by constantly experimenting with new layers and textures. We love discovering new ways to create sounds with the cello and piano that people have never heard before and to do it in ways that have never been done before. Not many people know that all of the sounds you hear (with very few exceptions) are made by combining multiple cello parts and a piano. It's very exciting to collaborate together and to create a sound that is unique to us. The Piano Guys "sound" is a wonderful combination of multiple and individual musical backgrounds infused together.

Marcus: [To Steven and Jon] You two have performed together for quite some time. Talk about the musical synergy that you two have nurtured over the years - not only in playing the instruments and in sound, but in mood, vibe and spirit.

Steven: What a blessing that Jon and I met and began performing together long before Piano Guys ever got started. The mood, vibe and spirit of any musicians performing together on stage make or break a performance. We've had a lot of opportunities to develop this "chemistry" over many performances, but really it was always there from the beginning. Jon and I are so much alike in some ways, and so different in other ways. It's an uncanny balance.

I respect Jon so much. He is an example to me in so many things. I consider it one of my life's greatest blessings to have the opportunity to perform with him. He is genuinely talented and so naturally gifted, but maintains a sincere humility. His sense of humor is the reason our concerts make people laugh. His ability to memorize vast quantities of note combination is the reason people keep coming back. We authentically enjoy performing together and countless people have told us they can see it, hear it, and feel it in our performance.

Jon: I want to say ditto to Steve on this. Sometimes I perform with other instrumentalists and vocalists and it hits me again how cool and special our musical collaboration is. It really is a remarkable chemistry. No one emotes better than Steven Sharp Nelson. He is an incredibly solid musician and also the ultimate entertainer. His wit is quicker than any I have encountered. It is astounding to see him react to the unexpected things that are bound to happen in a show. It is a great feeling to know that I am performing with such a "big hitter."

Marcus: [To the Group] What can we learn from the journey and success of The Piano Guys?

The Piano Guys: If you would've asked us three years ago if we ever thought we'd be where we are today, we would all say, "No way!" There have been so many miracles throughout this journey that we could never take credit for any of this success. We have learned that anything is possible with a little bit of hard work and a lot of faith. We could've never done this without the support from our families, our fans and most importantly, God.