In Southern Switzerland, just a short train ride from Lugano, you'll find yourself in the tiny lakeside town of Ascona, which is packed with more outsized possibilities than its demure posture might suggest on the surface. With Lake Maggiore as a backdrop, Ascona hosts an open air market chock full of locally produced bounty every Tuesday from March 22 through October 11, while also serving as a departure point for shopaholics desirous of ferrying over to Italy for a day of shopping.

That said, the town's most powerful draw, particularly as summer rolls around, is music. In fact, with not just one but three major music festivals in Ascona and neighboring Locarno, you might even say that these are in fact the hills that are alive with music. 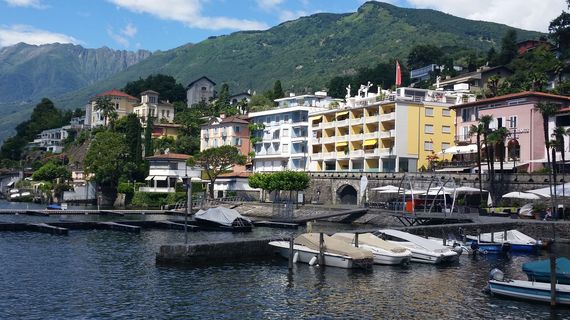 This annual jazz festival focused on classic jazz, contemporary jazz, the music of New Orleans, swing, mainstream blues, gospel and R&B is a music aficionado's dream. Every June, against the same magical backdrop that hosts the weekly spring/summer open air market referenced above, Ascona comes alive as music throbs in every corner of the city and music lovers literally dance and bebop in streets overtaken with swarms of revelers. Over the course of the 10-day festival, some twenty concerts are held each day in bars, restaurants and on the official lakeside festival stages as the party rages on, gloriously in tune, from morning to evening.

Best of all, weekday performances are free to those who can make them while an all access weekend pass to the festival costs just $20.

This year the festival takes place from June 23 through July 2 and includes performers ranging from Brooklyn based trumpeter, Hasani Arthur, saxophonist Da'Sean Jones, vocalist Carrie Jackson, The Bosman Twins and New Orleans' own Zydeco Revelators. How's that for diverse? To see the complete line up and find out more about Ascona Jazz Festival 2016 click here.

Taking place in Locarno, just 20 minutes away from Ascona, the annual Moon and Stars Festival is perhaps the most anticipated music event of the summer in the Ticino region...and with good reason. With the awe-inspiring Piazza Grande, the famous square with roots tracing back to Roman times, as an arena and a lineup of some of the hottest names in music performing, this 10-day pop-rock music festival is like a more civilized, less dusty version of Coachella.

In 2015, Sam Smith, Lenny Kravitz, Bob Dylan, Marina & The Diamonds and John Legend were among the event's headliners and 2016 promises more of the same. The already confirmed list of performers for 2016 includes Lana Del Rey, Pharrell Williams, Earth Wind & Fire, Tom Jones and Ellie Goulding among others.
For more information and a complete line-up of performers click here.

[Note: Time permitting, take a short trip over to Bellinzona, the capital of Ticino, where the town's three castles - Castelgrande, Montebello and Sasso Corbaro - and the campestral views they offer make the diversion worthwhile if only for the perfect selfie moment they guarantee.] 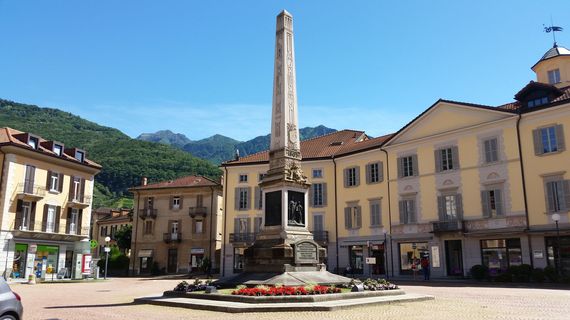 The Settimane Musicali is an annual music series devoted to lovers of classical music. With a history that traces back more than seven star-studded decades, the Settimani Musicali di Ascona has been graced with multiple performances by some of the most notable names in the classical genre. 2016 marks the 71st edition of the annual event which will this year focus its classical narrative on the first half of the 20th century with a particular reference to Impressionist composers including Claude Debussy and Maurice Ravel.

In total, the 2016 edition of Settimane Musicali will include thirteen concerts held at the church of the Collegio Papio in Ascona (a Swiss heritage site) and the Church of San Francesco in Locarno, the history of which dates back to the 14th century. In other words, there could not be two more stunning settings for this series.

Opening this year's program, which will run from September 5 to October 14, will be the London Symphony under the direction of Gianandrea Noseda. Other stars of this year's edition include: Philippe Jaroussky, the Chamber Orchestra of Europe and American pianist Stephen Kovacevich. For more information and a complete program click here.

[Note: While in Ascona, do shop the Via Borgo, be sure to sample copious amounts of Inzolia Sicilia (a crisp, dry Italian white wine) and if given the chance, don't pass up an opportunity to try the risotto and polenta as prepared in this part of the world because the experience will reset your thinking about both.] 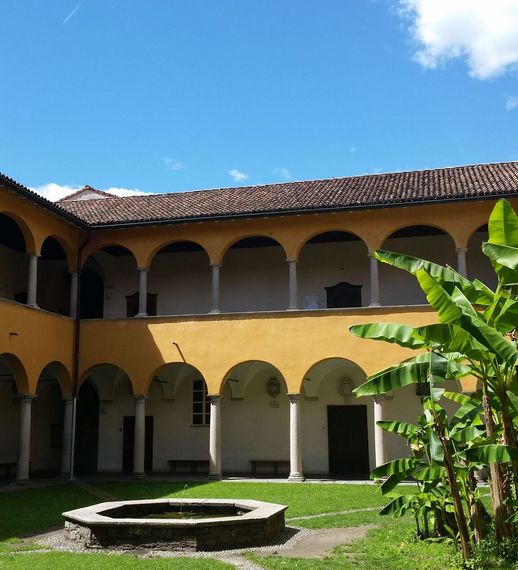