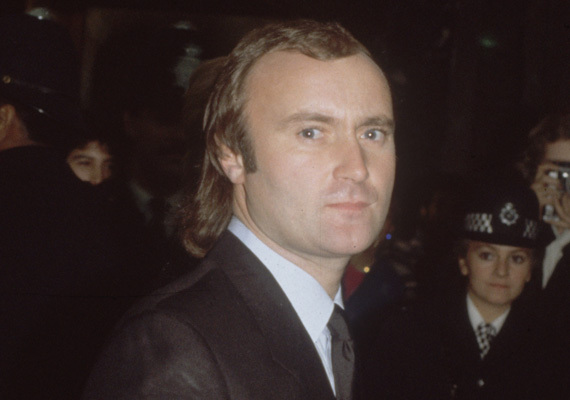 If you are old enough to grow up in the 1980s, you probably remember having a song from an album you love released as a single. It's not so much that a song you loved was recognized by the record company, but that you knew a 12-inch remix to that song was coming. Sometimes, that remix was a disappointing attempt to cash in on the remix craze and rip off the music fan. Other times, the remix made the song even more enjoyable.

In the 1980s, almost every single was turned into a 12-inch remix that was supposed to enhance the song. However, it was usually an excuse for a record company to make more money and also a way for dance clubs to take advantage of songs that could transfer to the dance floor. Some of my favorite 12-inch remixes were "Dancing in the Dark" by Bruce Springsteen, "Angel" by Madonna," "She Bop" by Cyndi Lauper, and "Nineteen" by Paul Hardcastle. But my favorite remains "Take Me Home," by Phil Collins, which served as the final single from No Jacket Required during the Spring of 1986.

"Take Me Home" already stood out as the best track on the album without the remix, and I was surprised they waited so long to release it. "Don't Lose My Number," the previous single, was released during the Summer of 1985. It's quite possible that "Separate Lives," another Phil Collins classic released a couple months later, delayed the single. Collins also made an appearance on the show Miami Vice that spring, so perhaps it was an opportunity for the record company, Atlantic, to promote his appearance.

I always thought "Take Me Home" was about suicide, but the hypnotic beat and distant (in a good way) vocals masked it into a more cheerful song. As a teenager who was having a lot of problems, I identified with the lyrics: "Take, take me home/Cause I don't remember/Take, take me home/Oh Lord, 'cause I've been a prisoner all my life/And I can say to you."

According to Songfacts, Phil Collins told VH1 Storytellers that the song's lyrics refer to a patient in a mental institution. He was inspired by the novel One Flew over the Cuckoo's Nest. From watching the video, many thought it was just about returning home after spending time in an unknown, but not necessarily bad, place.

What makes the remix to "Take Me Home" so mesmerizing is that it does everything a remix is supposed to do by keeping the charisma of the original song and enhancing it by making the hypnotic beats even more hypnotic and taking Collin's vocals and making them more prominent. It's not an entirely different song, like so many remixes of the 1980s that ruined so many songs.

The enhanced hypnotic beat in the remix of "Take Me Home" places your ears inside the prison, but doesn't put you in a somber state. The enhanced instrumentation makes you long for something better, like Phil Collins does in the song. And the enhanced echo put in Phil Collin's voice makes you feel like you are at a live concert listening to the song and swaying your hands along.