Hearing loss is practically an epidemic among young people in middle- and high-income countries -- and it's getting worse, not better. The World Health Organization said last week that 1.1 billion people ages 12-35 listen to personal audio devices at "unsafe volumes," risking permanent hearing loss. Worse, people who experience hearing loss don't always get the help they need fast enough, and they may not recognize that their behavior is risky to begin with.

The proliferation of smartphones, which provide easy access to music-listening apps and often come packaged with earbuds, coincides with higher hearing-loss statistics. There's basically no question that the two are related.

"Everyone's got something in their ears these days. That constant exposure is definitely causing an increase in hearing loss statistics," Dr. Diane Catalano, a senior audiology clinician at Duke University Medical Center, told The Huffington Post.

Here are a few simple things you can do to protect yourself from permanent, noise-induced hearing loss:

Get Headphones That Fit

That's a lot of phones. The problem is, the headphones that come with these devices aren't designed to fit perfectly into your ears, which means they let in a lot of ambient noise. People tend to crank up the volume on their devices to make up for this, Catalano said.

It's imperative that your headphones fit correctly, so you should test out a few different kinds before buying.

Earbuds should fit snuggly in your ears and isolate sound. The good ones come with a few different tip sizes, which let you pick which size best fills your ear. There's no such thing as "one size fits all." You can also get a custom pair made that molds perfectly to your ears, but be very careful about not pushing them in too far.

As for over-ear headphones: They should cover your ears completely and block out ambient noise.

Give Your Ears A Rest

The World Health Organization recommends that young people limit themselves to one hour of listening per day on devices like smartphones.

"You shouldn't have exposure to 80 decibels for longer than 60 minutes," Hall told HuffPost. "Give yourself a rest. Let your ears recover a little bit."

For reference, 80 decibels is equivalent to the sounds of city traffic or a garbage disposal. After several hours, this decibel level can be damaging to your ears. Consider that next time you're pumping music through your headphones.

Turn Your Smartphone Down

Smartphones don't always do such a great job telling you if you're listening at perilously loud volumes.

"There's really no reason that any of these devices should go up as far as they do," Catalano said.

On iPhones, Catalano said not to go above two-thirds of the volume bar. 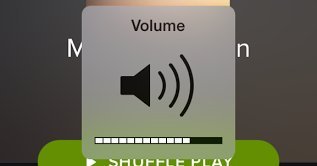 In 2013, the European Union mandated a volume limit on all personal audio devices -- including smartphones -- capping them at 85 decibels. The rule meant that people playing music apps like Spotify would have to bypass a warning to listen any louder.

There's no such requirement in the United States, but many Android phones do include a warning when you try to turn your volume to an unsafe level. iPhones let you set a volume limit in the device's settings.

But what good is a "no trespassing" sign next to an open door?

Even when you're not listening to headphones, your hearing could still be damaged in super-loud settings. Rock concerts, loud bars, sporting events, the subway, traffic jams and construction sites are all risky environments. Consider wearing earplugs to protect your ears if you know you're going to be somewhere loud for a long period of time.

V-MODA, a premium headphone maker, produces a line of $20 earplugs called Faders VIP, which the company says will block out sound up to 20 decibels. They're made to look like high-end earbuds, so you won't look dopey walking down the street with them on. Like the best earbuds, they come with multiple tip sizes so you can make sure they fit correctly.

"I had a hearing loss scare," Val Kolton, V-MODA's CEO, told HuffPost of his decision to manufacture earplugs. Kolton was used to a life around loud music, but his woes actually came from custom earplugs that pushed debris too far into his ear, thus creating temporary hearing loss.

"I had never had an ear wax problem, but it pushed it so far up that it was creating a rock," Kolton said.

The (gross, yet important) lesson: Never push anything that far into your ear. Doing so can cause a variety of health problems, including hearing loss.

You know not to listen to music too loud. You know to wear earplugs. Now you need to make sure your ears stay healthy.

Catalano and Hall both say people need to get screened for hearing loss from their health care providers.

"It should become something that's more thought about on the primary care level," Hall said.

Adults should try to get a hearing test every five or 10 years, according to Catalano. And even then, Catalano said that many people find out they've got hearing loss, but actually wait a few years for it to get worse before they actually do something about it.

As she put it to HuffPost: "The sooner we can get them assistance, the better."