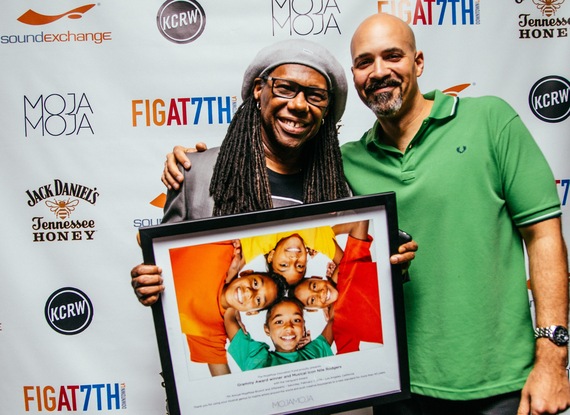 The MojaMoja Innovation Fund presented Grammy Award winner and musical icon Nile Rodgers with the Vanguard Award at the 7th Annual MOJAMOJA Brunch & Afterparty on February 7, 2015, in Los Angeles, California. Rodgers was honored for using his musical genius to inspire artists around the world and push creative boundaries to a new standard for more than 40 years. 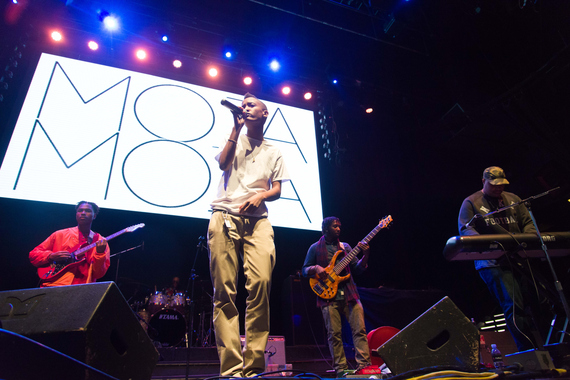 2015 Vanguard Award honoree Nile Rodgers is a GRAMMY® Award winning living legend who co-founded the band CHIC, distinguished as the "most sampled band in history". As a musical innovator, Rodgers is a composer, producer, arranger and guitarist who has a collection of productions that have sold more than 200 million albums and singles worldwide including Let's Dance (David Bowie), Like A Virgin (Madonna), and he has worked with such notable artists as Duran Duran, Mick Jagger, and Michael Jackson.

During his acceptance remarks, Nile said "I honestly am so humbled accepting this award because I just do what I love to do and have always done by pursuing my passion and making music". In 2014, Rodgers won Record of the Year for "Get Lucky", along with Daft Punk featuring Pharrell Williams at the 56th Annual GRAMMY® Awards. Signed to Warner Bros. Records, Rodgers is preparing the first new CHIC album in nearly 25 years set to release in March 2015, and has been named one of "the 50 Most Important People in EDM" in 2014 by Rolling Stone. 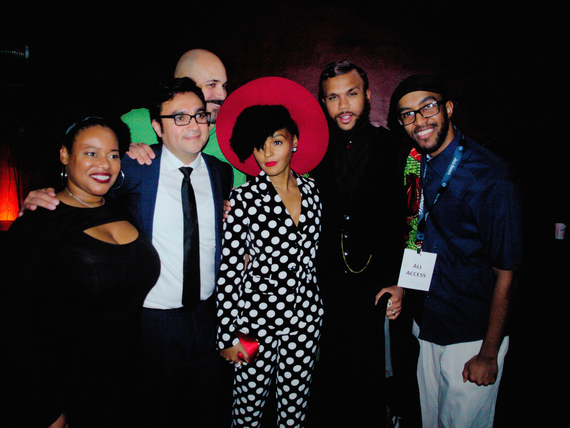 During the past six years, the MOJAMOJA has honored Rock and Roll Hall of Famers including George Clinton, Sly Stone and Mavis Staples with the Vanguard Award. While paying tribute to such iconic performers, MOJAMOJA has also served as a platform to breakout artists like Janelle Monáe, who performed at the inaugural MojaMoja Brunch in 2009, and made a surprise appearance at this year's event to celebrate Rodgers.

The event was attended by more than 350 guests and sponsored by FIGat7th and Sound Exchange. All of the artists donated their time to perform at the event to raise awareness and funds for the MojaMoja Innovation Fund; which supports initiatives and nonprofits working with underrepresented, multicultural youth pursuing education and job preparedness opportunities in science, technology, engineering and mathematics (STEM). 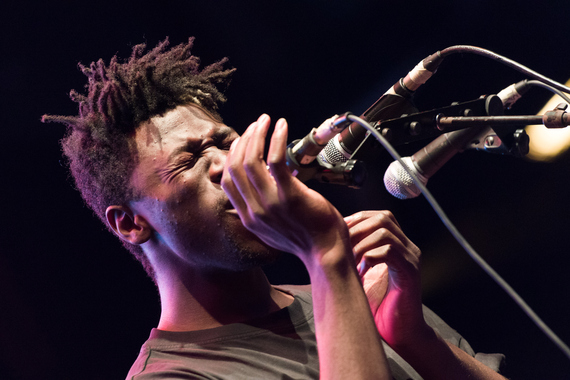