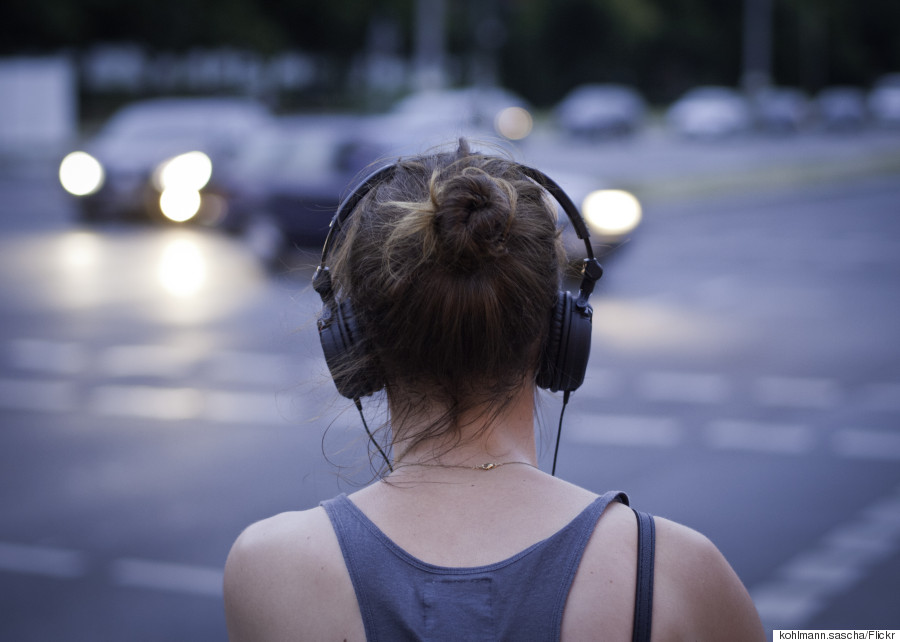 When I inherited my first car -- a beloved hand-me-down -- I was ecstatic. It was a smallish SUV that grumbled and shook like Anakin Skywalker’s dinky pod racer. But I was giddy at the thought of driving it around, and burned a handful of mix CDs for my long trek to and from school. Stalwarts included Sufjan Stevens and The Shins; blacklisted were "boring" classical tracks and the worst offender of all, country western crooning.

My 17-year-old self saw these choices as carefully selected identity markers. However, according to a recent study rooted in over 50 years of sociological research, taste -- especially taste in music -- is directly correlated with class.

University of British Columbia professor Gerry Veenstra surveyed a range of participants about their musical preferences, and found that likes and dislikes, from opera to reggae, are linked with wealth and education.

These findings seem at odds with the current narrative that the Internet has been a democratizing cultural force, or that it's now widely considered snooty, if not uninformed, to shun top-40 tracks. Music reviews like those on Pitchfork are fairly non-discriminate in terms of genre -- you're as likely to find pieces on jazz as you are hip-hop. But is this diversity the result of a genuine expansion of interests? And, if so, has taste finally been divorced from class? The answer, like Spotify's discoverability algorithm, is complicated.

Experts have long posited theories that cultural interests are predetermined by your lot in life, beginning with Thorstein Veblen’s The Theory of the Leisure Class and reaching a peak with French sociologist Pierre Bourdieu’s 1979 study, "Distinction: A Social Critique of the Judgement of Taste." Nothing, according to Bourdieu, “is more classifying than music.”

It’s not quite as prescriptive as it sounds, though. “Classifying,” to Bourdieu, doesn’t just mean sorting people into economic groups of varying value. Instead, he says taste can be attributed to different “fields,” which are then determined by intersecting “capitals,” “lifestyles,” and “habitus.” Essentially, engineers in France in the mid 20th century might’ve preferred Gershwin’s "Rhapsody in Blue" and other such “accessible” tunes. Meanwhile, in the '80s in America, this theory would illuminate a correlation between the wealthy and a predilection for jazz; middle-class and subversive rock; lower class and heavy metal.

This would at least begin to explain why, as a teenager, I wrinkled my nose up at most of the alternatives to my narrow range of interests. At the time I lamented the low ratio of miles I traveled to the number of country music stations available in Dallas -- a notably sprawling city. What I disliked about Tim McGraw et al. was that they seemed indistinguishable from each other, using lyrics like Mad Libs filled in with “dog,” “horse,” “gal,” and other such terms plucked from halcyon times. In retrospect, this bare revelation of the singers' emotions, untouched by metaphor or individual anecdote, was dull to me. Music should make you think and feel in nuanced ways, not zone out or partake in a watered down, collective pleasure -- or so I firmly believed. I’d have taken pride in how my favorite bands ranked on a 2009 chart analyzing and comparing SAT scores with musical tastes listed on Facebook.

Bourdieu would’ve slapped me with a petite bourgeoisie label in a second.

I was, in a word, priggish. But, I was a teenager, and like others my age, crafted lists or collages of beloved albums and novels, hoping they could stand in for a fully formed identity. “Anything but country,” I’d assert when asked what kind of music I preferred, as so many self-proclaiming “alternative” high school students would say. When I shared this observation with classmates, their responses varied. Those with similarly ramshackle modes of transportation, like my art school neighbor who saved up for a super-cheap VW van, agreed; he, for example, preferred lo-fi instrumentals and decidedly bad singers. Meanwhile, the cheer squad girls with pristine BMWs were almost invariably Pat Green concert attendees. Bourdieu's theory was at play here, in my pre-Internet exploration days of musical discovery; punk and indie listeners and their counter-culture identities bear resemblances to his new petite bourgeoisie and their opposition to the social status quo.

But, when I was in college, and around the time we collectively graduated from Limewire and other Napster-like programs to alternatives that focused on random discovery, my musical interests shifted. Thanks to algorithm-based streaming services, I was able to see the similarities between my love for Rilo Kiley and the country music I'd long shunned. I was finally able to see the beauty of intertwining genres, and, later, the venerability of artists remaining devoted to a more straightforward sound in an age when overlapping and newness is valued. Thanks to the freedoms and information provided by the Internet, I now have varied interests that you could collectively call my “taste.” My perception of my former habits is that they were embarrassingly closed-minded.

By Bourdieu's logic, this shouldn't be the case. With my middle class upbringing, my listening habits should be restricted to the "Carrie & Lowell" Pandora station. And while his impressive research made sense as recently as a few decades ago, I'm not the only one whose musical awakening runs counter to his findings today.

A slew of academics have cropped up in the past two decades opposing Bourdieu’s theory, and presenting an alternative: that “high-brow” is a dwindling label, and that a new marker of social status is the possession of a medley of interests, rather than a few, cherry-picked ones. Now that the whole world is available at the click of a mouse, possessing a breadth of knowledge is representative of ample leisure time. In short: it’s more socially valuable to like jazz and hip-hop, rather than one or the other, or neither.

This theory is called “cultural omnivorism,” and while compelling, Gerry Veenstra's new study claims it's bogus. Its findings imply that the Internet, and globalization, have actually done little in the way of influencing the link between status and artistic interests. That “high culture” is alive and well, and that openness to new genres among cultural mavens -- the grown-up 17-year-old elitists -- isn’t changing for the better. Though participants claimed to have “eclectic” music tastes, these self-categorizations proved in this case to be just that -- self-categorizations.

The study concluded by proclaiming “the odds of disliking classical music was more than eight times as high for the least educated respondents as for the best educated ones.” But, because Veenstra's respondents are a select sample size of Vancouver residents -- not all of them young -- it's necessary to consider other factors. Doctor Randolph Lewis, an American Studies professor at the University of Texas, offers a different vantage point.

Among Millennials, he's witnessed overlapping and cornucopian tastes that never existed before. "It seems that musical tastes have become far more eclectic among young people who grew up digital," he told The Huffington Post. "Back in the 1980s, the metal fans were often working class, just as the classical and jazz fans skewed upward as you might expect. Nowadays, it’s harder to pigeonhole someone by their musical tastes."

But, he adds, that doesn't mean class lines aren't drawn in ways other than genre. Lewis cites music volume and quality of devices as class dividers, but it can be even subtler than that.

“Are your song selections eclectic in a manner that seems coolly ironic and knowing or problematically uncool?” he said. “Even if regular folks can access ‘elite’ musical forms on the Internet in a new way, Americans can never hide their class identity as much as they would hope.”

Still, I’m hopeful that things are slowly shifting, if not only based on an ethnographic study of… well, myself. Last weekend, I went back to Texas for a friend’s wedding. Said friend and I have always been drawn to each other for our differences. So, although we were close, I was unprepared for the amount of two-stepping and Garth Brooks crooning involved, and mostly sat at my assigned place setting feeling embarrassingly uninformed and uncultured. I felt mostly like a snooty killjoy for not expanding my tastes to include those of others, but also like a person who should’ve studied up more on the genre -- or at least dance along, even without knowing the words.

For me -- and I think for others -- Bourdieu's theory stopped making sense around the same time my rumbly SUV stopped jump-starting, and trips to the record store became impossible -- and unnecessary. With free, unlimited access to an ocean of genres, I've dipped my toes in most of them, and have enjoyed quite a few. And, at the next country western wedding I attend, I assure you I'll be on the dance floor.