Alfred Hitchcock never thought music should merely inhabit the background of a film.

Hailed as a master of suspense, Hitchcock was also a master in the use of music. The celebrated director knew music could convey emotion in ways images could not. The soundtracks to many of Hitchcock's best films take on a role of their own, becoming at times like characters in the story being told on screen.

Throughout his more than 50 year career, Hitchcock employed some of greatest names in film music -- including Bernard Herrmann (Psycho, Vertigo, and North by Northwest), Franz Waxman (Rebecca, Suspicion, and Rear Window), Dimitri Tiomkin (Shadow of a Doubt, Strangers on a Train, I Confess, and Dial M for Murder), and Miklos Rozsa (Spellbound).

The latter score won an Academy Award, while a handful of the others were nominated for an Oscar. Despite the fact it did not win, some consider Herrmann's music for Vertigo the greatest Hollywood film score of all time. 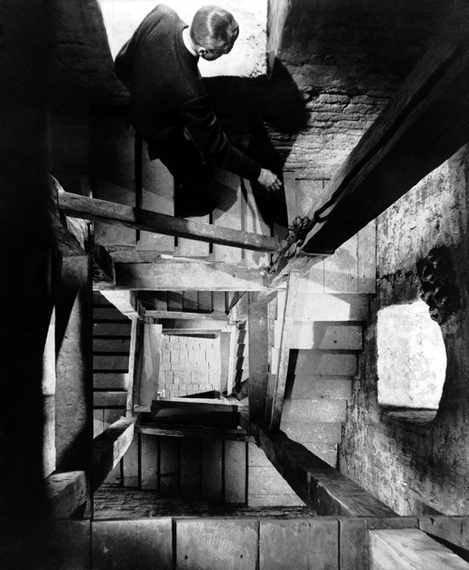 This week, the www.sfsymphony.org kicks off a special series of presentations celebrating Hitchcock and music. The series includes presentations of The Lodger: A Story of the London Fog (1927), a silent movie with organ accompaniment, Vertigo (1958), with the world premiere presentation of the full score performed live, Psycho (1960), and an evening of excerpts from Hitchcock's other classic films hosted by the Academy Award winning actress Eva Marie Saint.

Joshua Gersen makes his SFS debut conducting these three special orchestral presentations. (For those curious as to how a symphony might accompany a film with sound, it should be noted that the original recorded soundtrack has been removed, with only the spoken dialogue and sound effects retained.)

Steven Smith, author a 1991 book on the music of Bernard Herrmann, Hitchcock's most frequent collaborator, observed "Hitchcock learned his craft making silent films, and said throughout his career that he avoided making movies that were 'pictures of people talking.' Instead, he used sound to heighten emotion, whether through natural sounds without music or through full-blooded scoring." The scores being presented are without a doubt full-blooded.

The series opens on October 30 with Psycho, considered one of the acclaimed director's greatest and most thrilling films. Hitchcock's granddaughter, Tere Carrubba, will introduce the film, and sign memorabilia and books after the performance. Psycho screens October 30 at 8 pm with live orchestral accompaniment with Gersen leading the San Francisco Symphony.

Audiences will experience an early realization of Hitchcock's genius with the presentation of The Lodger: A Story of the London Fog. Organist Todd Wilson makes his San Francisco Symphony debut improvising an accompaniment to the silent film on the Davies Symphony Hall's Rufatti Organ.

Notably, The Lodger introduces themes and filmic techniques that run throughout Hitchcock's later work, such as the innocent man on the run and the use of ominous camera angles and claustrophobic lighting. Hitchcock had made previous films, but in later years he referred to this early work made in England as the first true "Hitchcock film." The Lodger: A Story of the London Fog (1927) screens October 31 at 7:30 pm. It is a seldom seen film not to be missed.

The music for Vertigo was composed by Bernard Herrmann, with the film shot on location in the San Francisco Bay Area. One hour prior to the presentation, Steven Smith will give an informal talk on the working relationship of Hitchcock and Herrmann. Smith is the author A Heart at Fire's Center: The Life and Music of Bernard Herrmann (University of California Press).

The Hitchcock series concludes on November 2 at 8 pm with a presentation of "Hitchcock!--Greatest Hits," in which the San Francisco Symphony performs excerpts from celebrated scores from a number of Hitchcock's best known movies.

The films include are To Catch a Thief, with music by Lyn Murray; Strangers on a Train and Dial M for Murder, both scored by Dimitri Tiomkin; and Vertigo and North by Northwest, scored by Bernard Herrmann. North by Northwest star Eva Marie Saint serves as host for the evening, guiding audiences through some of the most famous scenes from Hitchcock's most famous films. Gersen leads the San Francisco Symphony in this special compilation evening.

Thomas Gladysz is an arts journalist and film enthusiast. He is also the founding director of the Louise Brooks Society, an online archive and international fan club devoted to the iconic silent film star who played Lulu. Gladysz has organized exhibits on the actress at the San Francisco Public Library, and introduced the actress's films at the Castro and Balboa Theaters and elsewhere around the world.