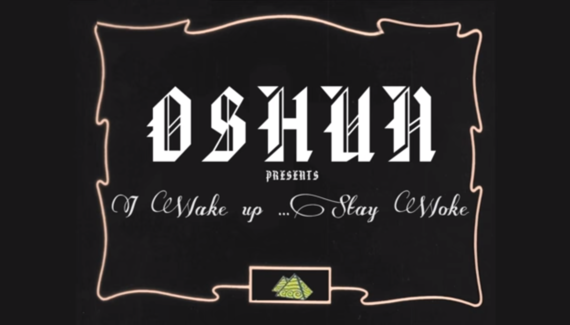 Oshunites get ready for yet another dope visual of OSHUN's track "i wake up / stay woke" from their full length mixtape ASASE YAA (2015). OSHUN finally blesses us with their theatrical skills. Somebody give them a show deal because this was too good!

The video was directed, shot and edited by Chelsea Odufu (Chel$y O / @chelsthe director_), also known for her upcoming film ORI INU: In Search Of Self.​ ​

OSHUN performed for AfroPunk 2015, in addition to the AfrikCan Festival and most recently Brooklyn Museum's Target First Saturday's as the headlining act. Most recently, they performed on RedBull's 30 Days In LA series as the sole opening act for Raury!