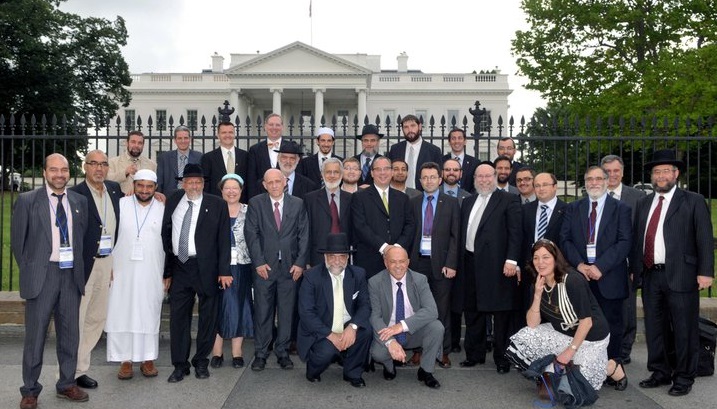 Secretary of State John Kerry performed an important public service on May 20 by personally announcing the release of the U.S. State Department's 2012 Report on Religious Freedom, which contains the disturbing findings that anti-Semitism and Islamophobia are on the rise in countries around the world. Bad news is never welcome, yet Secretary Kerry deserves praise for highlighting the dangerous growth of anti-Jewish and anti-Muslim bigotry and for making a compelling case that both Islamophobia and anti-Semitism are closely related pathologies that should be opposed by people of conscience everywhere.

The State Department's linking of anti-Semitism and Islamophobia is not a new development. From early in the Obama Administration, Hannah Rosenthal, former Special Envoy to Monitor and Combat Anti-Semitism, and Farah Pandith, the Special Representative to Muslim Communities, made frequent joint public appearances to show that Jews care about Islamophobia and Muslims about anti-Semitism.

The State Department's sobering report makes clear why it is that despite disagreements on aspects of the Middle East conflict, Jews and Muslims need to stand united against Islamophobia, anti-Semitism and other forms of bigotry. The report showed that anti-Semitism is increasing in the Middle East and parts of Europe and South America, while anti-Muslim bigotry is growing across Europe and parts of Asia. It showcased notorious expressions of anti-Semitism by government officials and religious leaders, particularly in Venezuela, Egypt and Iran, while noting the rise of anti-Semitic xenophobic movements in European countries like Hungary, Greece and Ukraine. It also showed that anti-Muslim mass movements are growing in European and East Asian countries, and that some countries have placed onerous restrictions on freedom of expression by Muslims such as banning the wearing of headscarves and the building of minarets.

"Holocaust denial and glorification remained troubling themes, and opposition to Israeli policy at times was used to promote or justify blatant anti-Semitism," the report said. "When political leaders condoned anti-Semitism, it set the tone for its persistence and growth in countries around the world."

On the issue of Islamophobia the report specified: "Government restrictions, which often coincided with societal animosity, resulted in anti-Muslim actions that affected everyday life for numerous believers. The impact ranged from education, to employment, to personal safety within communities."

This week, June 4-5, The Foundation for Ethnic Understanding and the Islamic Society of North America will co-sponsor a Mission to Washington of Muslim and Jewish Leaders from South Africa, Australia and New Zealand. The Mission is expected to be especially transformative for South Africa; opening lines of communication between key Muslim and Jewish leaders in a country where there has been a complete breakdown of relations between the two communities.

Since 2007, FFEU has helped bring together Jewish and Muslim organizational leaders in the U.S. and Europe who had previously never talked to each other. Each November, thousands of grass roots Muslims and Jews around the world take part in our Weekend of Twinning, during which members of synagogues and mosques in more than 25 countries hold joint programs. In 2009, we sponsored a Mission to Washington of European Muslim and Jewish Leaders and in 2012, a Mission to Washington of Latin American Muslim and Jewish Leaders to give high-level participants from both communities the opportunity to learn about the "American model" of Muslim-Jewish relations. The European leaders have since held conferences in Brussels and Paris to develop a continent-wide coalition against Islamophobia and anti-Semitism, and to combat growing legislative and judicial efforts in European countries to ban religious practices central to both Islam and Judaism such as circumcision and ritual slaughtering. Latin American Jewish and Muslim leaders will be taking part in our upcoming Weekend of Twining.

Our approach to building Muslim-Jewish ties around the world has been successful both because it is morally just and because it is in the interest of both communities. In the U.S, and Europe, prominent Jewish leaders have played an important role in recent years in countering demagogic campaigns to demonize the vast majority of decent and loyal Muslims for the terrible crimes of a few terrorists. Meanwhile, courageous Muslim leaders have spoken out against Holocaust denial; in the process helping to combat anti-Semitic extremism in their own community.

The hard truth is both Jews and Muslims are imperiled in many parts of the world. We are most effective in confronting these dangers by pooling our efforts and truly becoming our brother's keeper. In the process, we are instrumental in sharply limiting fear and resentment of the "Other" in our respective communities and in the diverse societies in which Jews and Muslims live side by side. The time for action is now.

Rabbi Marc Schneier is President of the Foundation for Ethnic Understanding. He is co-authoring a book entitled Sons of Abraham with Imam Shamsi Ali, the spiritual leader of the Jamaica Muslim Center in New York, which will be published this September by Beacon Press.