Students and young professionals from around the world have gathered in Sarajevo, Bosnia to exchange experiences and fight prejudice and hatred. They represent different cultures and races and speak dozens of languages, but they share either one of two identities: they are all Muslims or Jews.

As religious tensions flare and Islamophobia and snti-Semitism plague societies, these courageous young people are determined to forge a future of greater peace and understanding.

The conference is the fourth organized by The Muslim Jewish Conference (MJC), a Vienna-based organization whose goal for the conference, according to their website, "is to provide the next generation with a learning experience for life and a positive outlook for establishing intercultural relations and sustaining Muslim-Jewish partnerships."

In three years, the MJC has attracted more than three hundred young leaders from fifty countries to lead and participate in conferences in Vienna; Kiev, Ukraine; Bratislava, Slovakia, and now Sarajevo.

Jay Schultz, an American currently living in Israel, and Shanza Ali, who is from London, spoke to The Huffington Post from the conference. Both explained how they have taken advantage of this unique opportunity for an open and honest dialogue with the "other" that seems impossible at home.

"I came to the conference from Israel where I don't get to interact with Muslims outside the Israel Arab debate," Jay explained. "Butt for me, the theology is so interesting, what it means to both the be the descendants of Abraham and work together together to create 'chesed' or kindness in the world. Being able to discuss how to work hand-in-hand is not something I get to do with Muslims in Israel because of the conflict."

For Shanza, the university life in the United Kingdsom is where she finds the divide between Muslims and Jews. "The conference gives me the opportunity to interact with Jews from so many backgrounds, but most of all I have made some incredible friends. I am in the gender and religion project at the conference and we are working together to find solutions to mutual problems we face on that topic. The conference has proven intellectually and spiritually beneficial."

Sichrovsky explained that each year they look for outstanding applications from Muslims and Jews who have an important perspective to share, but who are also interested in listening to the perspectives of others. The conference also acknowledges that it is not only important to have a good balance between Jews and Muslims, but also a balance between the more secular and more religious participants.

When asked about the organizers measure of success, he was quick to mention the six committees that the participants work on, including conflict transformation, anti-Semitism and Islamophobia through cinema, hate speech and its influence on public opinion, introduction to Judaism and Islam, gender and religion, and education and the effects of historical narratives.

But when it comes down to it, success is something much more basic.

"It's not always what you can measure, but the fact that young Muslims and Jews from around the world would journey out of their countries daring to believe something is possible that everyone says is impossible." 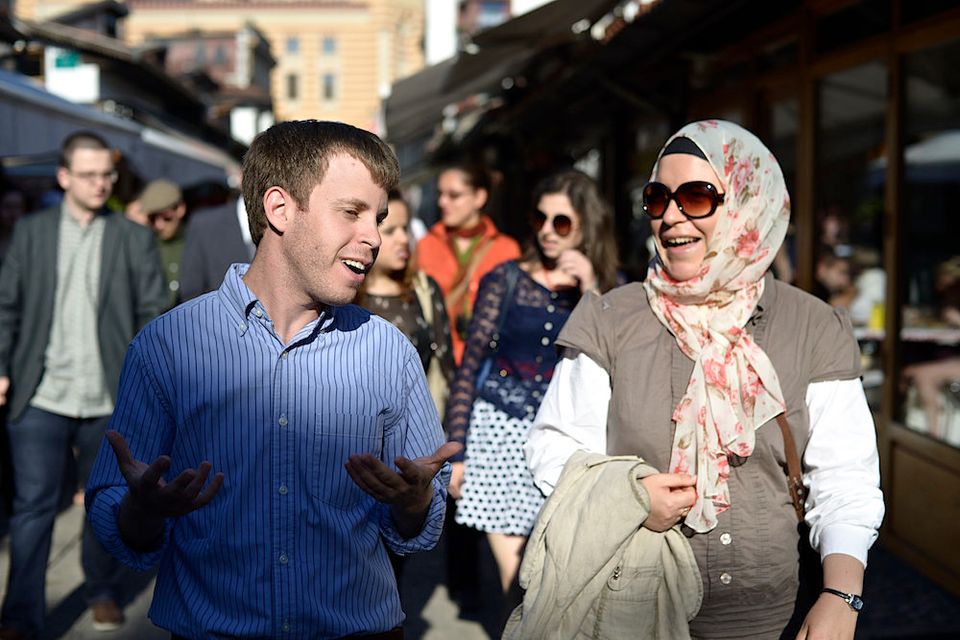