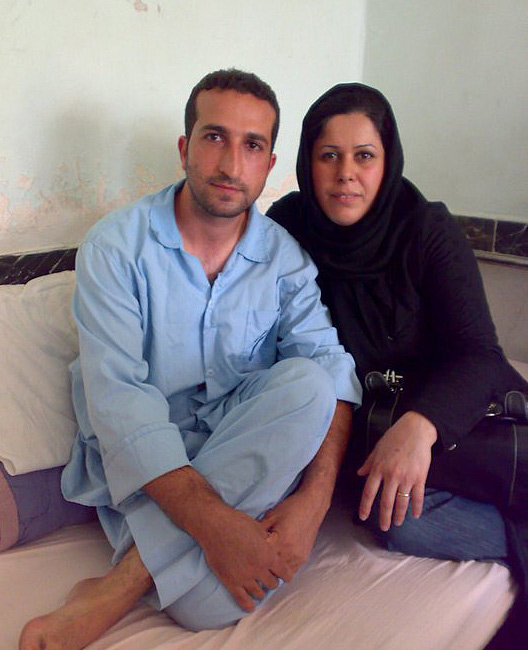 In Iran, Pastor Yousef Nadarkhani faces the death penalty for the "crime" of leaving Islam as a teenager and converting to Christianity. A translated Iranian Supreme Court brief from 2010 states that 32-year-old Nadarkhani "is convicted of turning his back on Islam, the greatest religion, the prophesy of Mohammad at the age of 19." While there is widespread public outcry of support for his specific case, some are speaking broadly about the punishment for apostasy. Many -- Muslim and non-Muslim -- mistakenly believe that Islam supports this barbaric practice.

Nothing could be further from the truth. Islam prescribes absolutely no punishment for apostasy. If one were to assume that Islam prescribes some sort of punishment for a person who chooses to leave Islam, that would invariably mean that Islam forces one to be a Muslim against their will. But chapter two of the Holy Quran emphatically denies this possibility, stating "there shall be no compulsion in religion." This is an unambiguous declaration protecting freedom of conscience and choice.

Sadly, there are unfortunate souls within the Muslim world arguing that this verse only applies to non-Muslims, thereby meaning that only a non-Muslim cannot be compelled, whereas a Muslim can be compelled or coerced in matters of religion. This argument is patently absurd. Islam affords its followers freedom of conscience and religion, with no threat of coercion or compulsion in matters of faith. They are not answerable to any person or government in regards to their conscience.

The Quran is replete with this instruction that everyone has the fundamental freedom of religion. In Chapter 18, it says, "This is the truth from your Lord; then let him who will, believe, and let him who will, disbelieve." Why is this so difficult for these so-called Islamic "scholars" to understand? They spit in the face of the religion they claim to defend by not only violating these teachings but then falsely attributing their vile sense of justice to the tolerant faith of Islam. The allegation that Islam advocates the use of force to spread or maintain itself does not originate from a study of the sources of Islamic teachings. Rather, it originates from a study of the conduct of some so-called "Muslim" states.

In fact, we read more about this principle in Chapter 10 of the Holy Quran when God speaks to the Prophet Muhammad and instructs him to say to all people: "O mankind, the Truth has indeed come to you from your Lord. Then whoso follows the guidance, follows it only for the good of his own self, and whoso errs does so only to his own detriment. I am not appointed a keeper over you." So if the Prophet himself is not appointed as a keeper to enforce faith over people, then who in the world do these governments think they are to appoint themselves as keepers over people? The only example of those killed were not because they left Islam but because they joined an opposing army at war with Muslims.

In addition to violating Islamic law, Iranian courts are also in violation of international law. In 1975, Iran ratified the International Covenant on Civil and Political Rights (ICCPR), Article 18 of which states: "No one shall be subject to coercion which would impair his freedom to have or to adopt a religion of his choice." The U.N. Human Rights Committee recognized in 1993 that Article 18 ensures the right to replace one's current religion or belief with another and forbids coercion that would impair this right.

As a state party to the ICCPR, Iran is obligated to defend the right of individuals to practice the religion of their choice and to change religions if they so choose. Even the Iranian Constitution states in Article 23: "The investigation of individuals' beliefs is forbidden, and no one may be molested or taken to task simply for holding a certain belief." Apostasy is not a crime under any of these codified laws.

Unfortunately, some jurists, including Ayatollah Khomeini (whose teachings hold a privileged position in contemporary Iranian courts), have ruled that the penalty for apostasy is death. But Islam, as well as international law (and even general human decency), dictate that Iran is committing injustice. I call upon the government of Iran to live up to the true principles of Islam and to let Mr. Nadarkhani go free, and then to repent for making a mockery of not only their authority but also of Islam.

Click Here to receive updates from Harris Zafar on HuffingtonPost.com.