Muslim feminist Hind Makki of the "Side Entrances" blog was having a rough day after reading tweets and Facebook statuses mocking International Women's Day. Adding insult to injury, the man behind the remarks was Islamic scholar Shaykh Abu Eesa Niamatullah of the Al-Maghrib Institute, who has almost 20,000 Twitter followers.

Int'l Women's Day is great, but starting tomorrow, it's 364 International Men's Days again, so stick that in your oven and cook it.#IWD 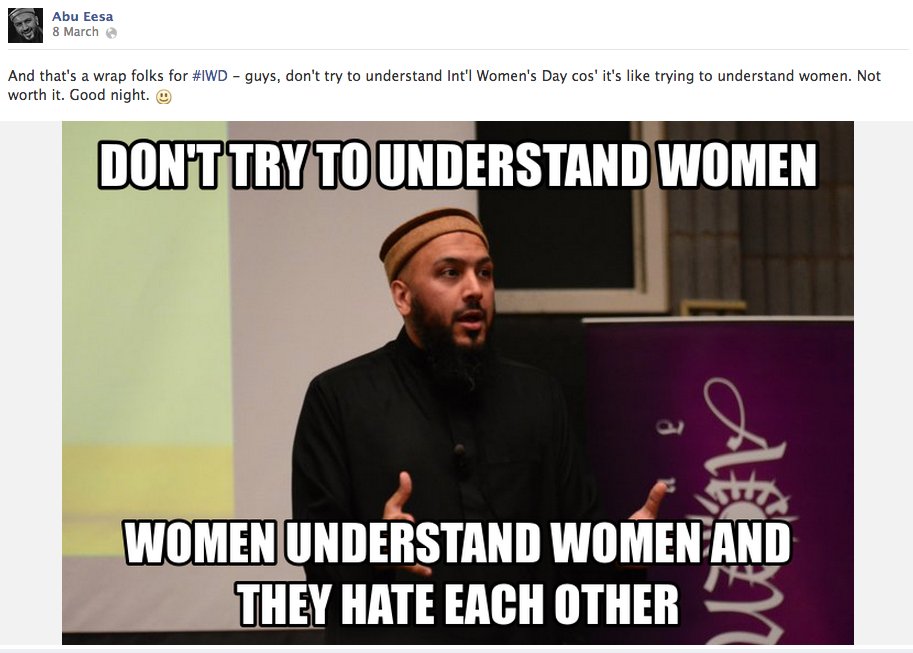 His comments did not go unchallenged by other commenters, both male and female, who called him out for his statements.

Makki decided to focus on the positive, issuing a call-out to recognize Muslim male allies, who stand with women for equality and empowerment.

And from the way Twitter responded, it's clear that there are many of them.

#MuslimMaleAllies is trending. Side benefit of a sexist imam voicing his POV: a conversation has started #muslim

The Muslim men who stood behind @aminawadud as she led a mixed congregation prayer in 2005. #MuslimMaleAllies http://t.co/tcMG7S83nL

Thankful for the #MuslimMaleAllies who know that it's more than just talk that surrounds any sort of progress in the Muslim community.

my Baba. #MuslimMaleAllies who has provided a loving and supportive environment for me to learn and grow

If you pat yourself on the back because -unlike other men- you don’t restrict women’s lives, you’re part of the problem #MuslimMaleAllies

.@mohammed_shamma for calling for female imams, and for women & men to pray side by side in dignity & equality ##MuslimMaleAllies #WHM