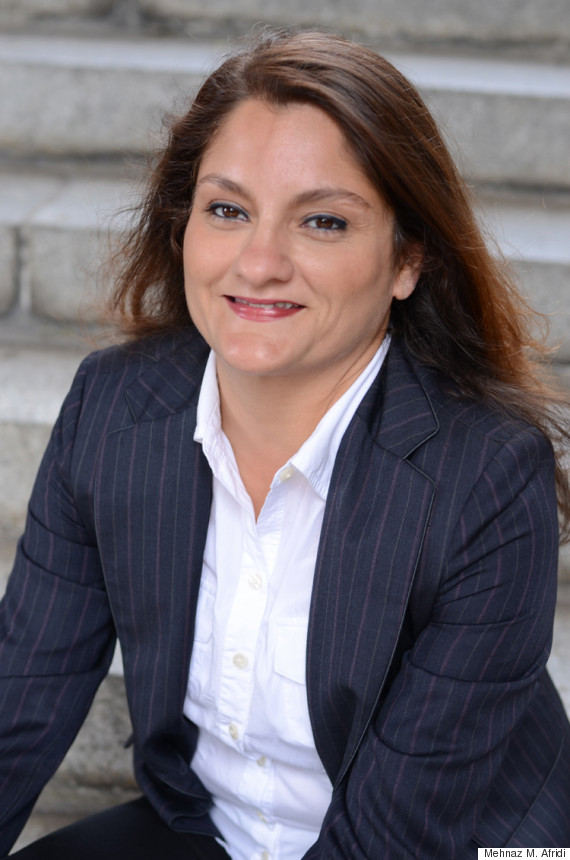 So much is not working in today's all-important global and national interfaith dialogue that it's a pleasure to report on something -- actually someone -- working quite well at building bridges of understanding and cooperation among Muslims, Jews and Christians.

So meet Dr. Mehnaz Afridi, the Muslim director of the Holocaust, Genocide and Interfaith Education Center at Manhattan College in New York City.

You're thinking: "A Muslim woman as director of a Holocaust Center at a Catholic college? You are not serious."

That's exactly what some skeptics were thinking -- some of them shouting -- when she was appointed. They're not thinking or shouting that now -- after she has quickly established an enviable record of building harmony and collaboration across the New York interfaith community and well beyond.

Manhattan, a Lasallian Catholic College in the Riverdale section of the city, was founded in 1853. Dr. Afridi, a Muslim scholar, joined the faculty there four years ago as assistant professor of religion and director of the Center.

(Full disclosure: I am a Manhattan College alum and a former trustee of the college.)
Dr. Afridi has earned some impressive plaudits:

Samuel G. Freedman, religion columnist for The New York Times: "Dr. Afridi [is] both a valued intermediary and a visible target in the troubled relations between Muslims and Jews."

Joanne Palmer, The New Jersey Jewish Standard: "It is both a surprise and an ongoing act of courage that Dr. Mehnaz Afridi, who is the Director of the Holocaust, Genocide and Interfaith Education Center at Manhattan College in Riverdale ... has chosen to devote her life to it ... and she is quick to say that she is but one of many doing similar things."

Michael Berenbaum, former director of the Research Institute at the US Holocaust Museum: Her work is "almost a dream come true."

And what is that work? A sampling:

This week, two signature events will occur at Manhattan College: On Monday, "The Mitzvah Project," a combination of theatre, history lesson and conversation in which an actor and child survivor, Roger Grunwald, will explore one of the most shocking aspects of the Jewish experience during the Second World War. On Wednesday, Janet Pfeffer Vignola and "Salt of the Earth," will share the experiences of three families before, during and after the Holocaust.

YHS Fellowship: Bridging Faiths Through the Holocaust. Three Manhattan College students (two Catholic, one Muslim) and three Yeshiva students have met monthly with three survivors to record, take notes and film a story about survival after the Holocaust.

Anti-Semitism/Islamophobia Seminar: Preparations are underway for a Spring, 2016 conference during which twelve scholars (Jews, Christians and Muslims) will examine this topic.

NYFaithLeadersAgainstExtemism: A website for this task force-information is under construction. A related conference, open to the public, will feature panels addressing this critical issue historically and critically.

But is Mehnaz Afridi scalable? Can we hope that her example will spread interfaith understanding, trust and tolerance here and abroad? There may soon be a test: Her next book, "Shoah Through Muslim Eyes (The Holocaust History Literature Ethics and Philosophy)" will be published in July.

The book blurb: "In Shoah through Muslim Eyes," the author discusses her journey with Judaism as a Muslim. Her book is based on the struggle with anti-Semitism within Muslim communities and her interviews with survivors. Rejecting polemical myths about the Holocaust and Jews, Afridi offers a new way of creating understanding..."

But that's much more than just a blurb. It's a challenge for all of us to understand what Mehnaz Afridi has begun -- and to replicate it many times over.

Executive Producer of "Business In Society"