This story is part of a series on Muslim college students.

We asked Muslim students across the country what they'd like non-Muslims to know about their student life. These are their responses.

I think if I wanted non-Muslims to know anything about my student life, it's that although we have struggles that are particular to following our faith, such as finding time to pray in between classes, we are for the most part going through the same phase in life as any other college student is. We are trying to come into our own personalities, find out who we are and where we fit into our communities.

The one thing that may differ is that at times it feels like we're trying to carve a space into communities that seem to fundamentally misunderstand us and reject us on face value because we are Muslim. So I'd say it's the same struggles, just nuanced differently depending on our context.

I would like non-Muslims to know that we have the same struggles as you.

If any non-Muslim has any fears or concerns regarding Muslims on campus or Islam in general, please just contact your local Muslim Student Association and just talk to a Muslim for a bit. 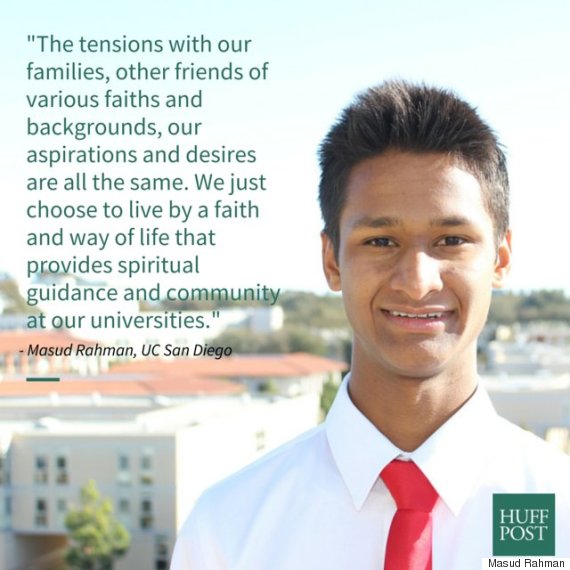 Tesneem Alkiek
Senior at the University of Michigan; from Michigan; studying Islamic studies with a minor in early Christianity, religion

My entire student life -- classes, social activities, studying, you name it -- revolves around my five daily prayers. Before I even register for classes, I'm making sure that three-hour evening lab won't interfere with my sunset prayer. All it takes is five minutes five times a day, but those few minutes force me to think about where I'll be throughout the entire day and if I'll be able to excuse myself to follow a command of God. It's my secret in maintaining self-discipline and organizing my time well.

What people need to realize is that Muslims are just people. 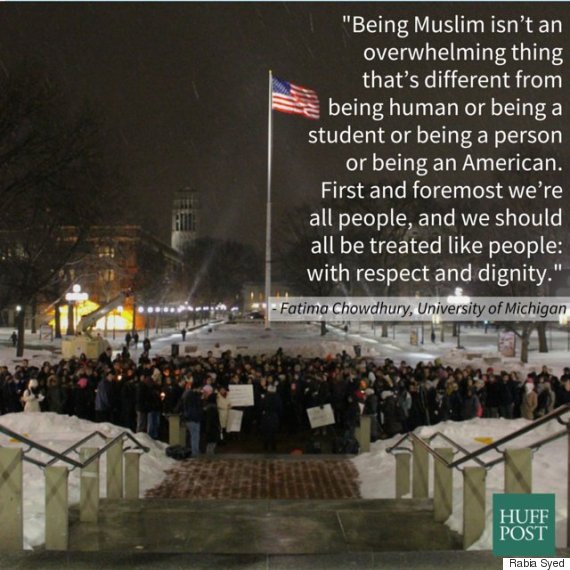 If you’ve never met a Muslim, you’re only getting the images that you see in the media. And -- at the moment -- that’s not how we are. That’s not compatible with what Islam stands for.

I want people to understand that we are just human beings. When tragedies happen -- because I feel like Islam is not discussed unless it’s in the context of some tragedy -- we’re just as affected as the next guy. We’re just as hurt, we’re scared, we’re just as angry. We’re going through the same emotions they are. To cut us off, or say “You can’t feel that, because it’s your people who did that” -- that makes no sense.

I want people to see me as a real person. I don’t want my personality and my religion to be exclusive. I’ve had people go, “You’re so nice, I almost don’t see your headscarf!” I understand that they’re trying to be nice, and I get that. But at the same time, I want you to know that I’m nice and I want you to see my headscarf, because those are both parts of me. I don’t want people to think that I should sacrifice part of myself for another part of myself. These two things can coexist. 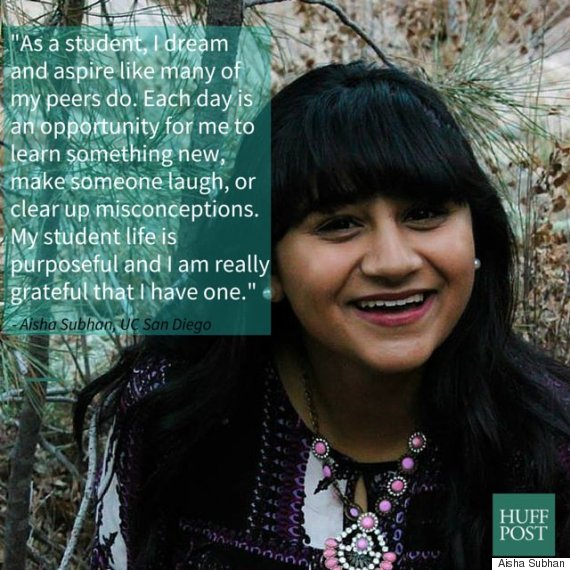 [These photographs] really show my view of my experience as a Muslim student:

Experience As A Muslim Student