Look out, folks -- come February, there's a new superhero in town. Like other superheroes, Kamala Khan has an alter ego (teenager living in Jersey City), a special power (shape shifting) and a code name (Ms. Marvel). But take a closer look and you'll find something that there is something not so "normal" about her -- she's Muslim. Yes, you read that correctly. The lead of Marvel Comic's newest series is a Muslim, female and Pakistani-American. How's that for diversity? 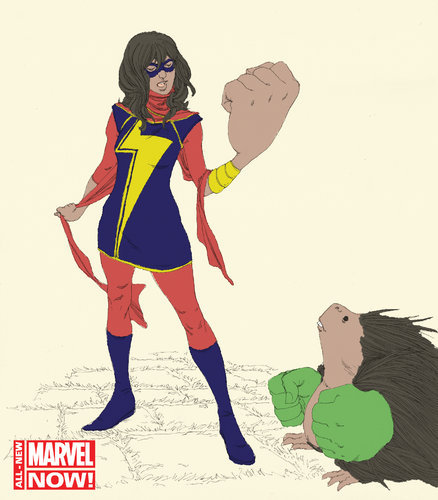 Kamala joins a small but growing number of Muslim characters in the comic book world. These include Marvel's own abaya and niqab-wearing Sooraya Qadir (a.k.a. Dust), who first appeared as part of the X-Men comic series in 2002. Marvel's main competitor, DC Comics, also introduced Muslim characters as part of its Batman and Green Lantern series in 2011 and 2012, respectively. This begs the question, then: Are Muslim characters just a marketing gimmick brought in to draw more readers? Or are they part of a movement to make the supernatural world more of a reflection of the diversity found in the real world?

As a Pakistani-American and former Spiderman aficionado myself, I'm sincerely hoping it's the latter. Even if there is a profit-incentive in the mix (and what good business can ignore that?), it's not every day that a girl from a minority background can open up a comic book -- or any book for that matter -- and relate to the main character depicted in its pages. And at an age when kids want nothing more than to be accepted by their peers, the realization that their culture or religion precludes them from this can be difficult. A superhero like Kamala Khan changes all that. Young girls can finally look up to a strong, kick-butt character that not only looks like them but also is experiencing the same issues that they are.

The way the series came to light reflects that concept as well. The comic developed out of a conversation between Sana Amanat and Steve Wacker, two editors at Marvel. Amanat was relaying some funny experiences growing up as a Muslim-American, and the two realized how few female superheroes, especially those with cultural specificity, existed. They took their story to G. Willow Wilson, a comic book writer and convert to Islam, and found her eager to join as the series writer. And just like that, Kamala Khan was born.

The creators are quick to point out that the series is not about what it means to be Pakistani, Muslim or American. "Those are just cultural touchstones that reflect the ever-changing world we live in today," Amanat said in a statement. It is also not evangelical. "It was really important for me to portray Kamala as someone who is struggling with her faith," Wilson said. Other struggles include family expectations. "Her brother is extremely conservative," Amanat said. "Her mom is paranoid that she's going to touch a boy and get pregnant. Her father wants her to concentrate on her studies and become a doctor." 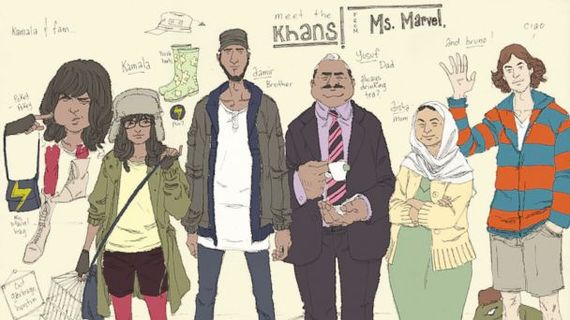 Trust me. I personally know a lot of people who can relate. Even the picture of Kamala's Pakistani family looks very familiar. And for those who don't identify with the culture or religion, they certainly know the feeling of being "different" at some point in their lives. "It's for all the geek girls out there and everybody else who's ever looked at life from the fringe," series writer G. Willow Wilson said in a press release.

Amen, sister. I just wish I had something like this to read while I was growing up. Perhaps I'll break the comic book hiatus and pick up a copy in February to relive my teenage years through Kamala's eyes. Better late than never, right?