A group of Muslim women has taken to Facebook to express its anger with FEMEN, the Ukrainian feminist group famous for its topless protests.

On Thursday, FEMEN organized demonstrations in different European cities under the name "International Topless Jihad Day." FEMEN protested against what the group called Islam's oppression of women, and also to raise awareness for the plight of Amina Tyler, a 19-year-old FEMEN member who sparked a massive controversy in Tunisia by posing topless with the slogan "Fuck Your Morals" written across her chest.

However, FEMEN's action on behalf of Muslim women was far from universally appreciated. The same day as the group's demonstrations, a separate group of Muslim women created a Facebook page called Muslim Women Against FEMEN, to distance themselves from the "Topless Jihad Day." They argue that FEMEN's member's do not speak in their name, nor does the group's message advantage Muslim women's plight.

This group is primarily for muslim women who want to expose FEMEN for the Islamophobes/Imperialists that they are. We have had enough of western feminists imposing their values on us. We are taking a stand to make our voices heard and reclaim our agency. Muslim women have had enough of this paternalistic and parasitic relationship with SOME western feminists. The group is open to all, muslim and non muslim, men and women.

All throughout Friday, women used the hashtag #MuslimahPride to voice their opinion on Twitter and uploaded photos to the group's Facebook page denouncing FEMEN's message.

In a photo on the Muslim Women Against FEMEN Facebook page, an organizer poses FEMEN-style -- only with clothes -- with a sign saying "Nudity does not liberate me and I do not need saving." 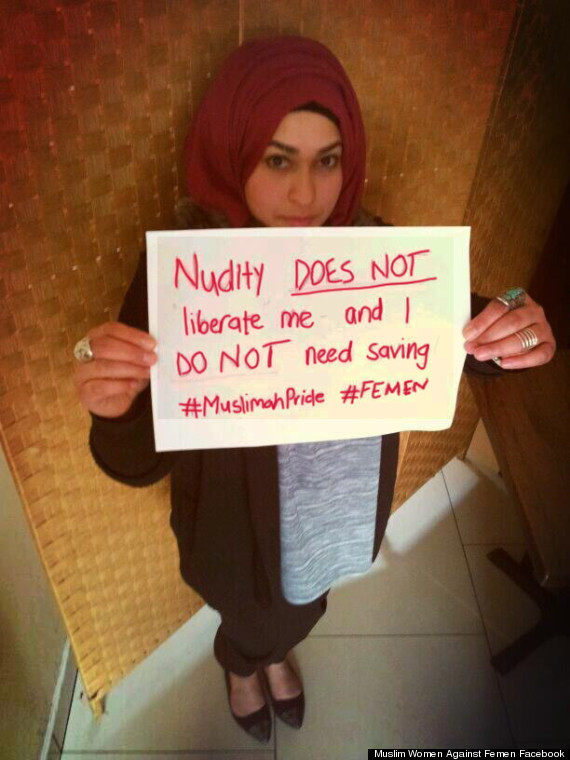 "Femen stole our voice" and "Femen, I am a strong woman, do I look like I need imperialists to free me from oppression," other signs read. 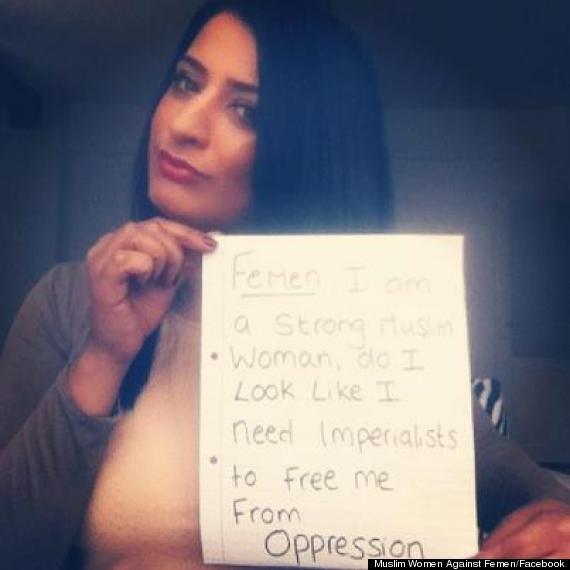 In a conversation on HuffPost Live, D.C.-based Muslim activist Ilana Allazeh criticized FEMEN's use of stereotypical images like turbans and beards. She added that she found the concept of "International Topless Jihad Day" racist and offensive to Muslim women.

Pakistani-American feminist Farah Rishi pointed out that while protesting topless may seem an effective tool in a European context, the concept translates differently in the Middle East -- making it perhaps not the most appropriate form to get across the message.

FEMEN leader Inna Shevchenko replied to the Muslim Women Against FEMEN action, saying that "through all history of humanity, all slaves deny that they are slaves."

"They say they are against Femen, but we still say we are here for them," Shevchenko told HuffPost UK. "They write on their posters that they don't need liberation but in their eyes it's written 'help me.'" 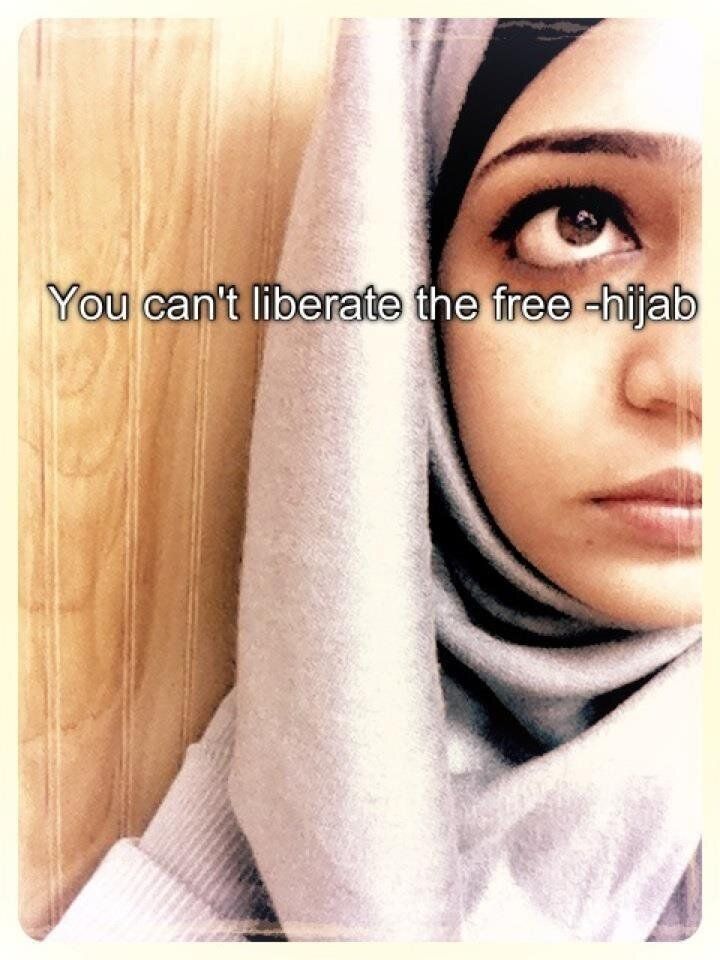