The #BlackLivesMatter movement has been able to highlight the issue of police brutality against Black Americans, with a public exposure past activists could only dream about. For the one-third of the American Muslim community that is Black, this exposure has been a sigh of relief.

There has been much support for #BlackLivesMatter among American Muslims. Baltimore activist, Tariq Toure, sparked the #NoJusticeNoLebron hashtag, calling for Lebron James to not play basketball until the murderers of 12-year old Tamir Rice are convicted. Toure is just one of many Muslims involved. Basheer Jones leads the Cleveland Renaissance Movement. Linda Sarsour took part in a 9 day #MarchForJustice from New York City to Washington DC. Bassem Masri was on the ground livestreaming from Ferguson from the dawn of the protests. The chant of Baltimore teen and poet, Mohammed Tall,"I got a target on my body, somebody please protect me," is an anthem for #BlackLivesMatter activists in his city.

Despite this strong support from many American Muslims, some in the American Muslim community still reluctantly ask: Why is #BlackLivesMatter our movement?

Most importantly, #BlackLivesMatter is our movement because Islam, from the beginning, took a stand against senseless violence. The Prophet Muhammad(Peace be Upon Him) came to a people who would bury their newborn daughters alive. The Quran speaks against this barbaric practice, saying, "And when the girl who was buried alive is questioned for what sin she was killed, when the record is laid open...then each soul should know what is has brought"(Quran 81: 8-14).

Killing without justification is something that Muslim children around the world know all too well. Muslim children murdered by US drones in Pakistan or Israeli missiles in Gaza, are victim to the same militarized, state-sanctioned violence as Black youth in America.

The connection between marginalized communities, based on their common oppression by systems of racism and militarism, has been especially strong recently. This connection has been notably pronounced between Black and Palestinian communities, with Palestinians and Ferguson protesters tweeting in solidarity with one another. 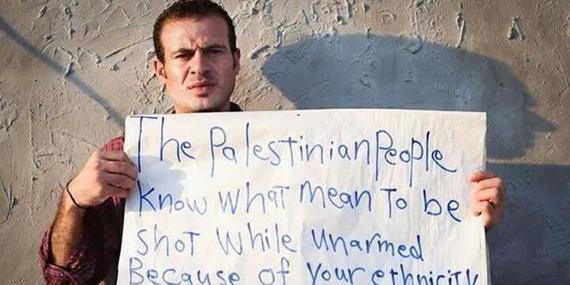 This Palestinian man tweeted this picture, holding up a sign saying,"The Palestinian people know what [it] mean[s] to be shot while unarmed because of your ethnicity #Ferguson #Justice."

Black activists from organizations like Dream Defenders, Hands Up United, and #BlackLivesMatter took a trip to Palestine last winter, reciprocating that solidarity.

Upon returning from the trip, Tef Poe, co-founder of Hands Up United, said,"There is no grey area in right or wrong. This is one of the greatest catastrophes in the history of human rights...What's happening in Palestine is bloody murder."

Fast forward to the 20th century and state-sanctioned violence against Black Americans was still ubiquitous. Some of the most prominent opponents of this injustice were Muhammad Ali and Malcolm X, Muslim Americans who were able to have an indispensable effect and influence on the Black American psyche.

The chorus of Kanye West's song "Power" says,"No man should have all this power," in reference to a New York City Police Department officer's statement after witnessing Malcolm X so easily and effectively control a crowd of over 4,000 people. With the simple motion of his hands, Malcolm was able to rally and disperse the crowd, gathered in opposition to New York City police brutally beating Johnson X Hinton, a Black man. Malcolm's drawing 4000 people in protest to this event was able to ensure Hinton proper hospital care. Had he not done so, Hinton would probably ended up dead in the street. Malcolm X would also sue the city and win, in what would become the largest police brutality settlement in New York City history at the time. 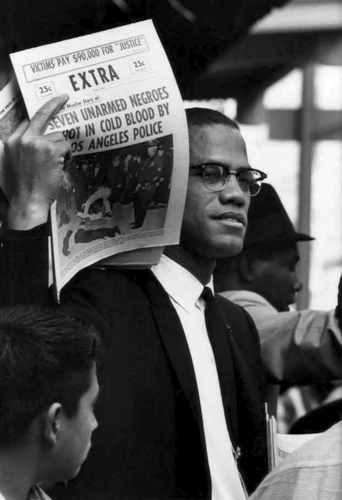 Social justice and standing up to systematic oppression is a rich part of American Muslim history. If American Muslims are to reject #BlackLivesMatter, we are effectively rejecting the legacy of people like Malcolm X and Muhammad Ali, pillars of the history of Islam in America.

In order to stay honest to our racially egalitarian theology, honor the legacy of staples within the history of Islam in America, and stay consistent in our opposition to state-sanctioned violence, it is imperative that American Muslims support #BlackLivesMatter.