KABUL, Afghanistan (AP) — The Afghan president on Tuesday urged insurgents to abandon violence and accept offers of reconciliation from the government, using the Muslim holiday of Eid al-Adha to issue a plea for peace. (Scroll down for photos.)

President Hamid Karzai spoke a day after Taliban leader Mullah Mohammad Omar distributed a holiday message of his own, saying that insurgents plan to increase operations nationwide and denying once again any efforts at rapprochement with the Afghan government. On Tuesday, insurgent attacks killed two Afghans with government links and one NATO service member.

Karzai has increased overtures toward the Taliban over the past year as part of an effort to coax the insurgent group into negotiations, including pushing for the removal of Taliban fighters from travel blacklists and setting up a peace council as the formal mediation body.

"I request and hope that all our brothers and countrymen who are unhappy or have taken weapons against their own people and country for any reason, that they welcome the peace efforts of the Afghan people and accept a happy and safe life through the High Peace Council," Karzai said.

Dressed in his trademark striped cloak and peaked fur cap, Karzai spoke outside the mosque at the presidential compound. He addressed journalists after attending prayers with Cabinet ministers, lawmakers and high-ranking government officials.

Tuesday marked the start of Eid al-Adha, or feast of sacrifice, when Muslims traditionally slaughter sheep and cattle in remembrance of Abraham's near-sacrifice of his son.

The Taliban have repeatedly said they are not open to negotiations, and Mullah Omar reiterated the point in his message, which was e-mailed to media outlets a day ahead of the holiday.

Mullah Omar also appealed for funding from Muslims around the world, a sign that NATO's intensified campaign against the Taliban may be hurting the militants far more than they have acknowledged.

Rumors of back-room talks with Taliban officials have increased this year, as Karzai's Western backers have become more open to a negotiated solution that would make it easier for them to draw down troops. The U.N. has removed some Taliban operatives from its blacklist at Karzai's request, though the Afghan government is pushing for more names to be taken off.

Karzai has also stepped up his criticism of international troops, shifting from decrying civilian deaths and excessive use of force to saying that night raids should cease and that NATO needs to cut its troop numbers. Karzai told The Washington Post in a weekend interview that "the time has come to reduce military operations."

"Bursting into homes at night, arresting Afghans, this isn't the business of any foreign troops," he said.

But violence has continued to rise along with the surge of U.S. forces. More than 600 international troops have been killed in Afghanistan this year, the vast majority of them American.

A NATO service member was killed in an insurgent attack in the east on Tuesday, the coalition said without providing further details. The majority of forces in the east are American.

Though the focus of the recent NATO push has been in the south, heavy fighting has continued elsewhere in the country and increased in some formerly peaceful areas. On Sunday, five NATO service members were killed in a single insurgent attack in the east. NATO did not say where the troops were killed. So far this month, 34 international troops have died in Afghanistan.

In Kunduz province in the north, two Afghan men with government ties were killed by a bomb that had been hidden near the grave of one of their relatives, according to Deputy Provincial Police Chief Abdul Rahman Aqtash.

One of the men who was killed, Haaji Bisimillah, was a member of the High Peace Council. The second, Islam Mujahid, had run for parliament in September's poll, though he did not win a seat.

The men were visiting the grave of Mujahid's brother when the bomb went off, killing both of them and wounding four others, Aqtash said. Many Afghans visit the graves of relatives on the Eid holiday and Aqtash said the bomb appeared to be targeting the two men. 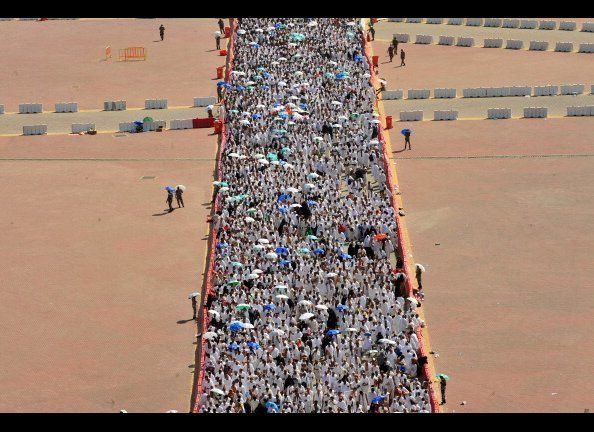