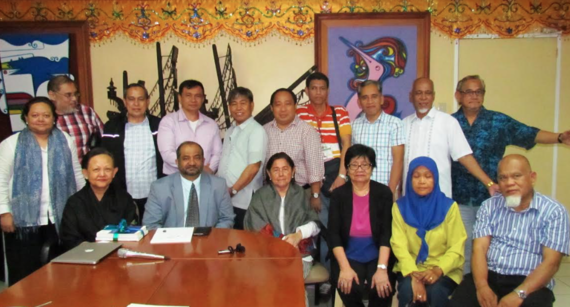 Muslims of Philippines break my heart. They are beautiful, devoted and sincere, but also poor, marginalized and living directly or indirectly under the shadow of war for nearly four hundred years.

Muslim presence in the islands that now constitute the modern Philippines date back to the fourteenth century. But for much of their history, Muslims in Philippines have been fighting against invasions and efforts to reform and govern them by, Chinese, Japanese, the Spanish, the Americans and now the Filipinos.

There are anywhere between 5-10% Muslims in Philippines, a vast majority of them living in the southern Island of Mindanao. The challenge to integrate Muslims within the modern state of Philippines remains one of the main political issues for this rapidly developing and emerging nation of predominantly Catholics.

The mainstream society is concerned with Muslim rebels, demands for autonomy and even independence, the terrorism committed by some groups and the potential rise of extremism. Until the US tried to subsume the Moro struggle under the umbrella of war on terror, this issue was primarily of autonomy and accommodation. Now it is part of the war on terrorism. For Mindanao Muslims, the issue is about preserving culture and religious heritage and also land rights in the face of Christian migration to their islands that has made them a minority in their own homeland. They also suffer from neglect and bad governance, living in the poorest of neighborhoods and the most underdeveloped of provinces.

I am here in Manila to speak on a Plenary session on Federalism at the annual conference of the Philippines Society of Public Administration. The conference has been hosted by De La Salle-College of Saint Benilde, one of Philippines' most dynamic academic institutions with a truly global perspective.

On the sidelines of this conference, I met and interacted with Muslims of Philippines and had some fascinating conversations about Islam and democracy, about nation states, revival and reform of Islamic thought and the state of Muslims as minorities.

My first visit on November 02, 2016, was to the Philippines Center of Islam and Democracy, on the campus of the University of Philippines headed by one of the most prominent and internationally renowned Muslim advocate for democracy and peace, Amina Rasul. I made the case for the compatibility of Islam and democracy and pluralism based on Islamic sources. I also explored the call for "Islamic reform" and its ramifications to Muslims who live as minorities; a reality that I as an American Muslim shared with the academics, community leaders and intellectuals who attended the dialogue.

From their questions, I realized that the Muslim leaders of Philippines were very concerned by the narrow interpretations of Islam that were being imported from the Middle East and the rising extremism on the fringes of the society. The leaders themselves want to advance an understanding of Islam that would be open to democracy, interfaith tolerance and gender equity. They also were deeply disturbed by the rise of Donald Trump and the attendant Islamophobia in America. They seemed genuinely puzzled and a bit frightened by the prospect of someone like Donald Trump becoming the President of the United States. You can read more about the dialog by clicking this link.

One of the highlights of my trip was the opportunity to meet and have lunch with former Senator Santanina Rasul. Senator Rasul was the first Muslim female Senator of Philippines and is considered as one of the stars on the nation's political firmament. It was a great honor that she came to listen to me and as I met her, she is now 87, I lamented the fact that a few extremists are maligning a community that has given this world such distinguished and path-breaking leaders like her. 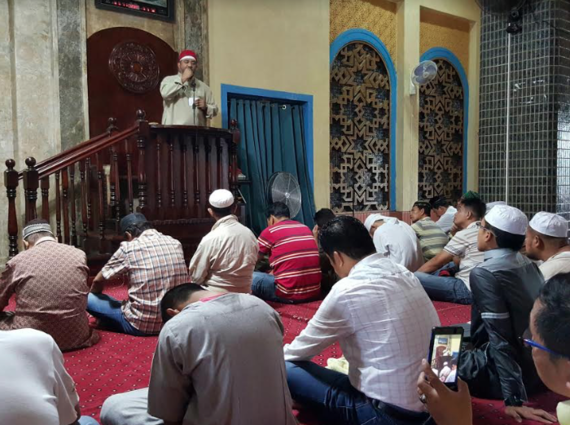 On Friday, November 4th, the Filipino Muslims extended me an extraordinary honor. I was invited to give the Friday sermon at the Blue Mosque in Manila. It is one of the grandest mosques in the area with a huge following. I spoke to them about the essence of peace in the Islamic tradition and the importance of education and knowledge accumulation. I invited them to focus on encouraging pursuit of higher education, to build interfaith relations, to focus on development and to inculcate pride in their own culture while adhering to their religion. I reminded them of the responsibilities they have towards the safety and well-being of their community and their neighbors. I had an hour-long question and answer session with some of the congregants and it gave me some insight into their socio-political reality.

Muslims, who live as minorities in democratic societies have their own unique problems. Integration, assimilation and faith preservation is always a concern. The rise of Islamophobia and right wing politics is a growing challenge globally. And in many places, like Kashmir in India, Mindanao in Philippines, for Kurds in Turkey, movements for autonomy and self-determination further complicate citizenship and community development. Muslims in Philippines however do have a national agency, the National commission on Filipino Muslims, to guide and coordinate their efforts to integrate and develop.

I felt welcome and honored by the Muslims of Philippines. I hope I was able to bring some ideas, insights and inspiration to them.

Dr. Muqtedar Khan is Professor at the University of Delaware and a Senior Fellow with the Center for Global Policy. His website is www.ijtihad.org.